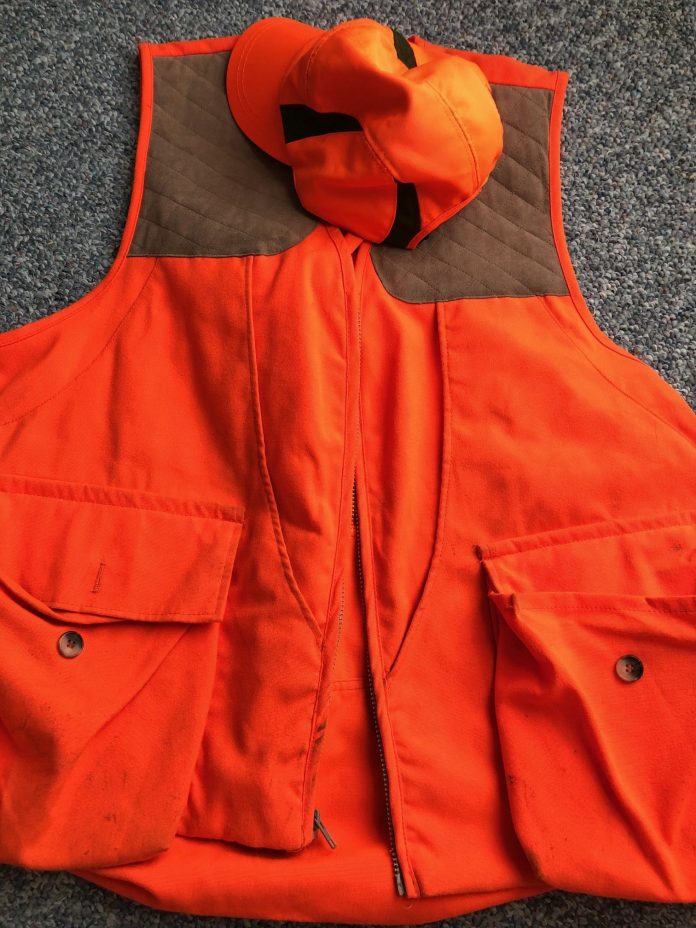 A few weeks ago there was a campaign by Everytown for Gun-Grabbing and supported by Organized Medicine to “Wear Orange” for “Gun Violence Awareness”.

This was a sad attempt to co-opt traditional hunter orange for the Anti-2A groups’ own misguided political purposes. I actually received an email blast a day or two before the designated day from the American Academy of Pediatrics to remind me of this “important” event. I admit that I rolled my eyes so hard that I think I was left with permanent nystagmus.

Even if I agreed with their message (which obviously I don’t) I would still disagree with the campaign because it was yet another attempt to inappropriately drag politics into the medical office. The AAP seems to conveniently “forget” more and more of these boundary violations every year. They apparently don’t see their anti-2A message as inappropriate politicking. But I’ll bet if I wore an NRA hat to see patients they’d manage to proclaim THAT as inappropriate.

Granted, I don’t work in a large academic medical center. But if I were asked by higher-ups in such an institution to participate in this campaign (and we KNOW such pressure exists) I would be tempted to wear my actual hunting gear instead. I probably wouldn’t have a job for much longer afterwards, but there you are.

Of course it’s all justified as being “For the Children”. I guess that means that distortion of facts, outright lies, and working to destroy the civil rights of millions of Americans is acceptable as long as it is for a perceived “greater good”.

What is wrong with campaigning against “Gun Violence” you may ask. Isn’t that an evil which needs to be stamped out?  Allow me to explain the nuances here.

Everytown, the AAP and their ilk aren’t campaigning against violence in general. Because “Violence” is a human behavior. It is exceedingly difficult to change a human behavior which has been ingrained since before Cain picked up a rock. No, they are campaigning against a very specific “type” of violence. By defining the type of violence they are against, they seek to identify an object to vilify – the firearm. It is much easier to demonize an object than it is to modify human behavior. By extension, it is then easier to demonize and socially marginalize those who possess and utilize such objects. Heard anyone call the NRA “terrorists” lately? There is a very cold and calculated reason for that.

But by singling out “guns” as their enemy of choice, they also sweep under the rug the vast amounts of violence which utilizes other means – fists, hammers, knives, baseball bats, and all of those other inconvenient and less easily-controlled objects. This is a strategy which has bitten other countries in the hindquarters. One only need look at the crime statistics from Britain to recognize this truth.

Britain has severely restricted access to firearms, yet their violent crime rates – especially knife crime – has risen. This has reached such a pitch that there are now anti-knife campaigns and moves to file the points off citizens’ kitchen knives. A British judge recently claimed that only butchers and fishmongers need pointy knives – they’re apparently too dangerous for anyone else.

Does the framing of that statement sound familiar?

The situation in Britain is evidence of human behavior at work. Humans bent on destruction can make virtually anything into a weapon. If you take away firearms, they’ll use knives. If you take away knives, they’ll make their own – or use pointed sticks for spears. They will use anything and everything up to and including a rock. (Remember Cain?) Look online for photos of prison weapons if you don’t believe me.

But with all these gun control schemes, you know who gets to retain the use of firearms? The government. If that prospect doesn’t scare you, it should. Of course the gun-grabbers trust the government because they think they’ll be the ones in charge. Do another web search for the cause of greatest number of civilian deaths in the 20th century. Then look up the term Democide.

Ok, let’s say I’m just being alarmist with the above. Let’s back up to the term “gun violence” again. Let’s look at a statement from the AAP’s own published study.

“Firearm homicides of older children [defined by them as age 13-17] were significantly more likely to be precipitated by another crime, to be gang-related, to have drug involvement, and/or to involve weapon use also on the part of the victim.”

Here is a link to my own “review” of that study, in case you’re interested.

So by the pediatricians’ own published research, teenage criminal, drug, and gang activity drive a large majority of “child deaths” by firearm? Here is my shocked face. But oops -there’s all that nasty inconvenient human behavior business again. Human behavior is the hardest thing for the control freaks to control. So they ignore it, and go after the rights and reputations of lawful citizens instead. As if it were the law-abiding who are responsible for the actions of criminals – even that very compliant and biddable group – the adolescent criminals.

But never being ones to let their own research and pesky social issues like crime and drugs ruin a good narrative, the gun grabbers continued on with their object-shaming, and trotted out yet another silly campaign for “awareness”. Except they don’t really want awareness.