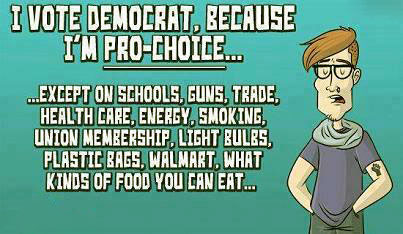 I almost hate to admit it, but I do count among my friends some people who are adamantly opposed to the existence, let alone the legality, of guns. I’m guessing there are a lot of you who could say the very same thing.

They are my friends because I know that they are caring, optimistic, empathetic, concerned members of a functioning society.  From their perspective, that is also exactly why they will tell you that they are opposed to guns. About that part, though, I disagree.

We don’t discuss guns much, actually, those friends and I, they being gun-phobic or politically indoctrinated and me being at least mildly resentful that we can’t begin a dialogue with an agreement on even the baseline facts.

I do however have a feeling now, that a few of those friends are now here at this site, appalled that their recent chatter about our floundering Congress’ ill-advised and renewed attempt to enact a modern version of the 1994 Federal Assault Weapons Ban has inspired me. I’m compelled to rebut the inanity, all of the one-sided factually-challenged drivel, the politicized monologues of otherwise intelligent people suddenly willing to speak to subjects they know nothing about, in the process blowing hard on the dog whistles of “common sense and reason.”

If it were about “common sense,” then we could open-mindedly discuss the reality that magazine size has absolutely no bearing on the overwhelming majority of gun deaths, unfortunately those that come from a single shot. Or that the “assault rifles” that they vilify aren’t much different from any other modern semi-automatic weapon. Or that about half of all new guns sold are semi-automatic. Or even, for that matter, that accidental death by gun is insignificant, statistically speaking.

If it were about “reason,” then I wouldn’t have to listen to armchair legal scholars pontificate inaccurately about a clear Constitutional Right that has been affirmed by the modern U.S. Supreme Court. I wouldn’t have to defend my choice to exercise said Constitutional Right. I wouldn’t be forced to endure the tangentially related analogies of car, boat, or trailer ownership to guns, whereby the notorious privilege of driving is disingenuously compared to the Second Amendment right guaranteed by the United States Constitution.

It’s not about “common sense” or “reason,” that much is plain to see. It’s not even really actually about anyone’s altruistic concern for human life at this point. If it was, the discussion would be not about magazine size but about mental health, gender trends, and our nation’s depressing suicide rate. This emphasis on the renewed effort to limit magazine size is at best of tangential relation to the reality of the actual hard data. For example, it is about 10 times more likely that someone will die from excessive alcohol consumption than at the point of a gun.

Now, I’m certainly no teetotaler, but I’m guessing that if all of this were about the sanctity of life, we’d have members of Congress moving to pass legislation limiting how much alcohol anyone is allowed to drink in one sitting. Or, to borrow the preferred analogy, I suppose, nobody in Congress is proposing any legislation to limit the number of gears in an automobile (nor should they be, obviously), despite that automobile fatalities outnumber gun homicides by a ratio of about 4 to 1.

It’s not at all about human life. It’s about politics. It’s about those opposed to legal gun ownership using the red herring of magazine size to attempt to begin to extinguish a right with which they disagree. If it were all about “common sense” and reason, there’d be a genuine dialogue rather than a pervasive assumption that those of us exercising our gun rights are somehow “clinging” to anything other than what was constitutionally framed from the outset.

Why do I own guns? Because it is my right, and I don’t owe any more explanation than that. It’s about that simple. But since you’re my friend, and you’ve come here to read my opinion, well then I’ll provide a bonus answer.

I own guns because, in addition to it being my constitutional right, I rather logically believe that the first 10,000 years of human brutality are far more indicative of human nature than are the last seven decades or so of relatively moderate civility. And so long as that very notion is patronizingly scoffed at, and all relevant statistical data essentially ignored en masse by a politicized faction of groupthink, there can never be a dialogue built on “common sense and reason.” It just can’t happen.

So thank you dear anti-gun friends, for your incessant leveraging of ignorance in relation to gun rights, statistics, and terms. It has inspired me to finally make an effort to rebut all of that politicized nonsense. Maybe the next time you’re busy holding your friends hostage with another anti-gun diatribe, you’ll think of me sitting there quietly aware that you don’t actually know what you’re talking about at all. Or, maybe it’s finally time for me to speak up and challenge those pre-conceived notions on the spot; I reserve that right as I reserve others.

I’m looking forward to it! 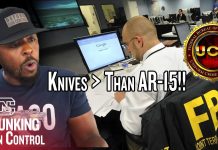