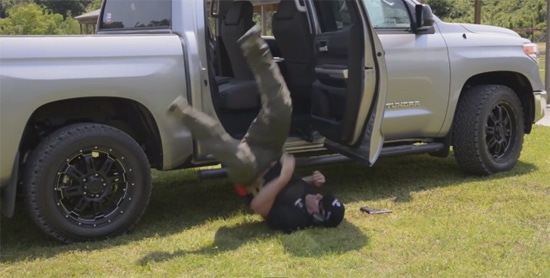 Editor’s note: Some links NSFW.  Click at your own risk… and enjoy.

It used to be that the threat of being “put in one’s place” helped maintain the civility of society. Ironically, the threat of violence tended to help keep the peace, at least as it relates to interpersonal matters, a sort of detente premised on mandatory mutual respect.

In our modern age, though, where passive-aggressive behavior dominates and everyone is so conflict averse that even a simple and minor disagreement makes people uncomfortable, honesty and civility are chipped away at until we reach this fugue state where the dishonest, manipulative backstabbing among us are left unchecked, fearing in no way the reprisal that surely, and justly, would have come their way less than two decades prior (sometimes even at the hands of a hair farmer in hot pink pants).

We have empowered and emboldened the least worthy of our society because they fear no recourse. Accountability for assholes is essentially non-existent. Justice is no longer served by simple, daily peer review. Left unchecked, these types of people will fully leverage their bad faith at every single opportunity, and they do…merely because, consciously or not, they realize that nobody is going to stand in their way; everyone is too scared of being judged harshly.

The “higher ground” is a myth, a lie, a false inferential promise that lulls people into believing that karma or fate or some other such lucky break will even things out. People paying attention and keeping track, though, know that there is a dearth of comeuppance for those most deserving. Thoughts of ‘karma” are merely excuses for doing nothing in the moment, for assuaging one’s own fear of conflict in the short and long term.

You owe yourself and your society to speak up when you are slighted, when your family is slighted, frankly, yes, when your honor is slighted. Say something to that line-cutter, for example. To excuse or mistake or sell silence as the “higher ground” is an absolute cop out… all in the name of not being judged harshly, even by those that shouldn’t or don’t matter.

I’m not exactly calling for the return of the honor-bound duel (though, quite honestly, civility and tact and manners would return immediately) but I’m not taking other things off the table, either. It’s enticing, idealistic even, to believe that we have moved beyond direct confrontation as a society because we have become more sophisticated over the years, shed the construct that involves defending one’s honor. Rather, it is highly more likely that modern laws, or unchecked political correctness, or simple cowardice, or sheer stupidity, or possibly just the fact that fathers no longer commonly teach their sons to box the way they used to, have conspired to force people to disguise their fear and conflict aversion as restraint and maturity.

Am I advocating for celebrated and constant fisticuffs? No, absolutely not, if for no other reason than that fighting is no joke; about two times as many people die from hand to hand combat in America each year than do from all rifle types combined. Yes, you read that correctly…about 750 people die each year from fighting.

Of course, that statistic, if shared widely, could go a long way toward discouraging the rise of an entire cottage industry. More to the point, however, is that similar to the effect that legal concealed carry had on violent crime statistics, I’d be willing to bet that a wider adoption of mutual combat laws, rather than a reliance on the more common fault/instigation-based paradigm, would result in significant reductions in drunken idiots, and MMA wannabes, and racists, and the falsely proud, and, yes, especially bullies, from provoking without fear of that ancient reprisal.

We continue to fool ourselves into believing that our nation’s move away from the storied coming of age process is more a reflection of improved civility than it is a modern tendency to shrink away from both conflict and challenge. In reality, though, we are generations removed from the majority of American men being classically trained in hand to hand combat. These days, a much smaller percentage of our population is so trained, meaning that most people have no idea how to defend themselves and, far more important, fewer of the populace is able to stand up for the common good (something our nation is, well, sort of built around). If Americans didn’t harbor a visceral support for this very concept, there would be absolutely no way to explain the cultural significance and staying power of something as violent and thought-inspiring as this.

Statistics on common street fights are essentially impossible to obtain with any confidence. But what would you want to bet that countries with compulsory military service have far less street fights? The idea that every single potential combatant you could possibly encounter has been trained in hand to hand combat to varying degrees seems as though it would strongly discourage the instigation of random, stupid street fights and the bold but aimless mouthy punks that tend to start them. When all of the “fish” need to consider the hierarchy of toughness and know that bigger “fish” are certain to come along, well, there becomes a certain clarity to the risk of being that type of asshole.

The first principle of maintaining society’s civility is to be civil on the personal, individual basis. The second principle centers on the potential ramifications of choosing to be uncivil on that same basis. These two concepts work in concert in a way, or should, to foster both accountability at the individual level and calm and confidence at the societal level.

We seem, however, to have somehow lost both over the last 20 or so years. We know that we’re on the verge of winning political battles that will help protect against worst case scenarios, but maybe, just maybe, more states moving toward mutual combat laws could solve our country’s growing civility crisis, as well.

Thirty or so years ago, it was feared that early concealed carry laws would lead to an increase in gun violence. In fact, time, and reality, has proven the opposite true. So, let’s return the power to the people when it comes to ensuring our communities’ civility by way of a strong and legal defense.

Fighting, we’re told, is immature, it’s untoward, there’s no place for it in modern society.

Right, except for the fact that some  people, by nature, need to fear the repercussions of their actions, need to be reminded that the answer is sometimes, “because if you keep doing that, you’re going to have your ass handed to you.” When we stopped holding people accountable in such a way, we basically issued them a license to be an outright boor. And we are now reaping what has been sown.

As Mark Twain famously said, “It’s not the size of the dog in the fight, it’s the size of the fight in the dog.” Like Twain, that’s American thinking, built on a hardscrabble, rough and tumble, 219 or so years in which nobody could have predicted that America’s proudest sub-culture would go virtually extinct over the next 20. I’m disappointed that we’ve opted for this newer, softer, more passive-aggressive tact. I’m apparently not the only American to think this way.

To borrow a bit more from Twain, put the fight back in America and I bet you’d put America back in the fight. 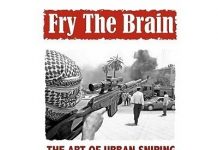