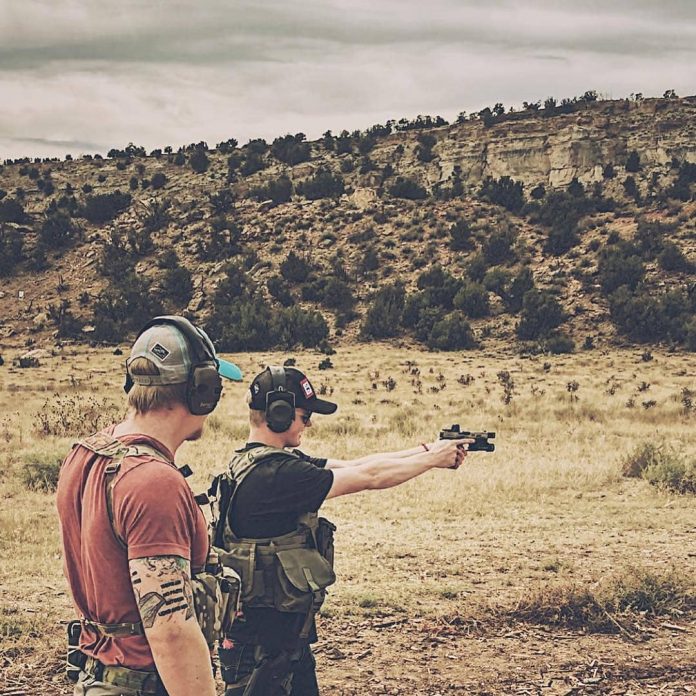 Recently I got into a debate among tactical professionals about training techniques. I was arguing that certain handgun skills needed to be trained at distance(greater than 20 meters). Their argument back was basically “What distance does the average gunfight happen at?” and I have some issues with that line of logic. Allow me to explain why.

First, what distance is the “average” gunfight at exactly? I’ve heard 7 yards, I’ve heard 3 ft./3 rds./3 sec., I’ve heard a great number of things. And all these averages are well within point shooting range for me. It really doesn’t take much skill to mag dump into a person up close. So why do we spend so much time training at distances where skill, and therefore training time, is not really the deciding factor in the fight? I know average engagement distance was different for Iraq and Afghanistan, so I assume then that maybe Park County Colorado Sheriff’s office has some different average engagements than Dallas PD. A 50-yard shot was required this year, 2018, in Las Vegas to stop a shooter. In 2014, a police officer in Austin Texas had to take a 100-yard shot, one handed and holding the reins of two horses, to stop an active shooter. Security Forces Airman Andy Brown stopped an active shooter in 1994 with a 70-yard headshot from his M9. One of the only recorded duels in the old west involved a 70 yard shot by Wild Bill Hickok to win it. Before they had to pull back and wait for GIGN, the first French Officers on the Bataclan scene killed a terrorist at some distance beyond up close and personal. They stated that ”We fired immediately in the certainty that we would hit him at this distance because we train a lot”. And that’s in France where they don’t nearly have the same level of per capita police shootings as we do. France is out-training a lot of us… France. Gunfights happen up close, except when they don’t. And when they don’t, people will die that didn’t need to if you suck at shooting at distance.

Second, why are we training for average anyways? Do NBA players train for the average basketball game? No. Cause most games played are probably pick up games in the park, so the average basketball game doesn’t involve a high skill level. NBA players practice for high-level engagements and you should too. You should because we live in the age of active shooters and terrorism. You should because no one actually knows what they will face in a given gunfight. It might just turn into North Hollywood shootout 2, except the dudes can actually kill people this time. Time and time again, we fall into complacency in training because “something like THAT hasn’t ever happened/hasn’t happened in a while”. And time and time again, we relearn the lessons in blood. Why not keep training to survive the worst that has happened? That way the next time something like that goes down we only have to ramp up from being trained to the last worst day. Instead of going from low skill, up close engagement training to a high skill, real steel fight at distance against people who actually know what they’re doing.

Author – Seth Lewis served as a reconnaissance infantryman in the 82nd Airborne with two deployments to Iraq as well as 18 months in Afghanistan doing High Threat Protection for the Department of State. He has a bachelor’s degree in economics and us currently working as a security contractor for DHS and a firearms instructor.