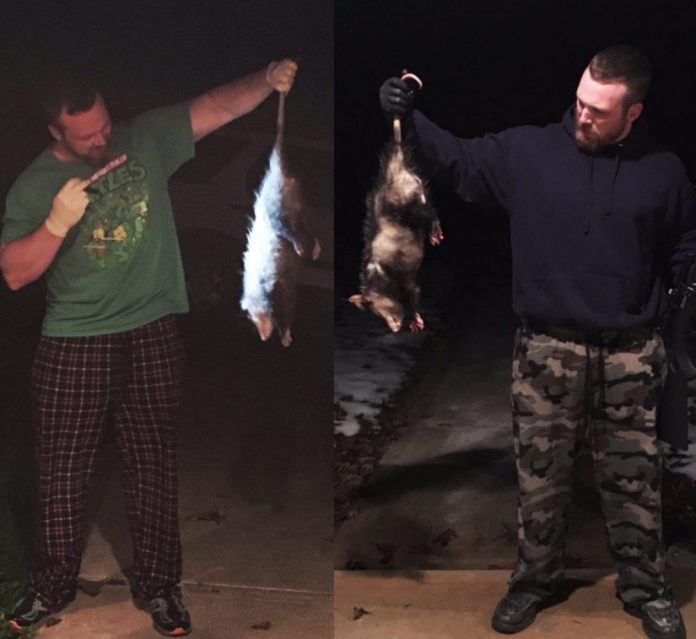 Among those of us who carry a firearm on a day-to-day basis, it isn’t uncommon to hear us cite self-defense as the primary reason we lug our EDCs around with us. Indeed, the internet is rife with stories about legal concealed carriers stopping tragedies before they can happen, or ending them sooner than they otherwise would have, but unfortunately, that isn’t always the case. Last week, a story broke about a legal carrier opening fire on shoplifters at her local Home Depot… and it got me thinking… maybe some of the folks who criticize America’s love affair with firearms have a point.

During the onslaught of visitors in our home throughout the holidays, one of my more liberal-leaning relatives snuck in a remark about us gun-toting crazies, keeping a pistol strapped to our waist “and looking for a fight like this is the Wild West.” Of course, I disputed that statement, and she pleasantly back tracked, happy to suggest that I’m “different” because I received military training – perhaps unaware that she was then extending her insult only to my lovely wife, who despite not actively serving in uniform, keeps a Walther tucked in her purse.

In the spirit of the season, or maybe because my wife was digging her nails into my arm, I let it go… but it kept nagging at me. The idea that all concealed carriers see themselves as some kind of cowboy, carrying their pistol to dispense justice over personal slights, is an offensive characterization of my people – but the part that stung the most was the realization that, in some ways… it’s true.

Now, you may be an upstanding gun owner. You may follow the rules of firearm safety to the letter. You may be well-trained and practiced regarding situations that may call on you to draw your weapon. You may be the very model of responsibility… but as long as there are folks looking to draw down at Home Depot when they spot some shoplifters, we all carry that 2nd Amendment scarlet letter. When we suffer fools within our ranks (however loosely established those ranks may be), we make ourselves all look a bit foolish.

I know what you’re saying: “It isn’t fair to judge such a broad group on the actions of a foolish minority,” and I agree. It isn’t fair – but these types of generalizations exist in all walks of life, and often, are the very basis of legislation when anti-gun types start writing up new laws. To the lefty-gun hater that lives in suburban Connecticut, firearms exist only as they’ve seen them on TV, in fictional depictions, and news stories about murderers.

If your only exposure to guns comes from the media, it makes perfect sense that you’d perceive them as too dangerous to be necessary.

Sure, I could come up with a long think-piece about utilizing a “rules of engagement” type escalation of force when facing a potential threat… but honestly, I think it’s simpler than that. In fact, I think it really boils down to one simple rule any time you’re not standing on land you own:

Never draw your weapon unless you think someone’s life is in danger.

That sounds easy enough, but it gets murkier in practice. There’s no question that seeing someone steal stuff from Home Depot isn’t a life threatening set of circumstances, but what about when an aggressive driver gets out of his car to confront you in traffic? Or what if a rowdy drunk shoves you outside the bar you met some coworkers for a drink? The truth is, it can be downright difficult to know for sure if your life is in danger… right up until it’s abundantly clear.

I can’t make that judgement call for you, no matter how long I wax on about possible circumstances: it’s a decision that you’ll have to make in the moment, and the repercussions of that decision could potentially end a person’s life, and irreparably change the course of your own. That is the inherent responsibility of gun ownership: understanding that, tucked into your concealed carry holster is a magic wand, capable of ending lives and ruining your own. That bit of security you keep in your waistband or purse has the capacity to keep you safe from danger… or the potential to unravel someone’s existence – to take a child away from their parents, to take a father away from his children.

When you decide to carry a firearm, you make a bet with fate. You’re gambling that your judgement will be sound, your marksmanship will be adequate, and your response will be appropriately measured… and the stakes couldn’t be higher. Losing that gamble could cost your life, the lives of your loved ones, or even the life of a shoplifter that, while deserving of punishment, may not be deserving of execution.

Like it or not, we’re all judged by the actions of our fools. As a conservative-minded guy, I’m constantly held accountable for the crazier things those with similar political affiliations say. As a man, I’m held accountable for the cultural misogyny of creeps and monsters like Harvey Weinstein and company. As a Marine, I get asked about washouts like last week’s attempted terrorist in Northern California. If you’re a woman, a person of color, a vegetarian, a southern judge, a politician, or a firefighter… we’ve all got ideas about you and your beliefs; many born out of the actions of the most foolish and outspoken among you. It’s just how our brains work.

That means those of us who choose to place ourselves within the firearm-owning demographic have to remain constantly aware of the responsibility we carry in our holsters. Your firearm offers you the means to protect yourself and others, but it affords an equal share of destructive potential, in the physical sense, but also in the political one. Foolish behavior with a firearm serves as further evidence that firearms themselves are simply too dangerous for the public at large. As our politicians sit in their Washington D.C. offices, surrounded by armed security and blissfully ignorant of the challenges and risks facing actual human beings, it’s easy to think no one needs a gun. When they think gun, they think murder – not shooting the massive possums that keep coming after my poor little dog in the back woods of Georgia (which account for my only confirmed kills in the winter of 2017).

These things get aggressive in the winter months, and when you wake up to the sound of a possum going after your cat, you’ll hope you have a gun to take out into the darkness with you.

So, unfair as it seems, remember that your firearm makes you a part of something larger than yourself. When you carry, you’re representing gun owners all across the country, and your behavior could potentially result in legislative changes that affect all of us. Worse, you could take a parent away from their kids, a loving spouse away from their husband or wife, and that’s assuming you hit the person you’re aiming for. Taking a life is an awfully permanent thing to dispense over some jacked lawn equipment.

So unless someone’s life is in danger… keep your pistols holstered.