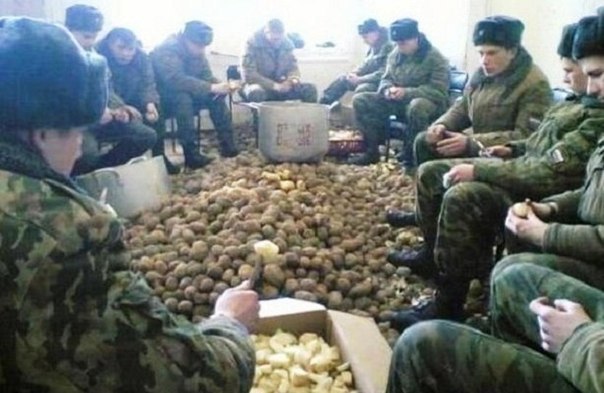 Jesus H. Christ, it’s only 0230… and oh-no, there can be only one good reason my home phone is ringing at this hour. I fumbled the phone receiver to my ear upside down.

“Hello, this is geo”

Nothing. I felt the phone cord on top, flipped the receiver around and tried again.

“Hello, this is geo”

Oh geez… well phuk me runnin’ in the rain in Rio, I thought as I was suddenly wide awake.

“Ol’ Jed’s a millionaire” I replied weakly. And without another word the connection terminated. Time to make the donuts, me thought to meself, and I left the bedroom to collect my go-to-work kit: a heavy nylon day-and-half-pack, a kit bag presumptuously designed, when packed thoughtfully, to maintain you operationally for some 36 hours.

Mine was black and heavy-duty with all sorts of modifications on it. It was hardly more than just a pile of zippers and velcro. In it no two items were ever in contact; every item was isolated in its own compartment. Ridiculous? Yes, absolutely. But once oriented in my mind, I could feel my way through it in the dark to any single item.

I envisioned my bag configured like a RAM board on a computer, with every byte of memory in its own cell, waiting to be called out by motherboard. Once used and no longer needed, the byte was sent back on its residence address line to stand by in its cell until further needed.

A song played in my head, one that would terminate and stay resident in my brain for an agonizing most of the day:

Come and listen to a story ‘bout a man named Jed
Poor mountaineer barely kept his family fed
Then one day he was shootin’ at some food
When up from the ground came a bubblin’ crude
(Oil that is, black gold, Texas tea)

The phone exchange had been a bonafide used in the day to notify an individual to report immediately to the Staff Duty dest for further instructions. It was any fool’s guess what the reason could be. I could find myself peeling potatoes in the mess hall kitchen or have a seat on the next Space Shuttle. The only guarantee is that it would be a mystery… until it was completely over.

Well the first thing you know ol’ Jed’s a millionaire
The kin folks said: “Jed, move away from there”
They said: “Californi is the place you oughta be”
So he loaded up the truck and he moved to Beverly
(Hills that is, swimmin’ pools, movie stars)

I cruised the back forest roads toward the Unit. I was in no hurry. The stage was completely black, save that which my high beams compromised. I just wanted to take my time to see absolutely nothing. But what are the chances my next instructions include catching a flight out-of-state, or even out of the country? Knowing the Unit, they would barely give me enough time to catch the flight. Suddenly I was very much in a hurry, as my gas pedal sank to the floor.

At the Unit, I parked in the usual squadron designated area, but in the best spot closest to the building, since there was nobody there. I turned to give the cars another visual, to see who else’s car might be parked there, and somehow involved in this same operation.

Excluding the cars whose owners I already knew were TDY, I recognized Paul’s car was already there. Hmmm, I wonder where Paul is heading this morning. I would indeed run into Paul under the most unanticipated circumstances.

I fast-paced it down the long spine of the building to the Staff Duty office, all the while wondering what I would be doing next: herding goats in Scotland, screaming out bids on Wall street, teaching spelling to a class of first graders, driving a phony UPS truck, lighting candles at the Vatican?

My answers made me grin because they reminded me of one of those silly tests they give you that is supposed to gauge what type personality you have. I think they are officially titled the “Utter Waste of Time Battery” by institutes of higher learning:

Which would you MOST like to do (circle one)
1. Host a Tupperware party
2. Try to fit a cue ball in your mouth
3. Be in a play about Moses
4. Smash bottles against a school building

Which one would you LEAST like to do (circle one)
1. Be cross gendered and torn by the dilemma that you want to use the mens’ room but know for
a fact that the womens’ rooms will be cleaner
2. Take a pottery class with estranged housewives
3. Pass out towels at a gay bath house
4. Smash bottles against a school building

I always just answered ‘B’ to every question, because it’s not like those tests were ever going to mean anything to anyone ever. I just wrote, “I’m an ass” under my name and turned them in… because I’m an ass. I accept that and freely admit it. Sometimes I get up in the middle of the night and type it out 500 times just to remind myself that I am not guilty of any pretense.

“Top o the marnin’ to yeh laddie Patrick!” I returned Gaelic-ly, but thoroughly devoid of any enthusiasm.

Patrick dialed a five-digit number, so I knew he was calling inside the building.
“Principal has arrived,” Pat said over the phone and hung up.

So as to avoid an awkward stare down, I turned my back and pretended to read the commanders policies on issues that mattered to nobody hanging on the billboard in the hall, as I whistled the tune to the Beverly Hillbillies softly. The tune drew eventual cackles of laughter from Patrick and his runner.

“Hey geo” came the voice of our Operations Officer rounding the corner from the spine into the Staff Duty office. He handed me a large envelope with his left hand and extended his right for a hardy handshake of good luck. Without another word he broke gaze and marched out, leaving me to finish the final chorus of Beverly Hillbillies before I bolted back down the spine to my team room.

In the team room, I ripped open the envelope and sorted through the various papers until I found it… an airline ticket. All I wanted to know was what time the flight was. There it was. I had plenty of time. I sat now and sorted through the papers in order, taking in all instructions carefully. I was going to Seattle.

Reading through my instructions, I had time and was able to adjust my kit to accommodate the small piece of the mission as I thought I understood it. Well, this was just a transport leg. This tells me nothing really, except that it’s going to rain on me. I mean, I don’t know if this is a real-world mission that is going to take me overseas for some heinous act of insanity, or if I will be required to smash bottles against a school building.

Preferring the latter, I begrudgingly stuffed a light rain parka in my day bag. I raced through a mental inventory of everything I had in my bag, for fear that I might accidentally leave something in there that would trip the TSA inspectors. I mean, they always raised a brow at my menacing-looking kit and ran it through twice for X-rays… I just didn’t want anything that might get the Bomb Squad alerted, and my day bag blown in place.

Say… this mission sounds like a job for ‘The Shirt’! The Shirt was an ordinary shirt hanging in my locker that had $20.00 bills meticulously folded and sewn into the seams. Only me and my team bro Sam Foster knew about the shirt, and we vowed that whoever got called out on such a mission would be welcome to take the shirt. The missing shirt would also be a way that we communicated to each other that one of us was gone, and why.

The shirt was my first go at failsafe-ing a mystery mission call out. A second attempt, and after much thought, I took to taking several $100.00 bills, painstakingly folding them lengthwise until they gave the appearance of needles. I sewed those into the much narrower seams of my day-and-a-half bag.

If that were not enough, I awoke one night with a sudden epiphany. Yes, yes of course… a child could understand it, a child could! In my agonizing over the best way to failsafe a mystery deployment, I pieced together bits of leaked scenarios and rumors from guys who had been on them. In this particular night, in my sleep, it dawned on me that everything could be taken from me… everything that is, except my SHOES!

You see, the single common denominator in every leaked story and rumor was the fact that you had to walk constantly every day for many miles. For that reason I felt very strongly that they could not possibly take my shoes away! I would soon enough find out that I hit that nail right smack on its steel head.

The next day I pulled threads from the tongues of my hiking shoes, the ones I wore only to and from work, ones that I would be certain to take with me on such a mission. With the threads carefully pulled, I parted the material of the tongues and inserted $100.00 bills in each, ensuring I restitched the threads back in the holes they came from. They looked a flawless product.

Cruising easy to the city airport I wiggled my toes in my most valuable hiking shoes, and gave myself a reassuring nod in my rearview mirror. “High adventure” said I to anyone that would listen. “High adventure, be it potato peelings or Earth’s orbit, it invariably will be high adventure.” 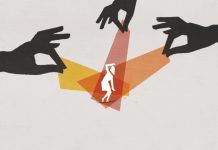 The Left on Rights