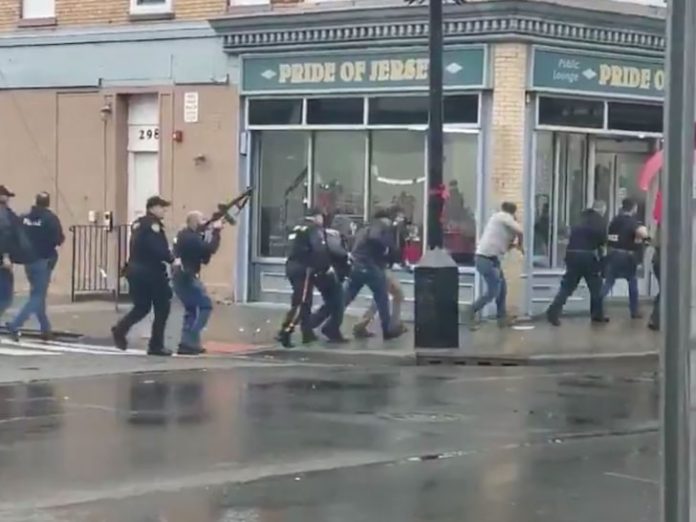 The Jersey City gun battle that left a police officer, three citizens, and both assailants dead is starting to make sense. Unlike other events this one has a pretty clear beginning, middle, and end.

David Anderson and his girlfriend, Francine Graham, were suspects in the killing of a driver near Bayonne, New Jersey last Saturday. Anderson and Graham were associated with, members of, or followed an extremist group that believes blacks, hispanics, and Native Americans are the true ‘chosen people’ as an interpretation of Hebrew Scripture. The Black Hebrew Israelites are considered a hate group, perhaps most famous recently for the incident with Covington Catholic High School. In that incident, outrage and media attention focused on a teen who was said to have harassed a Native American ‘Veteran’… that turned out to be a total farce.

When an officer approached the couple in a cemetery about the Bayonne murder, they shot and killed him.

The pair then drove the vehicle they used to the market area, grabbed their guns, and took over the shop where they exchanged gunfire with officers for several hours and shot at anyone near the front of the store. The Jewish shop was likely a deliberate target. They first opened fire on a pair of officers on foot across the block from the store.

Two officers were wounded in the exchange. Footage exists showing one officer as she leaves cover to get another out of the line of fire after that officer was hit in the shoulder.

Officers take their SWAT team, put them in an armored vehicle, and use it as a diesel fueled battering ram to breach the front of the shop. The two shooters go down under gunfire from the police. Anderson and Graham had killed three people inside the store already after taking it over, it sounds like an owner, employee, and customer.

In short Jersey City did a solid job containing the shooters quickly.