Bloke on the Range, Mike, and InRange, Karl, sit down to talk about why the old Enfield, Mosin, 1903, or bolt guns of all shapes and origins are not optimal choices as general purpose rifles. Sometimes they may be the best of limited choices but that is an entirely different conversation.

Your first choice for a fighting, home defense, personal defense, and survival weapon should be among the best of available options. It’s the reason I use the SCAR, AR’s, and the like before platforms I may enjoy for a myriad other reasons. Bolt actions are obsolete as a general rifle.

They aren’t the only ones. Lever action rifles nearly equally poor choices, in some cases probably worse, in others better, depending on caliber when it comes to selecting a fighting rifle. That doesn’t change a thing about how much fun they are and it won’t make me sell my Marlin 336 .35 Remington or stop taking it deer hunting every now and again.

Specialization is accomplishing a very select task or series of tasks. A bolt action can be an exceptional and simple hunting platform, hunting isn’t fighting. A bolt action can be a very precise tool for long range to extreme range target engagement, that isn’t fighting either. Snipers? Sure but they work in teams and their backup guy has an M4 or something similar. If the mission looks like there’s going to be rounds going back and forth (something snipers don’t want, that’s for the teams with automatic weapons they are observing for and supporting) the sniper teams will likely bring semi-automatic precision platforms.

Specialization is the tool for the specific situation. Bringing the .338 for a known extreme distance observation and shot or a high likelihood of one based on terrain. But those guys are going to move around with a general fighting rifle, like an M4. It’s infinitely better for getting into that unknown parameters fight.

If you are legally, financially, or otherwise physically limited to a given toolset then that is simply the way of it. We get that, we can appreciate that. If I were in an area where the AK platform, or another domestic system, or yes even an obsolete bolt action, was the standard of the region and in a total ‘it’s all turned to shit’ emergency that is what I grab, it’s the best within my limits.

We need to be sure we don’t falsely equate a best within limits system with extra powers that it just doesn’t have. Especially on a field where the force disparity could be huge and unpredictable. 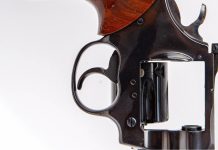