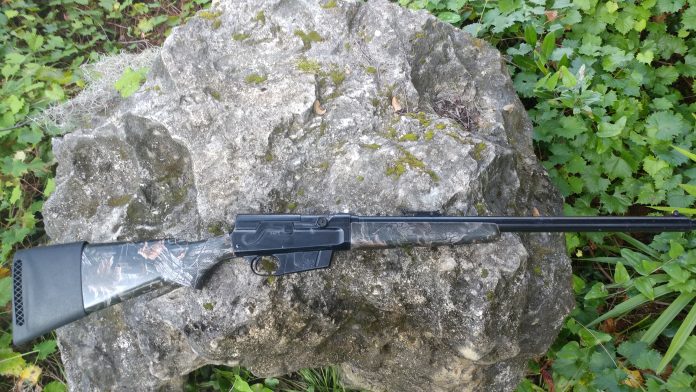 Pop Quiz, what was the first successful semi-automatic rifle for the civilian market? The correct answer is the oft-forgotten Model 8 by Remington. Designed by our Lord and Savior John Moses Browning the Model 8 was a magazine fed, semi-automatic rifle that carved its own way into American history. The Model 8 later evolved into the Model 81 Woodmaster. The Woodmaster made numerous improvements over the Model 8 and was introduced in a couple of new calibers. The Model 81 Woodmaster was a rifle I was able to recently pick up quite cheaply and has fascinated me since I purchased it. 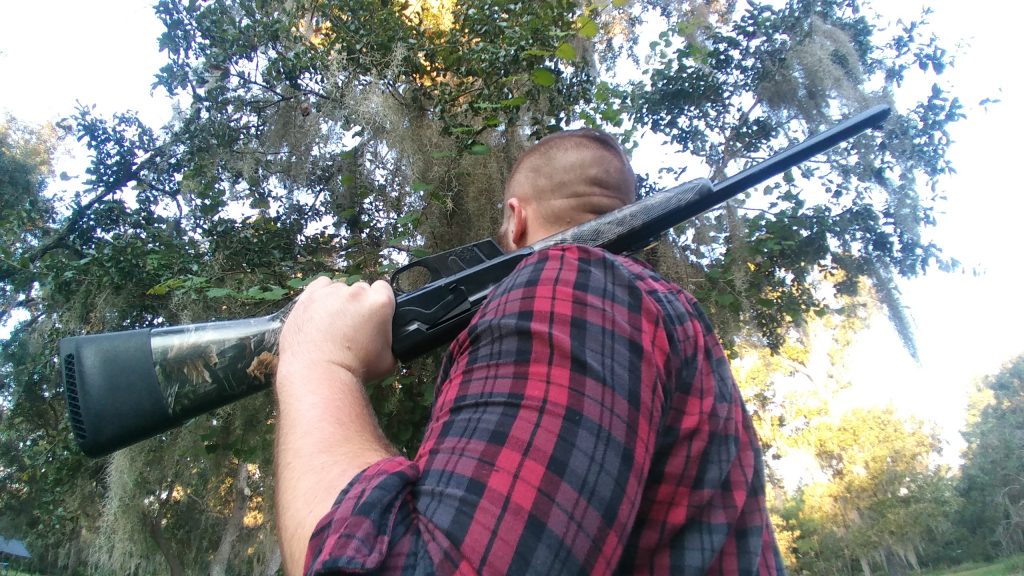 Okay, half you are furious at me and the other half are wondering why is it camo? Both are valid. Unfortunately, the gentlemen who owned it before me Hydro Dipped the wood and spray painted the rest of the rifle black. I intend to remove this as time goes by and when I have the time to take my time to preserve the wood and metal as best I can.

The Legacy Of the Model 8

The Model 8 really deserves a place in the rifle Hall of Fame. Right beside the M1 Garand and the Winchester 1894. Unfortunately, it seems to lack the same amount of fame those rifles achieved. The Model 8 and later Model 81 was advertised heavily by Remington as hunting rifles. They promised 5 rounds of rapid fire to quickly put down big and dangerous game. 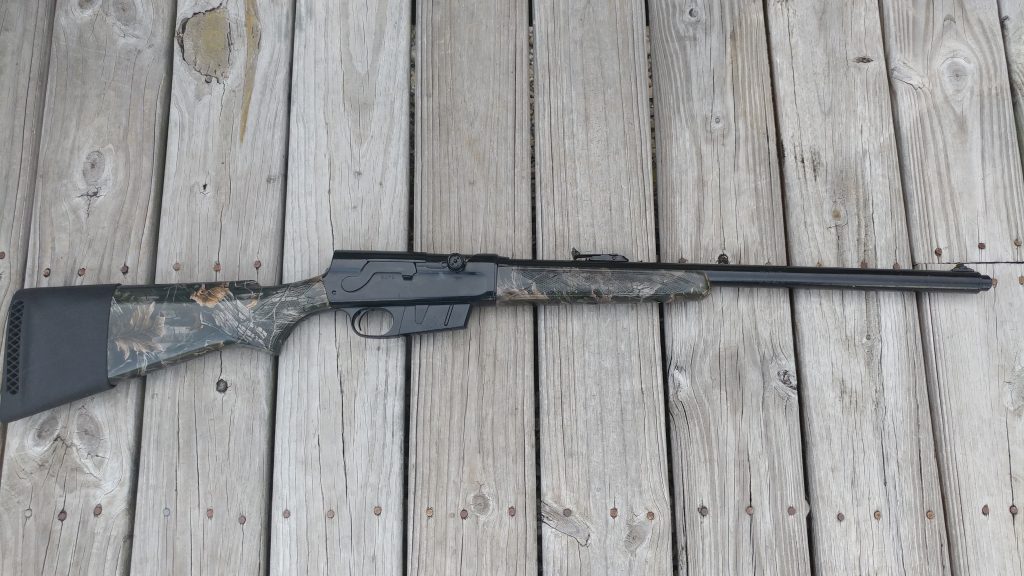 Legendary Texas Ranger Frank Hamer apparently loved the rifle. He owned a variety of them and his favorite was a customized model in 35 Remington that fed from a special high capacity magazine. Reports state the magazine is either 20 or 15 rounds. This model was customized with a removable magazine so its possible he had a 15 and a 20 round magazine. Frank Hamer reportedly used a Model 8 when he and his posse killed Bonnie and Clyde.

Inside the Remington Model 81

The Remington Model 81 was designed to add a few improvements to the Model 8. This included a more robust stock and forend, as well as the addition of a pistol grip versus a straight stock. 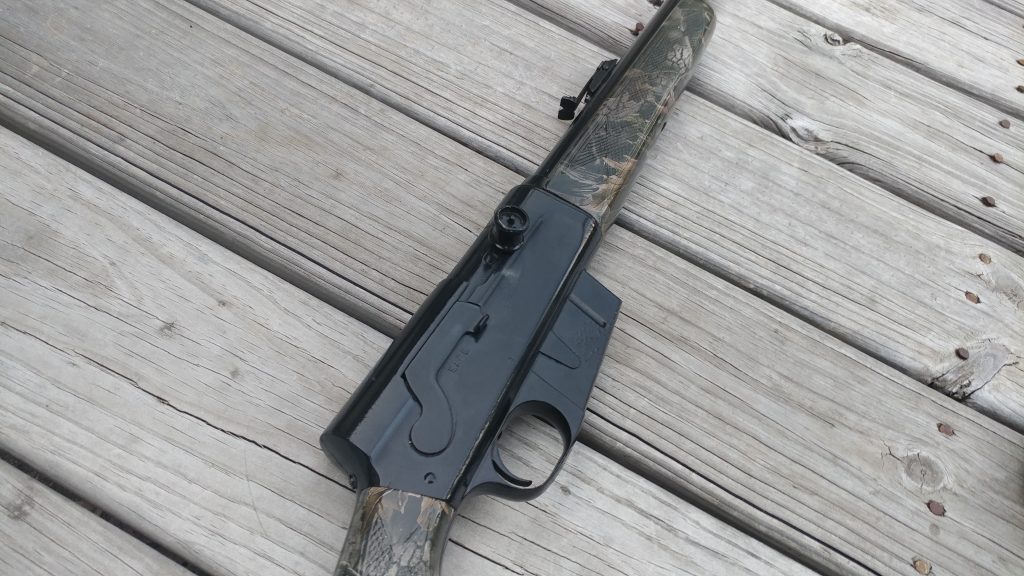 The Remington Model 81 is still the same rifle internally as the Model 8, it is a semi-automatic rifle with an internal 5 round magazine. The gun works off of a long recoil-operated system with a rotating bolt head. When you fire the gun the bolt, bolt carrier and barrel actually recoil together. The barrel and bolt move together against two springs. The springs then force the barrel forward, which unlocks the bolt and barrel. Once the barrel and bolt separate the bolt ejects the fired round and picks up the next round and chambers it. It’s pretty simple and very robust. 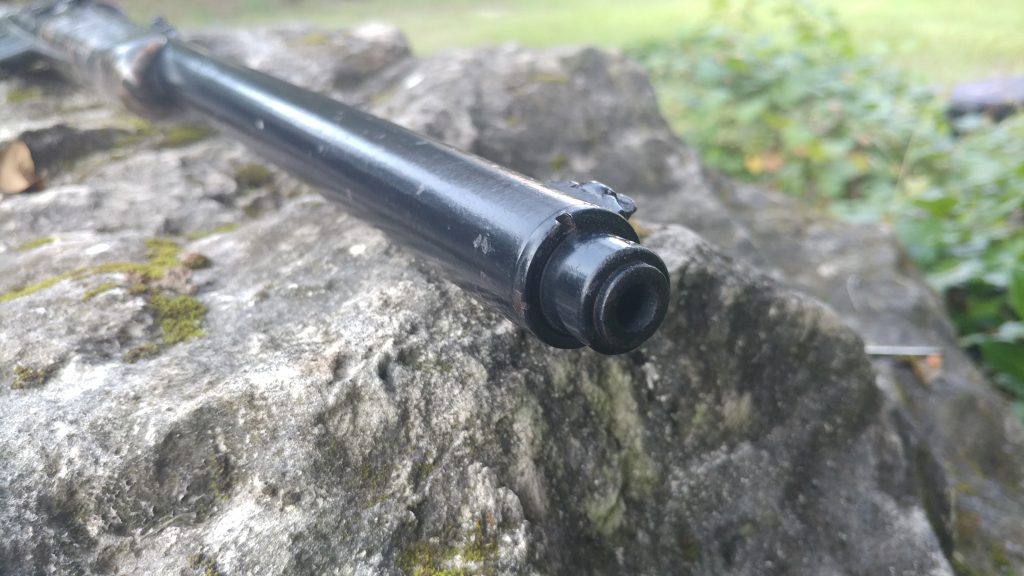 Remember the design came to be from the Model 8, which was invented in 1905. No gas is used to regulate the system, and the design is similar in nature to the M2’s short recoil operation. This is a very reliable system when used correctly.

My gun is well into its seventies and round after round, it goes bang. The Model 8 and Model 81 even feature a last round bolt hold open. A pretty nifty feature for a gun designed in 1905. Since the magazine is fixed you load through the top of the action. Round after round, and it’s easy to do so. The right side charging handle is nice and large and does require a bit of force to rip rearward. 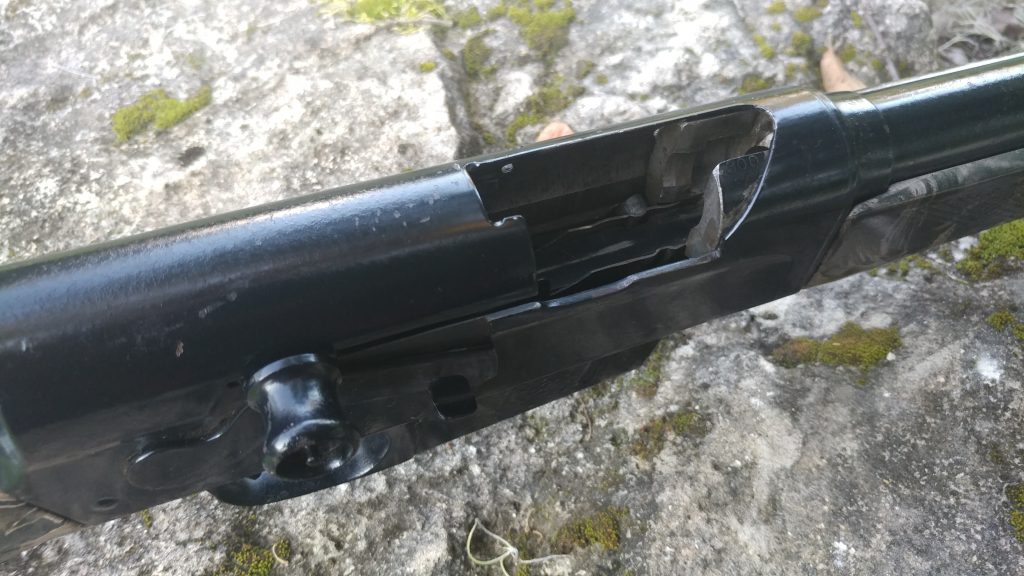 By now you’ve seen the safety, and I’m sure you recognize it. It’s very AK like in nature and functions identically to an AK safety. It’s easy to use, but obviously a little slow and far from modern. I love the fact a somewhat obscure American rifle had an influence on the AK series of rifles. 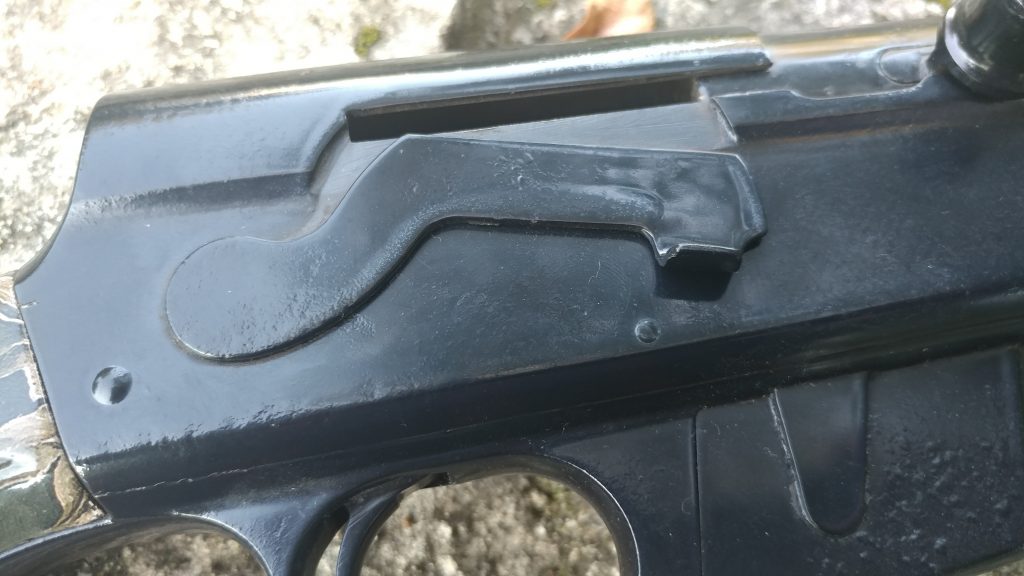 You can also easily remove the barrel and barrel shroud form the gun, but I won’t call it a take-down design. You have to remove the wooden fore end and then unscrew the barrel from the receiver. For transport this is neat, but it’s not practical if you ever needed the gun in a hurry.

The Remington Model 81 is a heavy gun for what it is. At 8 pounds without an optic, and only a five round magazine the gun feels heavier than it should be. It is made of real steel, so like a classic car its a tank. 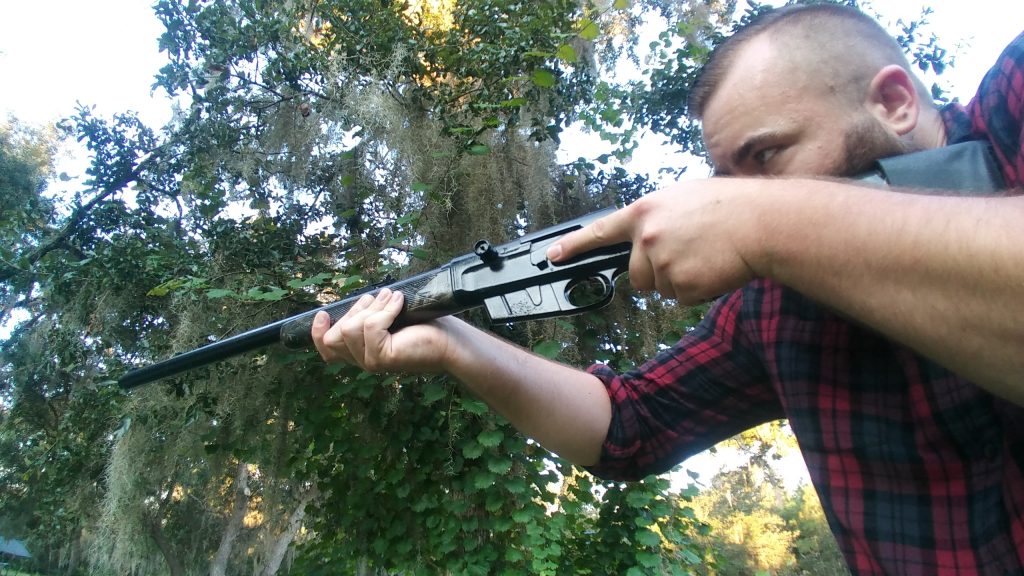 That weight does help with recoil control but I imagine the recoil is slightly increased due to the rearward force of the barrel and bolt. The sights on the rifle are dinky open sights mounted on the barrel shroud. They are very small, but would likely be fast for close quarters and brush hunting. 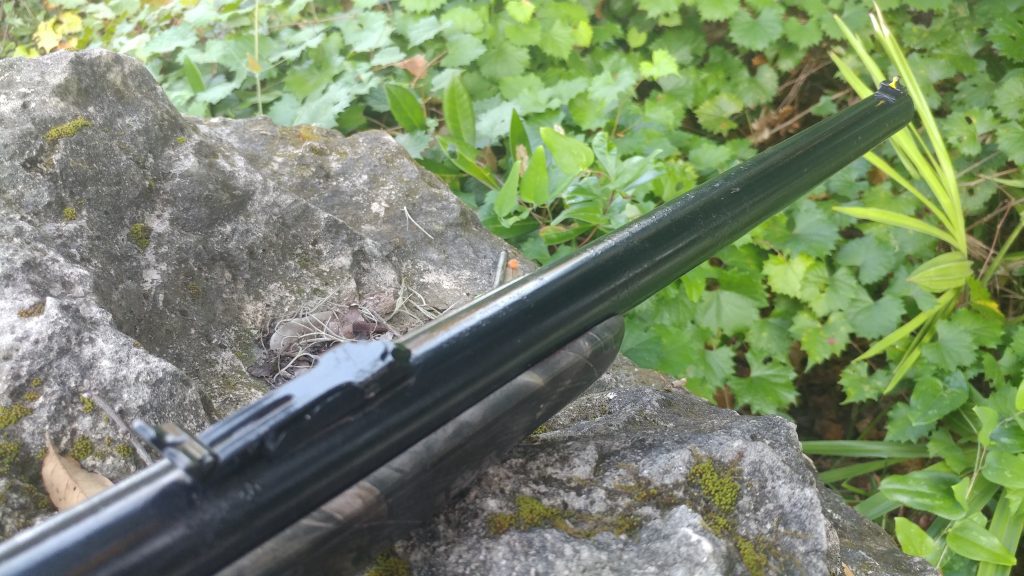 Redfield made a peep sight you could mount on the rear of the receiver, but these are rare and expensive these days. Mounting a scope was possible, but difficult. It has to be offset mounted on the left side of the receiver due to receiver design. It’s an accurate gun though. At 100 yards I can make respective groups with those little iron sights. 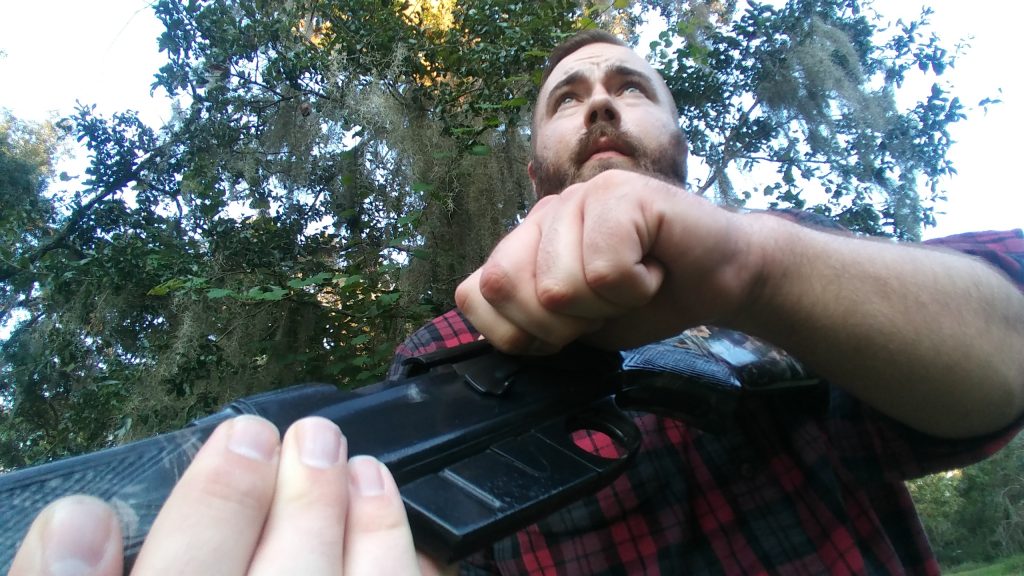 My best groups averaged around 3 inches with high quality 300 Savage ammo. That’s no optic, no bipod or rest. Just me, open sights, the prone position, and good ammo. 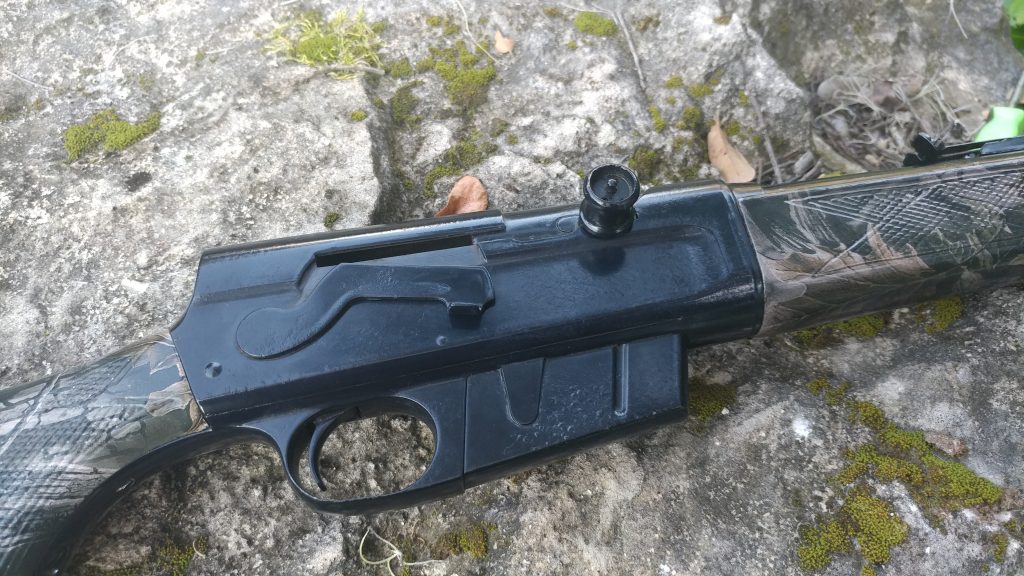 It’s a fun gun to shoot and something entirely different. Most full powered semi-auto guns are tactical in nature. The Remington Model 81 is far from tactical, and the combination of steel and wood and a semi-auto action just screams classic. It really is like driving a classic muscle car. Without a doubt, a modern car is faster and more efficient, but there is just something about driving a classic piece of American steel that makes it appealing.