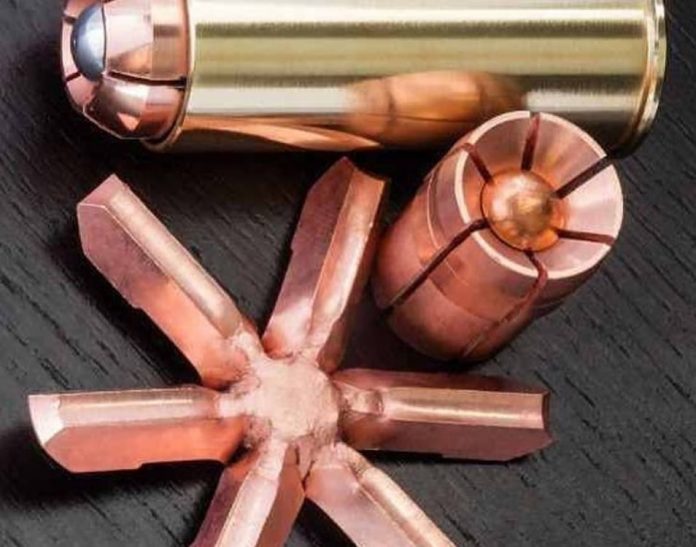 Ever think it might be cool to lay some a little copper-colored hate down on some assholes in mandresses while dressed like Steampunk Iron Man?

No? Weird. Must just be us.

Anyway, if you did want to, you might be excited to hear about OATH Ammo. OATH stands for Operators American Tactical Hardware, a name we’re pretty sure will draw admiration and mockery in equal amounts depending on your personal definition of badass and/or derp. We don’t know shit about OATH ammo beyond what we’ve seen online; it may be the most awesome devastating collection of mankiller munitions EVAR, or might be the next example of wishful RIPping. We’ll see. (#allthetokars) 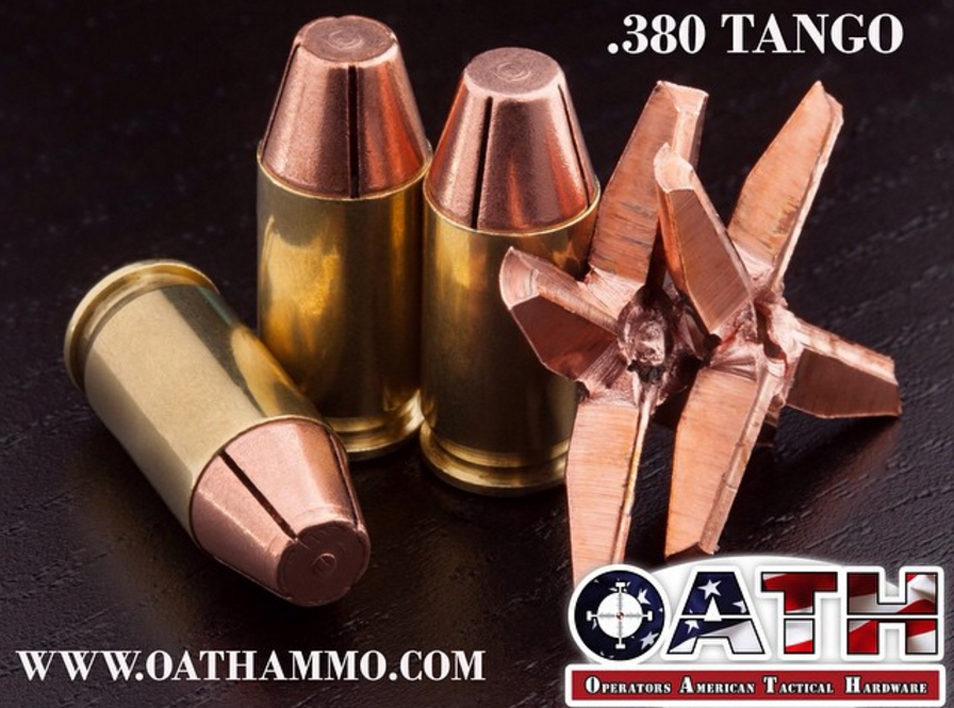 Sure, it looks like the business end of some bespoke blender belonging to your hipster friend from Brooklyn, but this way cooler. Instead of using it butcher berries for your bullshit New Year, New Me, resolution you can use it to disembowel and eviscerate the bodies of your enemies.

Yeah, that was a bit of a reach. But seriously, did you see all that alliteration?

OATH Ammo describes themselves as a “…company founded on the sole principle of creating a better bullet for military, law enforcement and shooters everywhere.” Whether they’ve managed to do so remains to be seen (or maybe has already been seen; we just weren’t able to find any independent/3rd party ballistic tests). This picture – which proves its incomparable Nazi-killin’ capabilities – was on their Facebook page though.

They appear to make ammo for calibers as wide ranging as .38 Special to .338 Lapua, and they advise it’s Made in the USA.

Now for all you namby-pamby, champions of the environment who might be concerned with the deleterious effect of all that hot lead to the ecosystem (in which case, why are you reading this?), you needn’t fret! Those polished purveyors of projectile 12 gauge death come in two variations; an all-copper, brass-cased slug capable of expanding to 2.5 inches and an all-brass fragmenting slug. The latter breaks into half a dozen sharp, triangular pieces, each spreading about 15 degrees out from the point of impact. Fortunately, given the rather low 1600 fps and 1200 fps respectively, you won’t (or shouldn’t) have to worry about damaging your drywall after performing open heart surgery on some shithead trying to steal your T.V. In fact, the company says the aluminum or copper die in the center penetrates further than the actual slug, which is supposed to come to a stop somewhere inside the chest cavity. We here at BBC are big fans of this particular claim, given that the slugs come in at the low, low price of just $25 for a box of 5 slugs. That’s almost as much as a Javelin missile, and certainly doesn’t leave much for replacing your midget-porn-filled terabyte hard drive (or a visit to see the little ladies in person).

Sadly, you apparently won’t be able to get your grubby little dick-beaters on these star-shaped freedom pills until about mid-March. Hopefully. (There’s a post dated April 2015 on their Facebook page announcing that the “…12 Gauge Shotgun TANGO Slug [is] coming soon!” Given the more recent (31 January) post essentially saying the same thing, we can’t help but wonder if they decided to develop the ammo further, had some production issues (if so, quite understandable) or if it’s the sign of a grabasstic and disorganized company (if so, not quite so forgivable).

That said, if you absolutely have to go strut around your local range toting the latest examples of tacticool industry sex toys, you can always divert some of the money you’ve been saving for that Kryptek Cerakote job and preorder some slugs from O.A.T.H. Ammunition now — or just buy some of their other calibers and see how they do for you. We’ll withhold judgment, maintain healthy skepticism and wait to see how it performs before spending any money on it.