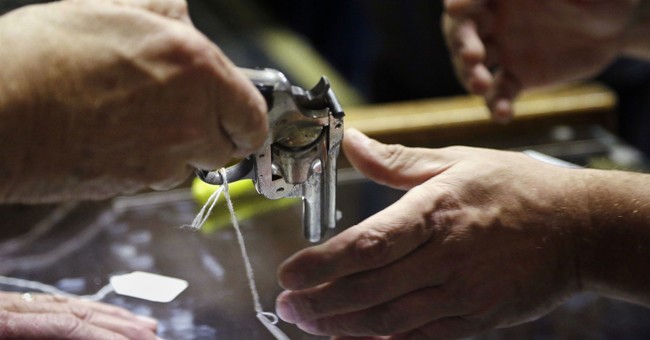 [Ed: I was going to write about this bizarre interview, but Tom Knighton of Bearing Arms (and, just before, Kat Ainsworth on TTAG, did it first and well. Republished with permission.]

The media seems to love them some anti-gun trauma doctors. It seems they never miss an opportunity to quote one of them when the subject of gun violence pops up.

In fairness, they have some expertise on the subject. For example, they see quite well what a bullet can do to the human body, and that expertise has relevance in a number of instances.

The problem is that so many take this particular expertise and believe that it gives them expertise on firearms as a whole. In particular, the media and trauma doctors believe it. Take this trauma doctor in New York City, for an example.

As he watches the surge in gunshot victims across New York City, veteran trauma surgeon Dr. Ronald Simon is baffled by politicians’ inability to stem the bloodshed.

“It’s mind boggling to me that we can’t get our act together to start taking steps to prevent this kind of gun violence,” said Simon, Director of Trauma Surgery at Maimonides Medical Center in Brooklyn.

The Daily News reported Monday that hospital transports for gunshot victims have doubled so far in 2020 compared to 2019 — leaving a bloody harvest at trauma room doors citywide.

“I just hope that eventually, sooner rather than later, people could put their political desires or motives aside and all get together and create laws or programs that will enable us to reduce the availability of guns and prevent people from getting them that shouldn’t have them so that there are no innocent bystanders,” Simon said.

In other words, Simon wants people to put their political desires or motives aside and adopt his political motives and desires.

I mean, that’s all he really said there. What he fails to note because it falls outside of his expertise is precisely how those shooters got those guns. New York City is damn near a firearm desert. It’s more difficult to get and carry a firearm there than anywhere else in the city, yet this article is all about how shootings are soaring this year. There’s been no real liberalization of gun laws in the city, so if gun control worked so well, why all the bloodshed?

We can all agree that the increase in violence this year is troubling. Especially since so many places saw violent crime drop to virtually nothing during the lockdown. The fact that violent crime is skyrocketing over last year means that it’s actually worse than we can really see just looking at the year-to-year statistics. After all, last year didn’t have a lockdown.

But do you know who doesn’t have the answers to the problems? Trauma surgeons. Now, don’t get me wrong. There are those who have studied beyond what they see at work, to be sure. No group is truly monolithic, after all, but those who have real expertise on the subject aren’t experts because they’re trauma surgeons. They’re experts because they put in the work beyond their professional requirements.

See, where their expertise falls apart is that they’re only shown a very narrow window of the role guns can play. They see the very worst, but guns are also used to prevent countless crimes. They’re used to protect human life, even when they’re not fired.

While Dr. Simon can lament the gunshot wounds he’s seen on his operating table, he rarely knows the full story. How many of those wounded, the ones that bother him so much that he thinks we should all set aside our principles and beliefs so we can appease the almighty trauma surgeon, how many of them were shot by a law-abiding citizen defending their own life? How many were criminals shot by other criminals?

Unless Simon can answer those questions, his experiences are irrelevant to the discussion and the media would do well to stop promoting those ideas. Trauma surgeons such as Dr. Simon have a lot to offer any discussion, but only with regard to their actual expertise.

And Dr. Simon would do well to realize that what he’s really demanding is that the rest of us put aside our beliefs that gun control will fail just as it has time and time again just so he can feel better about himself.

Hat tip: The Truth About Guns

All DRGO articles by Tom Knighton