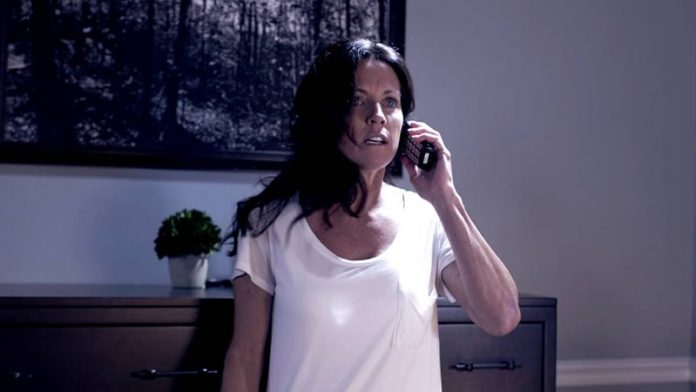 The National Rifle Association’s new ad, part of a $5 million push in five battleground states, contends the Second Amendment is at stake if Hillary Clinton is elected president.

Titled, “Nightstand,” the ad is the fourth and largest so far in the 2016 Presidential campaign by the nation’s largest gun rights group.

It begins with a woman reacting to the sounds of a break in during the night, showing her frantically rising from her bed, reaching for a phone to call 911 while she makes her way to a nearby gun safe.

“She’ll call 911– average response time 11 minutes,” says a female narrator. “Too late. She keeps a firearm in the safe for protection– but Hillary Clinton would take away her right to self-defense,” she continues, as the safe and handgun inside vanishes.

“And with Supreme Court Justices, Hillary can,” says the voiceover as the woman turns, faces an unseen threat, and drops the phone to the hardwood floor below. “Don’t let Hillary leave you with nothing but a phone.”

NRA Political Freedom Fund Chairman Chris Cox said in a statement emailed to Guns.com that, that a Clinton presidency could lead to Supreme Court justices who would rule against the basic right to keep a gun in the home.

“If ever there were a time to do everything possible to protect the Second Amendment, this is it,” said Cox. “If elected, Hillary Clinton would work to eliminate our constitutional freedoms.”

Last month, Politifact rated the NRA’s past assertions that Clinton doesn’t want gun owners to be able to protect themselves as false, contending the candidate’s statements have paid lip service to the Second Amendment, while noting at the same time her platform to expand background checks, bring back an assault weapon ban, repeal PLCAA protections and close “the loopholes that allow people suffering from severe mental illness to purchase and own guns.”

The ad will air in Pennsylvania, North Carolina, Nevada, Ohio and Virginia in coming weeks, all states considered crucial battleground states in November.