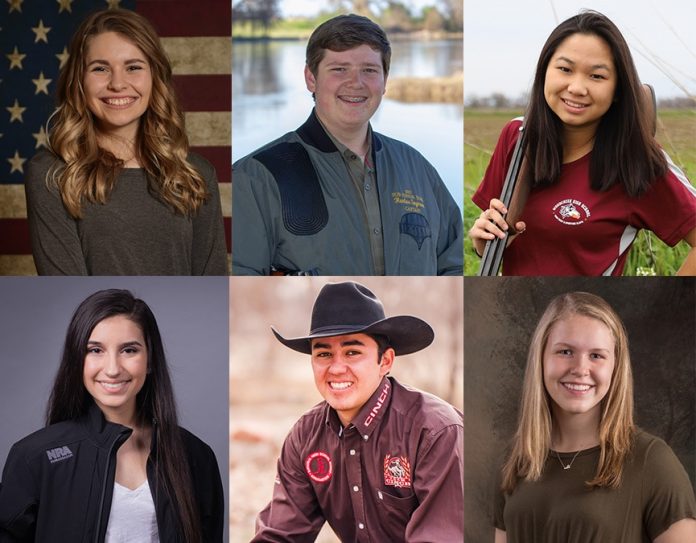 The National Rifle Association brings six youth shooters together to serve as youth ambassadors to the shooting sports.

Ranging in age from 16 to 17 years old, the 2019 NRA National Youth Shooting Sports Ambassadors will serve for the next year as representatives of the shooting sports and Second Amendment lifestyle. Ambassadors are also expected to promote safety in the firearms community. The NYSSA’s include:

The NYSSA program is open to youths aged 15 to 19 who are active in a shooting sports program. Applicants must supply a personal statement and three letters of recommendation in order to be considered. The program establishes that each ambassador is comfortable and adept at public speaking, writing articles and making public appearances under the NRA banner.

“Since its start in 2008, the NYSSA program’s outstanding youth participants have not only set a great example to other youth in the shooting sports but also achieved their personal goals,” the NRA said in a news release.

The new youth ambassadors will make an appearance at the upcoming NRA Annual Meeting in Indianapolis, Indiana April 26-28.