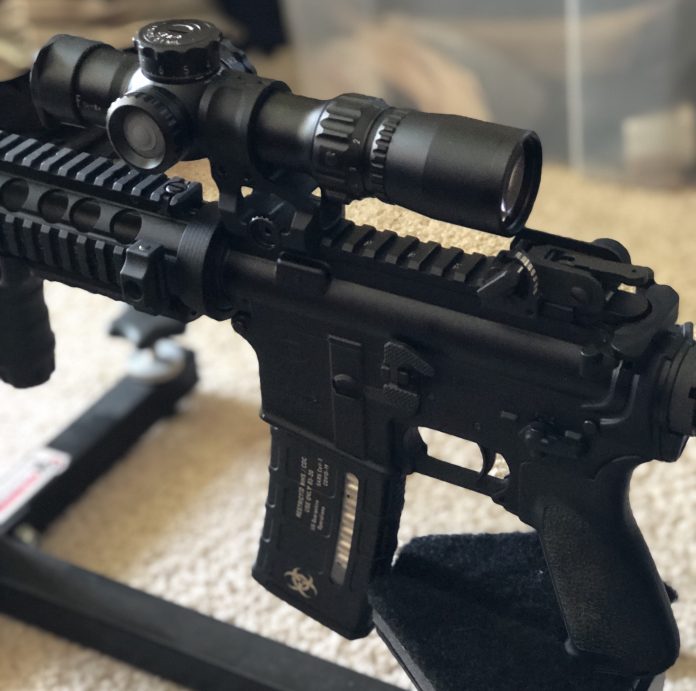 Qualified Expert, the discussion on why the Expert badge and being titled an Expert *weapon* Shooter are misnomers was a good piece. Henry’s video over at 9-Hole Reviews covered it well too. The follow I did with I Grew Up Around Guns got a great deal of response too. Now we have the what, so let me dig into the why.

A Novice, is one who is new to a topic, trade, skill, or discipline. Neophyte, by short definition, means something very similar. In written context however, a Novice possess some experience while a Neophyte has none, they are brand, shiny, squeaky new.

An uneven dispersion of Experts

Most of the truly expert shooters and instructors within the military work in the locations they are most needed. They are either on special operations and other high kinetic positions where marksmanship and weapons handling are more than just annual check boxes. They are also instructing the schools that populate those job slots. They are not on hand to teach PMI to the regulars, the engineers, or the mechanics, whose normal day to day job involves a wide variety of soldiering functions unrelated to squeezing the trigger on an M4.

The experts are all in a small selection of spots. They stay in these spots. The whole military needs to qualify though, so a substitute must be made.

In this case, the substitute is a book. This TC manual outlines, in a brief 832 pages, how to train soldiers on their individual weapon systems and what the qualification courses of fire are to meet the Army’s standards. As you might imagine it is riveting reading, an absolute page turner that will keep you glued to your seat.

In reality what occurs is the OIC (Officer in Charge) or NCOIC (Non-Commissioned Officer in Charge) pulls out this manual from a stack of manuals, tosses it to the resident “expert” or whatever NCO drew the straw to teach PMI, and then goes about the business of logistically organizing the range. The NCO then does their best (hopefully) to harsh together a period of instruction to dust off shooting skills that have been neglected for a year. This while individual soldier observation tells them the Army really can’t care that much about shooting anyway because of how poorly and haphazardly they perform this task.

This compounds soldiers earlier experiences in their formative training where they may have been shoehorned threw a line behind an M4 without any comprehension of the system. Encountering this for the first time was infuriating. The Marine Corps obviously takes digs at the Army and vice versa, the DoD competitive nature is something to foster and keep each other strong and accountable, but I was floored. Regardless of MOS my 80 man strong platoon had a solid foundation on the M16A2 coming out of basic, it was a core skill.. a Corps. skill you might say. My marksmanship instructors and drill instructors all had firm foundations in both the mechanics involved in shooting and teaching skills. This firm foundation continued into the School of Infantry, where all Marines spend either a short course or a full MOS course learning their jobs. There was a reason an admin clerk, the supply sergeant, and the commo shop staff could all hang with and shoot with 03’s, it was just intrinsically part of their job as Marines.

There were still those who struggled, those who didn’t grasp the material or who this skillset was more challenging for them, but there was never a lack of institutional emphasis.

Flash over to the Army and I was teaching Staff NCO’s how the safety selector operated… “Yes, Sergeant. When the selector points to Fire and you pull the trigger, the rifle fires. Holy S***, right?”

Institutional indifference. A cancer within the military.

Now, this problem isn’t the OIC or NCOIC’s fault, they have a ton of logistics to put together to make a qualification run and a list of actual firearm experts was probably not on their list of resources to pull from. This isn’t the fault of the NCO, who has the manual and what it provides him or her and… perhaps nothing else to draw from, perhaps a little personal experience, almost certainly no actual instructive formative training, hopefully a platoon or company “gun person” who watched The Art of the Tactical Carbine who can help them. But, more than likely, the company is lacking in M4 subject matter experts who can answer questions and provide live feed back… They have the TC and that is it.

The problem: the Army relying on passive trickle down for actively developed skills. They seem to think that as experts, actual experts, change units and hop around the components that this knowledge will spread. It doesn’t have time to spread because it isn’t given time to spread. Even when placed with components who can use the knowledge base to further develop the unit’s skills and make more experts who can keep the chain of information flowing the whole process is stifled to a grinding halt.

“We don’t have time for that, we have to do a blended retirement powerpoint.” “If you want to put together a hip pocket glass, I guess go ahead.” “Why would we do that? Qualification is in September.” “I don’t want to draw the range or ammo.” “That isn’t our priority.”

Then, inevitably, when the failure rates get so abysmal it can’t be ignored, “Battalion says we need to focus on Soldier skills. Let’s do a hip pocket class on patrols.”

What is needed. I say again, NEEDED. Is time on the range and supplemental time in the EST. Soldiers will take away more from 1-2 days on a live 25, 50 or 100 meter range under good instruction that checks their grouping, positions, reloads, and malfunction clearances with repetitions than any ‘hip pocket’ ‘whitespace’ class could possibly give them. During this time the novices and neophytes both learn.

The novices learn and develop into knowledgeable users who can run worthwhile PMI out of the TC because they have time on the platforms to back them up, not just “Here’s the book, good luck.”

Time, folks. Time spent under deliberate training, not a novice who just so happens to be the novice with the most experience, is how we improve the discipline. There is no substitute. It can be supplemented. It can be enhanced with tools like the EST, Mantis X, dummy rounds, and dry fire. But nothing can replace live rounds into targets, working on fundamentals, and under trainers who can answer questions and fill the knowledge pool.

The Answers are Time, Live Fire, and Instructor Development.

This is the hard part. It’s easy, but it isn’t.

The Army must invest in live fire range time for these skills. It must develop continuous marksmanship and handling instruction within the ranks. Those developed instructors must be given the time on the guns to understand the guns. They must be coached in how to develop skills in their student body of both junior and senior enlisted. They must be developed so that they can develop their students. This takes time and live fire under the guidance of experts, maybe outside experts, especially to start with.