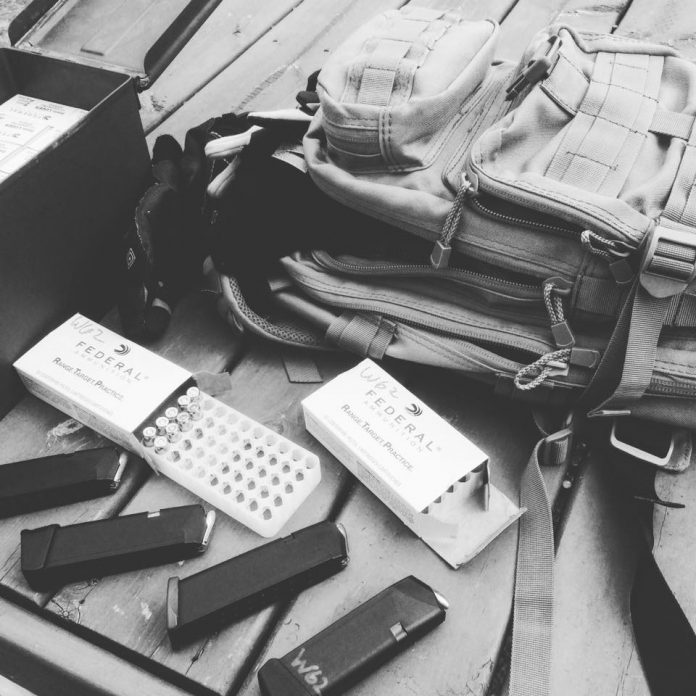 Why Not Carry a Gun?

The world is ever changing, our population is growing, the economy is a giant roller coaster, and crime is on the rise. Turn on any television or pick up a newspaper and you will see several local and national stories of people being victimized by crime. Our legislators attempt to keep us safe by passing common sense feel good laws like “pistol, or gun free zones”, however it appears criminals do not care about breaking the law. Laws that prevent firearm use only keep honest, hardworking people like you and I from protecting our loved ones. Every year the FBI publishes a report called the “Uniform Crime Report”. The UCR is a nationwide cooperative effort of over 18000 police departments in the United States. Analysis of this data will tell us that 1 in 10 Americans will be involved in a violent crime at some point in their lives.

Knowing you or one of your immediate family members will likely be a victim of a violent crime how would you prepare? Where will that threat come from? When will that threat appear? How many attackers will there be? Who will come to your aid? Can you do anything to deter or prevent this from happening? Think about that for a moment. If you knew that tonight several thugs would break into your home and threaten you and your family how would you respond? What options do you have? If I knew ahead of time a crime was going to happen I would evacuate my family. The best way to stay alive is not be there. Realistically we don’t know when something like this will happen. The best we can hope for is to be prepared in case it ever does. What plans do you have in place to protect your home? What about if you were in a public place and not in your home? Look at some high profile incidents that have happened lately… In Orlando 49 people lost their lives to one dirt bag. Did those 49 people know that they would not be going home that night? I bet if they knew it was going to happen would they have stayed home. Two weeks ago in Kalamazoo, Michigan a man robbed a gas station, drove a couple miles down the road and attempted to burn down a home, drove a little further and started firing a gun into a home striking a resident in the chest. He then carjacked a car before leading police on a chase that ended in a crash. Last year an Uber driver randomly killed 6 people in that same town. All of his victims were random and scattered throughout the city. Two of them were shopping for new cars at the Ford dealership, another was watching her kids play on the playground of their apartment complex. A month ago people were gunned down at the baggage claim of an airport as they were getting ready to start their vacations. The randomness of these attacks brings to light the fact that a threat can come from anywhere at any time.

Whether we like it or not we are our own first responders. We will have to take it upon ourselves to protect our families. Most of us can’t afford to have a personal security detail follow us wherever we go. Most businesses can’t afford to have armed security to protect its patrons, and law enforcement has no duty to protect you as an individual….You read that correctly, the police have no legal obligation to protect. The US Supreme Court said law enforcement has no duty to protect individuals, only society as a whole. Read the events that led up to the Supreme Court decisions in Warren v. District of Columbia, or Castle Rock v. Gonzales, or Hartzler v. City of San Jose. Shocking isn’t it. So if the police have no duty to protect us even after calling 911 whose job is it? Who will step up and protect you and your loved ones?

You awake suddenly to the sound of glass breaking and voices in your home. You know people are in your house putting you and your family in danger. Your wife calls 911, assuming they respond in a timely manner how long will it be before they arrive? Five minutes, ten…thirty minutes, in some places it can be as much as an hour. In Detroit recently, police officers handed out flyers outside a Tigers baseball game warning visitors not to enter the city. Although this is on the extreme end even a 5 minute response feels like an eternity when you and your family are threatened. Stop and stare at a clock for 5 minutes, imaging what could happen in that time. Picture yourself enroute to your favorite vacation spot, your car blows a tire. You notice a van stop several car lengths behind you, the driver stays in the van while 3 men in hoodies get out with baseball bats, and tire irons. Who is coming to your aid? How long before they arrive? What’s your plan?

The UCR says a violent crime happens every 25.3 seconds somewhere in America. Only you can decide how you will prepare and respond. Does your plan involve fighting back? Are you prepared with the proper tools; firearm, mindset, and tactics? You have to be your family’s first responder.

Mike Westra is a friend of the editor. His background as a Pilot, Fortune 500 Corporate Safety Director, Deputy Sheriff, Firefighter, and Firearm Instructor has given him a breadth of perspective and experience that he shares to educate others.