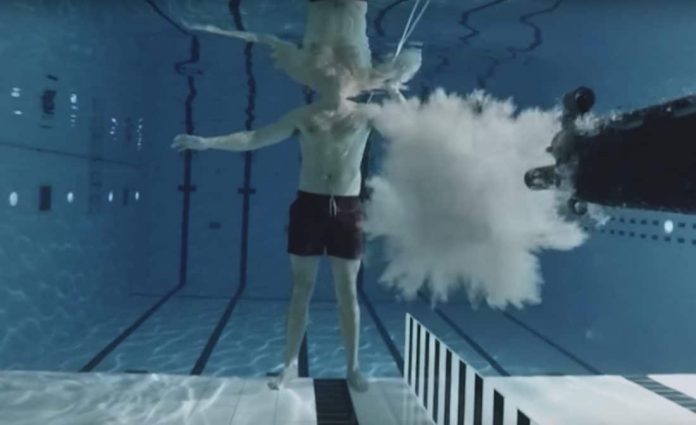 Norwegian scientist and TV host Andreas Wahl has a love for putting his life on the line to prove he can do the math behind what would otherwise be suicidal experiments.

The 33-year old is the host of popular the Scandinavian science shows Med livet som innsats and Folkeopplysningen and has pulled a number of stunts in the past couple years that have left his audience white-knuckling through to the next commercial break.

His latest “donttrythisathomeweareprofessionals” moment involves a 5.56mm SIG 550 rifle aimed at his center mass underwater as he waits patiently for the round just a few meters downrange.

The experiment shows that it’s harder to create movement in water than in air, because water molecules are closer together than air molecules.

And that Wahl can control his bladder.