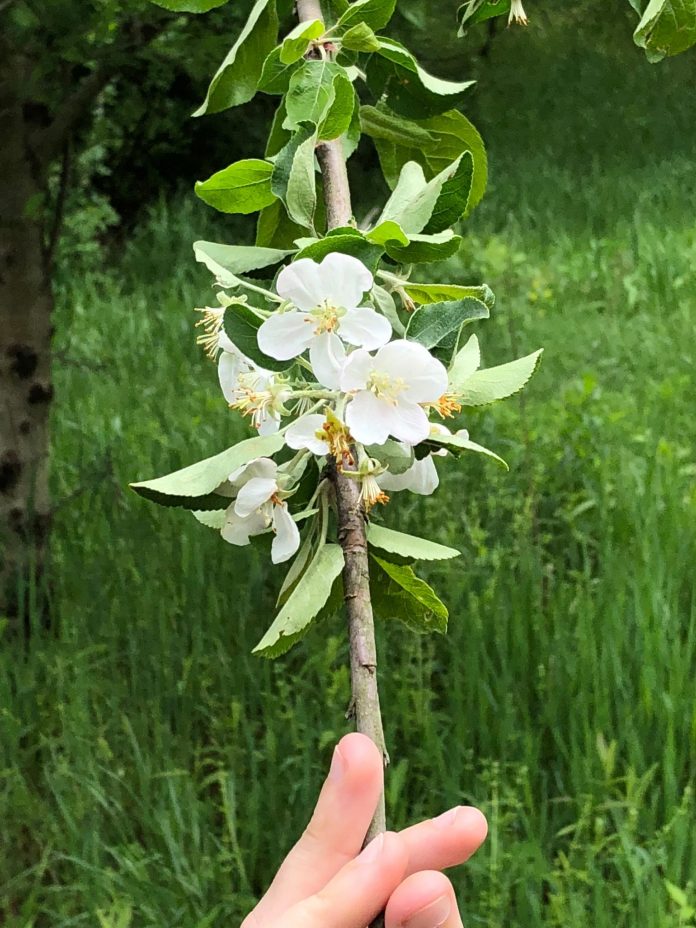 I admit that I haven’t been a very successful hunter yet – with the exception of released hunts for pheasant and duck. Despite several seasons of effort, I have yet to bring home a deer or turkey for my freezer. Fortunately, the taking of the game isn’t the ONLY thing that happens on a hunt.

What follows is what will hopefully be the beginning of a multi-part series. I’ve been learning a great many things while planning for hunting and scouting for hunting – but which aren’t actually “hunting”. I have learned so much new information that I thought I should break it into chunks for easier digestion.

Part One – The Edibles

I think I am the world’s most impatient person. I’m also a fidgeter. Sitting quietly while waiting for game that may or may not show up – either in five seconds or five hours – is a true test of my personal self-control. I am learning to find little tricks to distract myself while I’m waiting (that do not involve playing games on my phone). One of the distractions I’m attempting is to try to identify the plants around me.

Taking photos of plants and trees I don’t recognize – for later identification – is also something that I hope will eventually help me better understand the feeding patterns and cover requirements of the game I’m interested in.

For instance, the evening before my first Spring Gobbler hunt in early May, the “weeds” were ankle-high as my mentor and I were preparing a hiding spot under a pine tree. By the next morning after a night of heavy rain, those weeds were shin-high and sprouting flowers. I took a photo of the curious fast-growing plant and looked it up when I got home. I was able to identify this as an invasive species called Garlic Mustard. 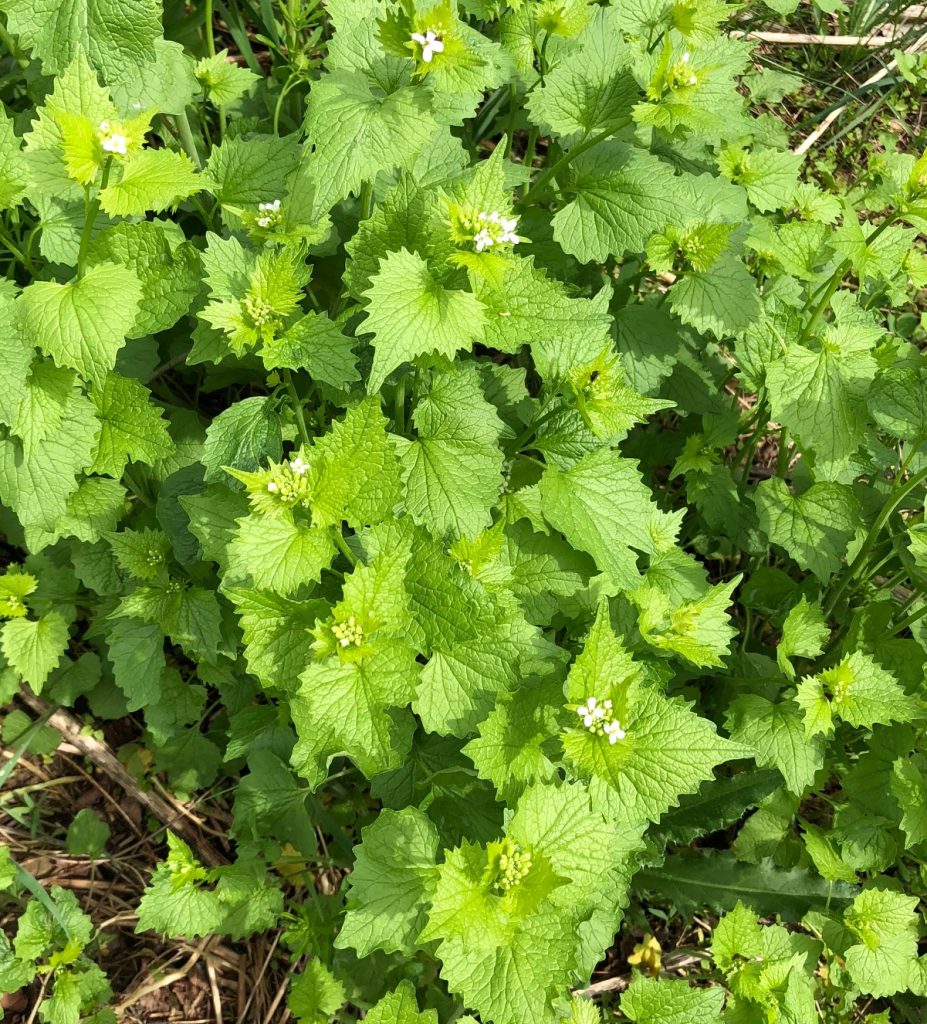 The really interesting factoid is that although game won’t eat Garlic Mustard, people CAN. I found all kinds of fascinating information – from how to rip out and dispose of the tenacious interloper, to recipes for how prepare it so you can EAT it out of existence!  Now that I have this valuable ecological information, I want to plan a work-party trip to the property this summer to start ripping up this alien to allow more room for native species.

Another invasive species that I ran into on the property was Autumn Olive. My forestry-major daughter informed me that this too has been labeled invasive. It is curious to me that this is now so designated, because when I was a grade-schooler in the 1970’s I distinctly remember that state conservation agencies handed out free bundles of seedlings for wildlife forage and erosion control. I even helped my dad plant some back in the day! But, ecological theories and practices change, so now it’s an “invasive”. Sigh. 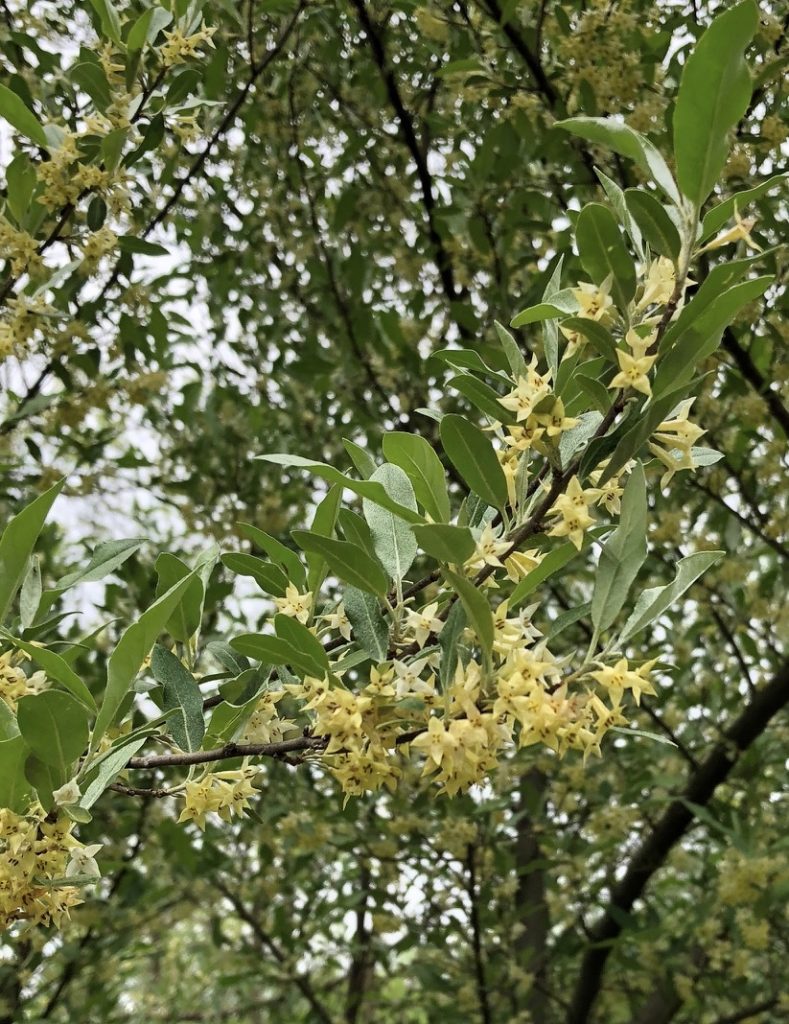 When I looked up Autumn Olive at home, I discovered that it too is edible by humans – the berries at least. So, I will be keeping close watch in the late summer/fall to see if I can collect enough berries to make jam. Apparently the process of boiling the berries to make the jam kills the seeds, so they can then be safely put in the compost. More eating the invasives out of existence – and keeping the birds from pooping out the seeds everywhere.

Other wild edibles I found while I was hunting but which were native and NOT invasive include:

Dandelion – Yep, the backyard “weed”. My grandmother used to make dandelion salad with hot bacon dressing in the spring. I’ve eaten the early leaves mixed in my regular salad greens, and one of these days I’m going to try to make dandelion jelly and dandelion wine.

Wild onion  – Yep. I’ve used this too. Pulled it right out of the ground in the spring, and put it in the salad bowl.

Cattails  –This is a “haven’t tried it but should sometime” just to say I did.

Black cherry – There are a ton of black cherry trees on the property – pointed out by the forestry daughter. I’ll be keeping an eye on those to go along with the Autumn Olive berries.

Wild grapes  – I saw these vines along several of the deer trails, so I’ll just let these go and let the deer do their thing with them.

Wild Strawberries – These were an interesting find but it would take a bajillion to be worthwhile as more than just an interesting snack. There weren’t a bajillion, so maybe I’ll just let them multiply for a few years. 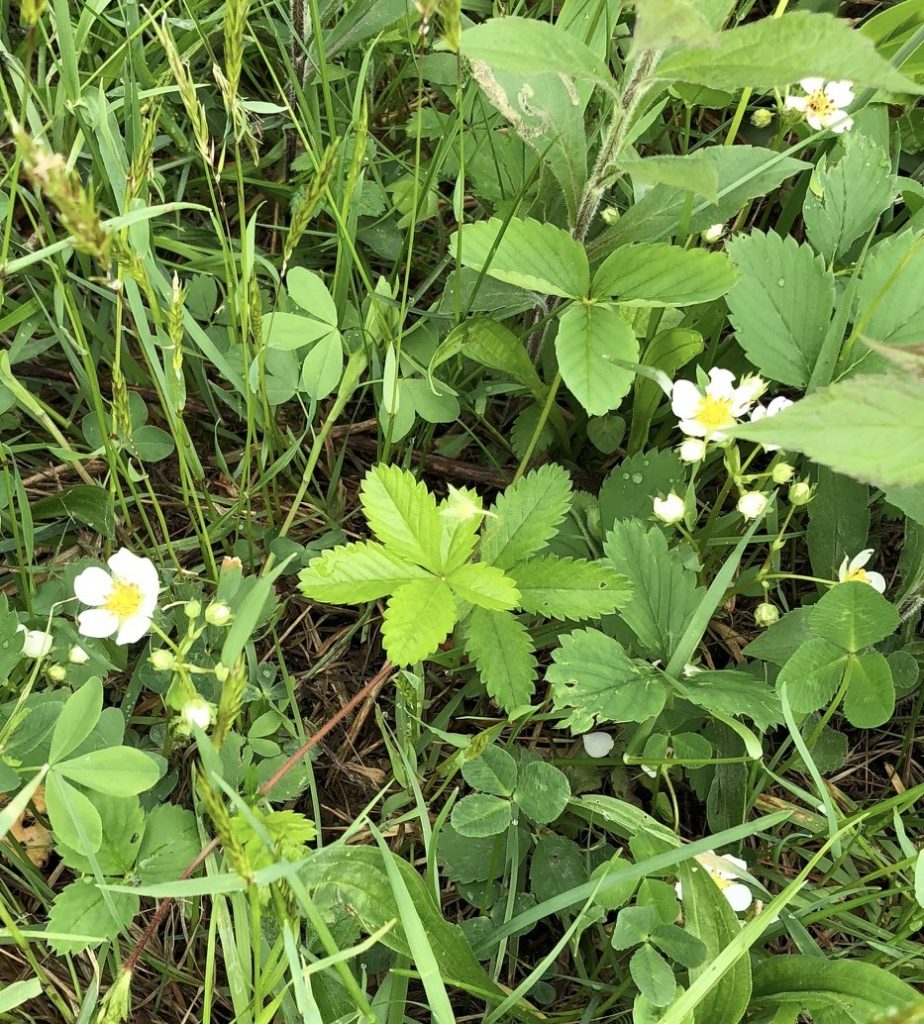 Acorns – Believe it or not, though you can’t eat them raw/green, with some processing acorns can be people food too. This is also on my list of “ought to try so I can say I did”. Apparently the pioneers used acorns quite a bit. I just haven’t been hungry enough to try.

That’s just a few entries in the wild edible olympics. I’m learning more every day. Not that I would necessarily want to dine daily on such foraged finds, but it has certainly been entertaining to learn, and helped pass the time while waiting for game animals to show up. Give them a try if you feel adventurous. It’s all interesting knowledge to have. After all, you never know when you might have to hide out in the woods for a few years – in case of, you know, zombies or something.