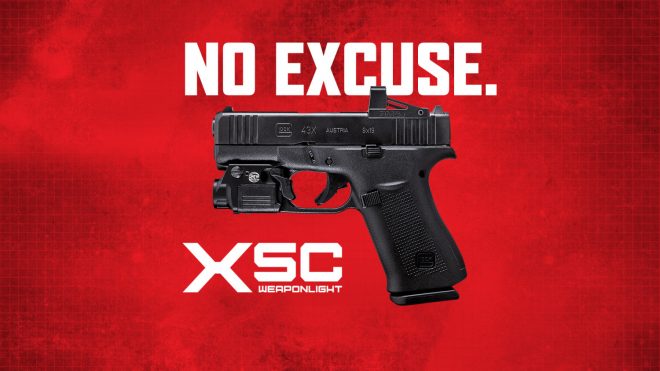 I get a ton of press releases but I was AFK when this one hit (I was actually out buying a WarComp and Mini762) and I have to say… well.. huh.

Surefire appears to have taken a page from the Trijicon book of product development who, I believe, learned from Colt.

What do I mean? “We’re the best, so innovation is bullsh*t” -Colt, Trijicon, and now apparently.. Suerfire Lights

Surefire took a little developmental flak awhile back for the M600DF 1st Gen’s being.. underwhelming. For reference I have two variants of that light and I’m pleased with them. The wide beams make brilliant (pun intended) room lights and I will happily purchase and recommend for purchase the current M600DF’s. The new bendy crazy mount version is pretty cool too (The Scout Pro).

But the market had also wanted a true rifle light, something with throw that would be able to stretch PID more than anything on the market at that time… and Surefire was savvy enough to play into that a little with their ‘1500 lumen’ advertising. This was before throw and candela were looked at more closely than lumen output was. In fact, it was a direct result of Surefire’s underwhelming ‘1500 lumen’ light that people started to question what was “wrong” or at least different about this from the old 1,000 lumen M600.

We received the M600DF as it was, which isn’t a bad light by any means, but it was kinda like Colt coming out with the 6920 again but being proud they put an ambi-safety in it, changed the model of flip-up rear sight they were using, and inexplicably making it a 17.5″ barrel for some reason.

So Modlite and Cloud Defensive came and pretty much ate Surefire’s lunch. The light bearing world got an education on lumens and candela and how you produced different throws for different applications, in a manner parallel to how you set up different firearms for different applications. Cloud produced the OWL, the absolute UNIT of the weapon mounted light world right now. Modlite brought the OKW and PLH, which then evolved quickly into the PLHv2 with feedback, and those lights did what the community had wanted the M600DF to do.

Streamlight quietly upgraded their TLR-1 series to new brighter systems and the M600DF, in my opinion, should have been more along those lines with the rollout. It was a logical progression of the M600 line, not a brilliant (pun intended) new product. Add to that a series of QC and CS issues that made the rounds on the internet and Surefire was beginning to worry us.

The Grand Champion of bright weapon lights and quiet guns.. was suffering from from an aliment we dread in this community.

The XSC is… underwhelming and overpriced.

I’m sure it works, just as I am sure the RMRcc works, but ‘works’ isn’t what people want to see. A flashlight in my pocket also ‘works’. I’m seriously wondering how they thought the market was going to react to a light that looks like a TLR-7A for twice the price and only 70% of the output.

Proprietary. Rechargeable. Battery… and it only lists as shipping with one, no spares are listed on their website as of this writing, and I expect them to be far more expensive than an 18350 rechargeable cell when they do become available. Oh, and add to that the 3.7v proprietary cell only runs the light for 30 minutes. For reference, an 18350 cell (also 3.7v) will run a PLHv2 for 35 minutes at 1,350 lumens and 54,000 candela.. and do so for $20 less… and you get two batteries.

Can that Modlite go on my Hellcat? No it can’t, and you know what.. I don’t care. I wasn’t eagerly looking to spend around $400 to get a light and holster for it on my Hellcat, G48/43X, or P365/365XL. But I could have been convinced it was at least a good idea if the light had offered, in addition to mounting on the little 9mm’s, both

A competitive price point, much closer to $200 instead being their most expensive conventional light, would also have been a really good idea. And as for batteries, rechargeable cells should come in pairs at minimum and that is truer than ever when your battery is proprietary. Heck, if that drop away battery compartment had been a sleeve for an 18350 and it had run this thing for 120-180 minutes I would probably be on board… but it doesn’t do that.

You were absolutely killing it, Surefire… and now you.. killed it. Not every product is going to shake the foundations of the industry or even be that good of an idea in the slightest (rotating quad rail).. But c’mon, lights are your thing! If we weren’t getting lumens we needed something else back, money would have been the home run. This light would probably be a hit at $229.