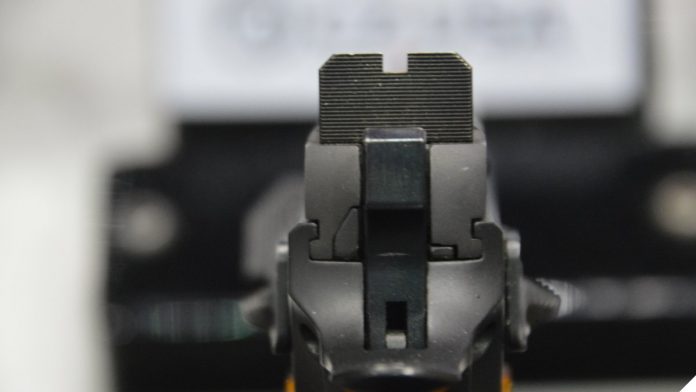 A proposal to swap out New Jersey’s long-dormant smart gun law and replace it with one requiring dealers to carry at least one such gun in stock passed the legislature last week.

Introduced in January by state Senate Majority Leader Loretta Weinberg – who designed the state’s current divisive smart gun mandate – the proposal requires dealers to carry at least one model of smart gun when they become available rather than sell them exclusively. Filed as S101, the measure passed the Assembly 49-23 and the Senate 24-12 with Democrats, who control both chambers, leading the charge. It now heads to Gov. Phil Murphy.

The bill scraps most of the state’s 2002 smart gun law which has has been on the books for nearly two decades and replaces it with a requirement that the state Attorney General continue to report to the governor and legislature every six months on the commercial availability of the devices in the country. Once the AG approves a production model, every firearms wholesaler and retailer in the state would be obligated to carry at least one example for sale in their inventory within 60 days and have it on display in their salesroom, with visible signage referencing its features.

Similar legislation, developed in collaboration with national gun control groups like Giffords, was vetoed in 2016 by Republican Gov. Chris Christie who said it, “would have also replaced one unnecessary mandate with another unjustified restriction on firearms sales, this time targeting firearms retailers.”

Murphy, a Democrat who ran for office with the endorsement of anti-gun groups and went on to appoint a former Giffords lawyer as his “gun control czar,” is likely to sign the bill into law. He approved six gun control bills last session alone.

Second Amendment groups are nonetheless asking Murphy to drip veto ink on S101, with the Association of New Jersey Rifle and Pistol Clubs stipulating that, should the Governor approve the new mandate, he should “set an example by immediately requiring his own security details to use only ‘smart guns,’” moving forward.

Firearms industry trade groups have long had a position that they are not opposed to authorized user recognition technology being applied to a firearm or to the further development of smart guns– as long as it is not made a requirement by lawmakers. The guns have been the subject of research since the 1990s, with the only commercial example marketed, the $1,200 German-made Armatix iP1, failing to make headway on the market. The .22LR pistol, which required an RFID-equipped wristwatch to be able to fire, could allegedly be hacked with a $15 magnet and jammed with radio waves.