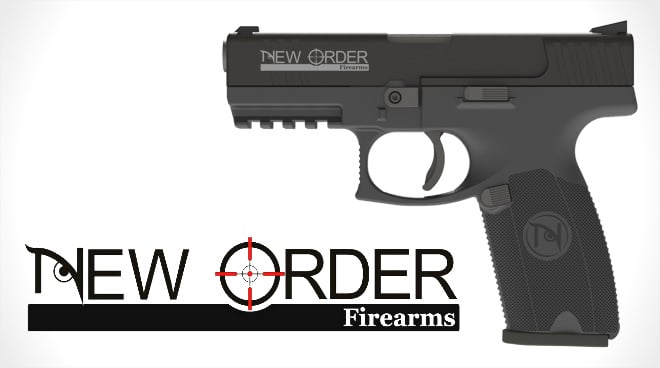 Allow us to re-introduce New Order Firearms, formerly Nite Owl Firearms. Due to a brand conflict, the budding Evans Machining Services’ gun manufacturer has changed its name. The change will let the company continue to use its logo and parts molds, which can be some of the most expensive and tricky components in polymer firearms manufacturing.

New Order Firearms doesn’t have any guns on the market yet. And at first blush, their upcoming NO-9 seems very similar to a dozen or more other polymer pistols on the market. It’s a standard striker-fired service pistol chambered for 9mm with a 4-inch barrel and 15-round magazine capacity.

What the company expects to make them stand out from the pack is their machining skill. As many manufacturers move towards metal-injection molding for many components, New Order will machine every steel part in their guns from bar stock. By avoiding cheaper molding or sintering processes, New Order can build its guns to a greater degree of precision giving components an edge in terms of durability and longevity.

The New Order goal is to make 100 percent American-made firearms to last, but the manufacturer has one more trick up its sleeve: true left-handed pistols. After it gets the NO-9 into production, New Order plans to launch a mirrored model for lefties. The pistols use easy-to-find Beretta 92 magazines and were tested with Beretta and Mec-Gar mags and functioned flawlessly with both.

The pistols have completed initial prototyping processes and are ready for production. Some of the re-branding tweaks may have delayed a hard launch but we still look forward to seeing the first guns roll off the line. For up-to-the-minute news on New Order check the company out on Facebook.