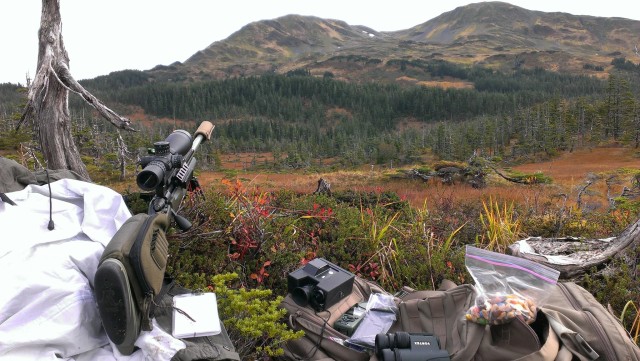 A House bill that would allow sportsmen in New Hampshire to take game with a legal suppressor passed an important Senate committee vote unanimously on Wednesday.

The proposal, the H.500/The Hunters Hearing Protection Act, would repeal the current prohibition on the use of silencing devices for taking wildlife in the Granite State. Introduced in the House last year, the measure earned a nominally bipartisan 184-124 passing vote from lawmakers there in January. This week’s 4-0 vote by the Senate Energy and Natural Resources Committee will send it to the chamber floor as a whole.

“The main reason I put HB 500 in was to protect hunters hearing, ” Rep. John Burt, R-Goffstown, sponsor of the legislation, told Guns.com previously. “There are several good side effects that have been brought up from others that support HB 500. Reduces gunshot noise for the homes nearby, reduces the high pitch noise which causes hear loss and many others benefits.”

Burt’s legislation repeals provisions in state law that that prohibit the use of silencers and suppressors while taking game. The devices, regulated by the National Firearms Act, are already legal in the state, and according to the latest data from the Bureau of Alcohol, Tobacco, Firearms and Explosives, over 7,200 are registered in New Hampshire.

The National Rifle Association and the American Suppressor Association– who gave a tip of the hat to local firearms companies in the state who are currently big players in the suppressor game– back the measure.

“The ASA is very appreciative of the support Sig Sauer and Ruger, two firearm and suppressor manufacturers with large footprints in New Hampshire, provided to get this bill pushed forward,” said the group in a statement, noting that Sig Sauer’s Suppressor Product Manager testified in support of HB 500 and their state lobbyist was on hand during committee meetings.

A full vote in the Republican-controlled Senate could occur as early as this week, which would send the bill to Gov. Maggie Hassan who, while a staunch anti-gun Democrat with a history of vetoing Second Amendment reforms, is currently challenging incumbent Republican U.S. Senator Kelly Ayotte and is looking for votes.