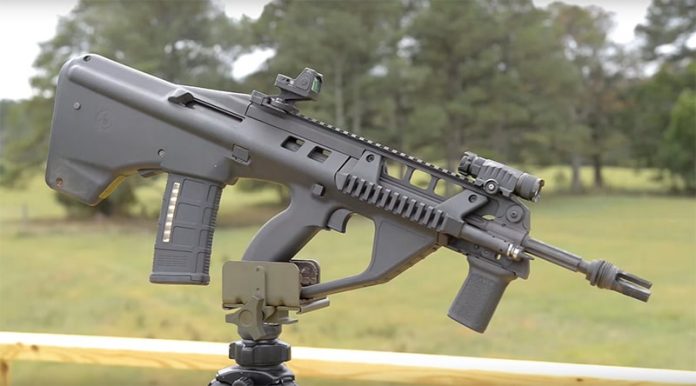 IV8888 goes full-on Crocodile Hunter to take a look at the select-fire Australian F90 service rifle, which is the Down Under variant of the Steyr AUG.

The Australian Defense Forces adopted a modified version of the AUG as the F88 Austeyr in 1988 to replace their local FN FAL variants and have used it extensively over the years. In 2012, Thales, operating out of the Australian Defense Industries factory in Lithgow, debuted the new and improved F90 with a ton of improvements such as a larger trigger guard, bottom rail, the capability to accept STANAG magazines and other tweaks all at a weight savings over the legacy bullpup design.

Plus, you can swap out barrels in about five seconds.

Eric tries one out (semi-autos are supposedly on the way) at ranges to 600 yards in the above vid and it seems pretty sweet.