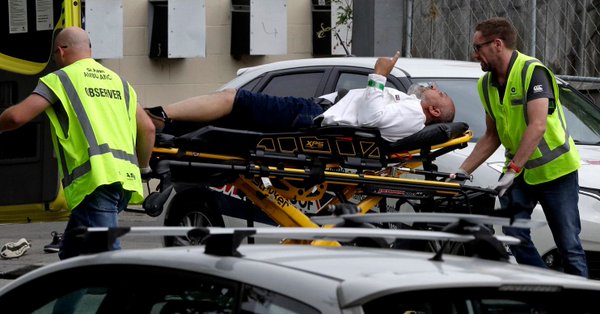 A complex attack on two Mosques in Christchurch, New Zealand has left 49 worshippers dead and 20 injured by last count.

A 17 minute video circulating online appears to show the attack. Social Media is taking active steps to prevent the video from circulating, to deny the shooter the fame and exposure he seeks. While I sympathize with denying the fame and limiting exposure, the video will offer value to safety and security experts trying to prevent and respond to attacks in the future.

Terrorism is about a message and the suppression is an attempt to defeat the message. Trying to deny it reaching the hateful supporters of this sick message and reduce the likelihood of copycat attacks.

Unfortunately, for their efforts, this is the information age. Once up the video can be shared endlessly and can only be removed as it pops up and is noticed.

The assailant, via the manifesto attributed to him and best information from his own proud admissions, is an anti-immigration extremist with a white euronationalist bent.

If there is one thing I want you to remember from these writings, its that the birthrates must change. Even if we deport all Non-Europeans from our lands tomorrow, the European people would still be spiraling into decay and eventual death.

The opening of The Great Replacement. The shooter’s justification for brutally murdering his Muslim countrymen in their sacred space.

Read at your own recognisance, it’s the typical self justified false righteousness that mass murders use to justify their actions. It reads like every ISIS, Nazi, Al-Qaeda, Dictatorial, or [name your insane violent purist].

The euronationalist identity runs rampant through the 74 pages. He attempts a humanization of who “he is” as an “ordinary White man” and pitching this in a savior/martyr complex. He’s starting a necessary war to “show the invaders our lands will never be their lands” and “take revenge on the invaders” for both past and present offences.

So of course he killed peaceable citizens during their prayers. Because “The Crusades” and other typical bullshit.

Tactics straight out of ISIS, The Taliban, and Al-Qaeda. Replace White with Islam and its the same extremism. The irony perhaps is he is exactly who he hates and there will be no way to convince him of it.

Extremism conforms to no logic but their own.

Now we view the cascade of the aftermath. We grieve with families of the dead and watch blame be assigned. This is one of the stated goals, and I see it happening in the media already.

This is a telling excerpt:

Finally, to create conflict between the two ideologies within the United States on the ownership of firearms in order to further the social, cultural, political, and racial divide within the United states.This conflict over the 2nd amendment and the attempted removal of firearms rights will ultimately result in a civil war that will eventually balkanize the US along political, cultural and, most importantly, racial lines.
This balkanization of the US will not only result in the racial separation of the people within the United States ensuring the future of the White race on the North American continent, but also ensuring the death of the “melting pot” pipe dream.
Furthermore this blakanization will also reduce the USA’s ability to project power globally, and thereby ensure that never again can such a situation as the US involvement in Kosovo ever occur again(where US/NATO forces fought beside muslims and slaughtered Christian Europeans attempting to remove these Islamic occupiers from Europe).

Use violence to incite further violence for their twisted version of the “righteous cause”. Attack the innocent because in their perverted mind “they” aren’t innocent but “our” innocents were the real innocents.

This is Al-Qaeda. This is ISIS. This is violent extreme pseudo nationalism used by EVERY group using exactly the same formula as every other extremist individual or group. They hate everyone and everything that differs from their warped worldview while claiming to fight for the world or some portion of the world, even as that world recoils from their vileness.

This man wants violence. He wants sympathetic copycat violence and retaliatory violence. He wants the world to turn upon itself and burn down. Then in some perversion of the phoenix mythos a new one to rise. He wants to perpetuate an enemy image on vast groups of people when that title truly only belongs to extremists like him, regardless of what he “champions”.

Let us together ensure his failure.

“…until there is no enemy, but peace.”