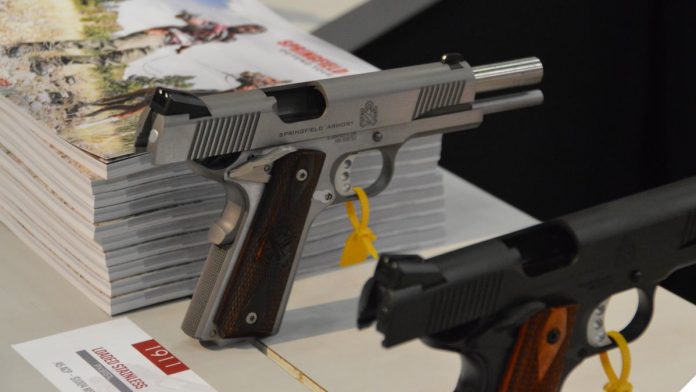 New York officials tried to get the U.S. Supreme Court to hold off on looking at one of the city’s gun control laws. The Court said no this week. (Photo: Chris Eger/Guns.com)

The U.S. Supreme Court on Monday turned away an effort by New York officials to hold off on a challenge to the City’s restrictive gun laws. New York had asked the nation’s high court to delay the case brought by three local gun owners who argue the City’s “premises permit” scheme — which drastically restricts the ability to leave one’s premises with a firearm — is unconstitutional.

While the law was previously upheld by lower and appellate courts, the Supreme Court agreed in January to hear a further challenge to the City’s restriction — the first such move by the court on a major gun case since 2010. This triggered a response by City officials to try to short circuit the case while local lawmakers evaluated changes to their gun control statute, arguing that the subject was moot.

On Monday, the Justices denied City’s motion, setting the stage for the case to continue. The gun owners who first took the City to court six years ago are backed in their effort by the National Rifle Association and their state affiliate. Attorneys for the plaintiffs argued New York could have changed their law at any time in the past half-decade and only chose to do so this month in order to avoid defending the statute in Washington– which could lead to a win for gun rights with nationwide reverberations.

“The City of New York clearly knows that its current restrictions on the carrying and transportation of lawfully owned firearms are unconstitutional and will fail under any standard of constitutional review, as the NRA has been saying for years,” said Chris Cox, head of the group’s lobbying arm.

New York’s effort was not the first time a city with strict local gun control laws sought to quickly change them when facing a potential precedent-setting loss in a high court. In 2017, the District of Columbia decided not to push its luck and declined to send a case overturning the city’s strict “may-issue” policy for issuing concealed carry permits to the Supreme Court, moving instead to amend their law.