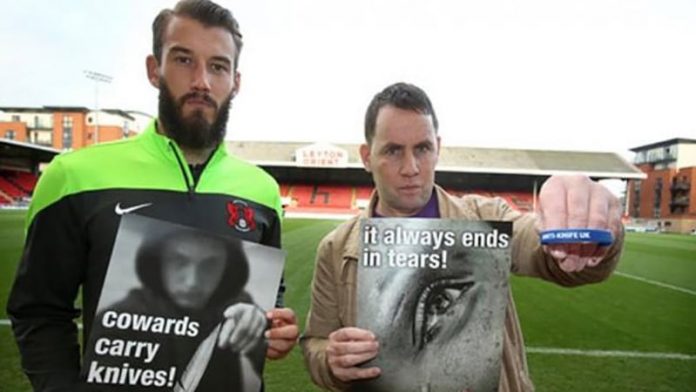 Lawful New York knife carriers, backed by Arizona-based nonprofit Knife Rights, have overcome two obstacles in their fight to stop what they describe as unconstitutional enforcement of the state’s gravity knife law — but one hurdle remains.

The Gravity Knife and Switchblade Reform Bill passed the state senate this month after passing the New York Assembly in January, but it still must be signed by Gov. Andrew Cuomo. However, the bill won’t land on his desk for several weeks because of procedural delays.

At issue is the interpretation of “gravity knife” by New York law enforcement and courts. The Reform Bill would amend current definitions of switchblades and gravity knives to specify that such knives do not include a spring, detent or other mechanism designed to create a bias toward closure and require exertion applied to the blade by hand, wrist or arm to open the knife.

Before now, semi-comedic “wrist-flicking” demonstrations have been used in court to make prosecution stick to people carrying traditional folding knives with a bias toward closure. Knife Rights said that such demonstrations have been used even in cases when the carrier of the knife in question wasn’t physically capable of performing the flick gesture.

The American Knife and Tool Institute defines bias toward closure as “the tendency to remain in the closed or folded position, imposed by a spring or mechanical load, unless acted upon by manual force.”

Arguments for knife bans resemble those for gun control. In Great Britain, public health and law enforcement agencies have added their voices to those of media and grieving families to advocate for broader knife bans. Those bans would include traditional pocket knives, in a quest to stop “knife violence”. Brits already must have what their government calls a good reason for carrying a knife in public, among other restrictions.