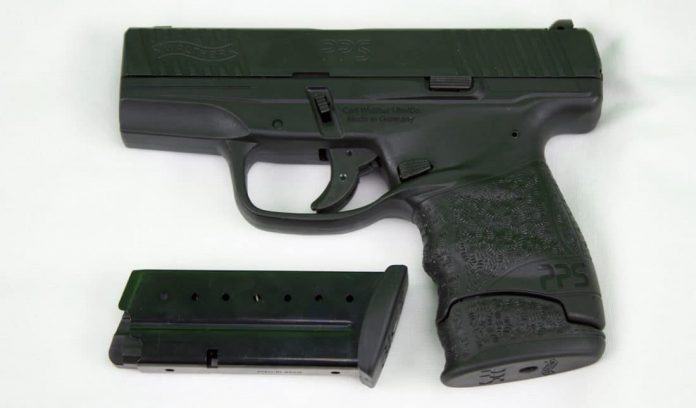 Single-stack, 9mm sub-compact pistols are a market that has proven to have staying power, and Walther secured a spot as a top contender in this market with the introduction of their original PPS back in 2007. The new release of the PPS M2, however, changes characteristics that made the original feel like a European gun, and bring it more inline with American expectations. 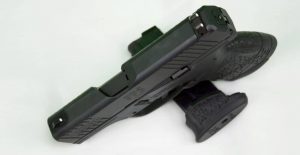 The M2 takes the same overall dimensions from the original but with a slant towards modern carry requirements. Serrations have been added to the front of the slide, which adds extra gripping points during sweaty, muddy or bloody slide manipulation, as well as during press check operation. 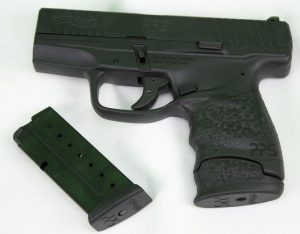 The magazine release was moved from the European-style trigger guard location to a more common American-style thumb release button. For many of us the European interpretation of a magazine release is a no-go, as it requires a different set of muscle memory skills from the more traditional style found on most guns sold in the states.

The biggest change that the M2 brings is in the ergonomics department. Instead of the block design reminiscent of a Springfield XD found on the original PPS, the new M2 offers a contoured and highly textured grip, rounded and molded to better fit the hand based on the PPQ. When it comes to the M2’s grip shape, it feels light years ahead of the G43 and My Sig P938 in this author’s subjective opinion. To me if feels much like a slim H&K P30 or VP9, and being a long-time HK fan, this is home. If you’ve been hesitant to buy a sub-compact single stack pistol in the past due to less-than-ideal grip ergonomics, I would definitely suggest you check this gun out

Shooting the gun, I was as accurate as I am with any of my sub compact pistols. The trigger is set at 6.1 lbs. from the factory, which—in my honest opinion—is a tad on the heavy side, and lead to me having to be more conscious of trigger discipline when shooting. In a concealed-carry application, a trigger that resides on the heavier side of the scale isn’t always a bad thing from a safety aspect.

The steel sights are a nice touch, and much preferred to their polymer counterparts, but if you’re going to carry this gun you might want to consider buying the LE version that’s equipped with night sights. What I like most about the sights is their rounded profile…if your carrying inside the waist, they won’t poke or prod you in the belly or side.

With all these additions, there was one thing that was lost in the move to the M2: the integral lig

ht rail for mounting a white-light illuminator or laser. And, as of writing this, I have been unable to find any compatible lights or lasers for this gun, but I expect it’s only a matter of time before the aftermarket catches up.

The PPS M2 takes a mainstay pistol in the sub-compact market and updates it to the current demands of the American gun owner. It is more comfortable than many of the guns in this growing segment, and being a bit bigger, it will fill some shooter’s requirements better than other offerings. In the end, it’s a gun I can wholeheartedly recommend…especially if you’re among those that have felt the block-like ergonomics of the PPS M2’s competition simply weren’t for you.

The gun is currently available in gun stores and actually costs less than the original PPS, with a current MSRP of $469.00.