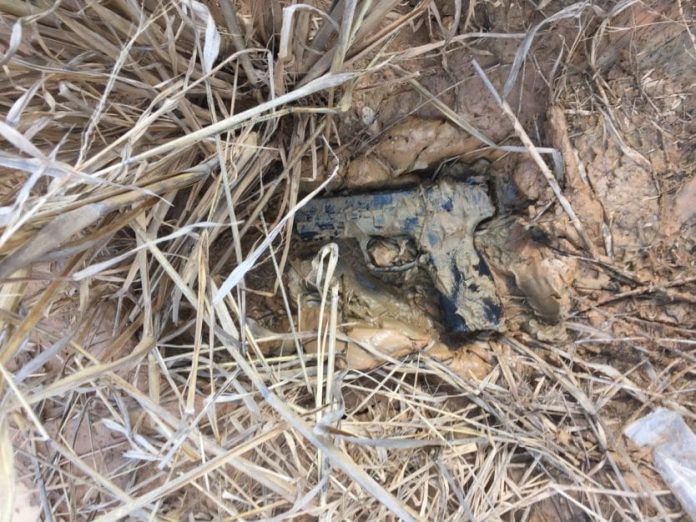 The M&P line is well-respected for a reason. Over the years, they have proven to be well-made and reliable duty-worthy weapons. I carry a Shield quite often, own an M&P9, and have owned several of the M&P products over the years, including a good little AR.

So, when it comes to Smith and Wesson, I’m far from a naysayer. 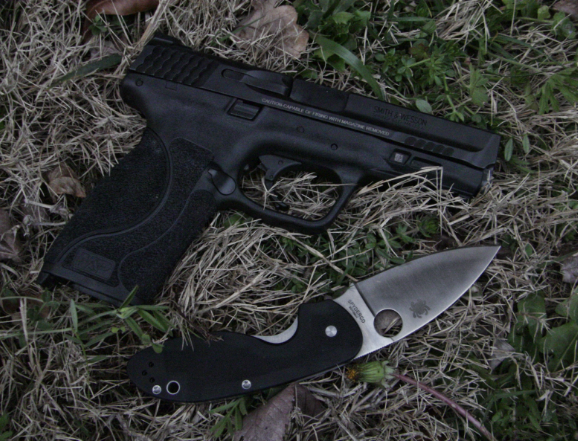 When Smith and Wesson announced that they’d be updating the M&P handguns, I was looking forward to it. However, when the pictures of the upgrades came across my desk, I was kinda underwhelmed. Granted, the guns looked cool, but at first glance it appeared that Smith had only added some stippling, slapped a M2.0 sticker on the package, and called it a new gun.

With these misgivings, I decided to go ahead and give the new gun a chance.

When the M2.0 arrived at my FFL, I was happy with how positive the grip texture felt. Still, as I headed to the range, I wondered if the difference would be notable enough to write about. 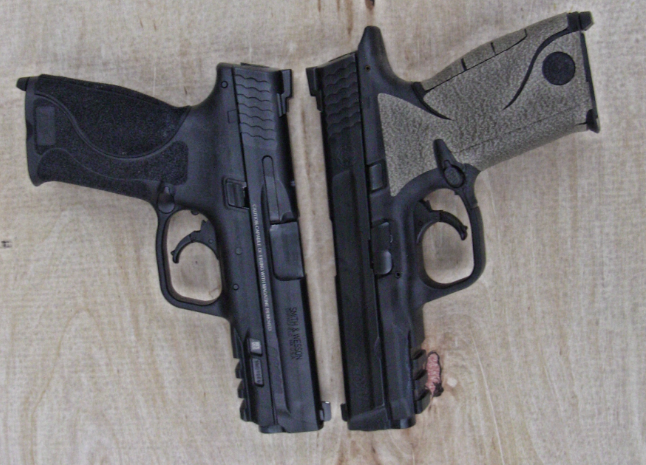 Brownells was kind enough to send some Blazer Brass in 115gr.

I shot the M2.0 a lot, and I plan to shoot it a lot more. Four improvements stood out right away.

M&P handguns have always been known for their comfortable grips. They seem well-fitted to most hands. Now with four interchangeable grip inserts, the options are even more specific to the individual’s hand. I have large hands but personally think that the small palmswell coupled with the new aggressive texture makes the gun feel like it’s been sent off for custom frame profiling and stippling. The texture feels like good stippling, too.

The trigger on the M&Ps have come a long way. The first iterations rode the struggle bus to the range if you ask me, but before the 2.0, newer M&Ps have been coming with, shall we say, an “evolved” trigger. Still, the M2.0’s trigger is better than previous evolutions. You’ll notice the small frame bump inside the trigger guard has moved as well. The trigger feels lighter, but I’m betting it’s just breaking cleaner.  The reset is audible and tactile, and the over travel seems to be reduced. I really like this trigger with this remaining caveat; I still think the trigger shoe’s geometry needs corrected. The trigger shoe’s curve is simply too pronounced. That being said, let me reiterate, this trigger certainly isn’t riding a struggle bus anywhere. It’s quite good, actually.

I’m not sure if it’s due to the more rigid frame (Smith and Wesson has embedded a steel chassis that extends to the end of the frame) or due to the new 1 in 10” twist barrel, but this gun is more accurate than my other M&P 9. I shot offhand and rested groups from 34 yards and the group difference was noticeable. I need all the help I can get.

I’ve already mentioned the steel embedded frame, but the slide has been re-profiled and forward slide serrations have been added. Do these design improvements contribute to function in a remarkable way? I don’t think so, but they sure look good! More notably, the slide stop has been reengineered so that the slide won’t fall forward, chambering a round, when a new magazine is inserted with authority.

The improvements to the M&P made in the M2.0 were subtle but thoughtful. The small improvements came together to refine the shooting experience more significantly than I would have guessed. 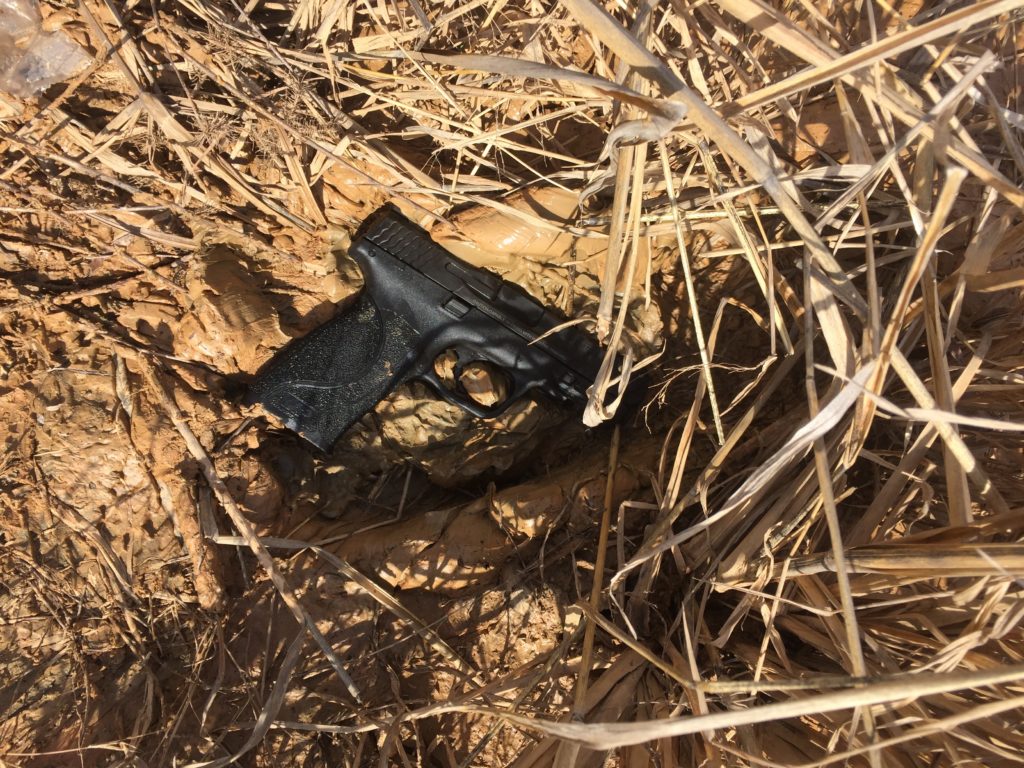 Since the grip texture seemed to be a more pronounced feature than I had initially expected, I decided to do a bit of a field test. If, God forbid, an end user actually ever had to use his or her handgun in a defensive application, the likelihood of doing so while sweaty, muddy, or bloody is relatively high. So grip purchase is very important. This feature seemed to be the M2.0’s claim to fame, so we decided on a sweaty, muddy, bloody test.

I used dish soap to synthesize sweat and/or blood. As you know, dish soap is much more slippery then either sweat or blood. I covered my hands, the grip, and the slide generously. I then proceeded to shoot steel and attempt to manipulate the handgun normally. I did this to both the original and M2.0 versions of the M&P 9. True to form, the advantage gained by the M2.0’s grip texture was significant. Follow up shots were much easier to manage on the new M&P over the older version. 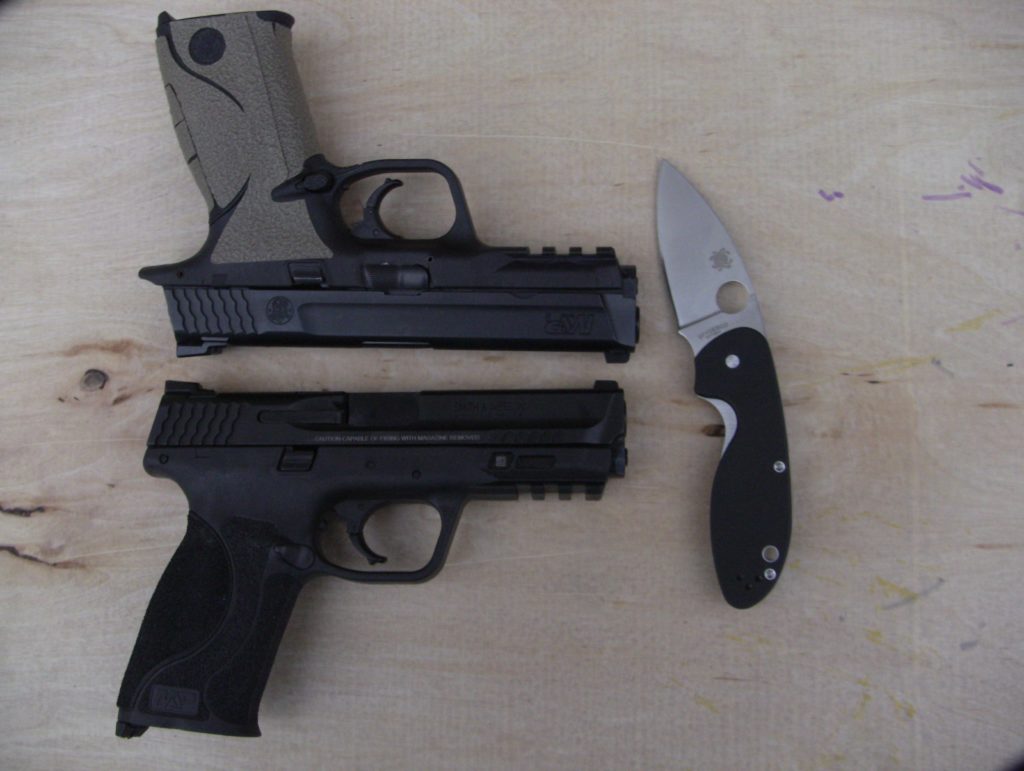 I then took both guns to a red clay mud hole and squashed both guns down into the mud. Afterward, I took them directly to the firing line and began to compare function. Both guns got the first few rounds off before the mud slowed the slide’s function. Most importantly, the M2.0’s grip again performed much better than its counterpart.

Granted, this test is a bit anecdotal, so I’ve included video for you to develop your own opinion, but I expect that your experience will mirror my own. This grip is vastly improved.

That mud and water also gave me an opportunity to check out how the Armonite finish holds up and the initial results are favorable. 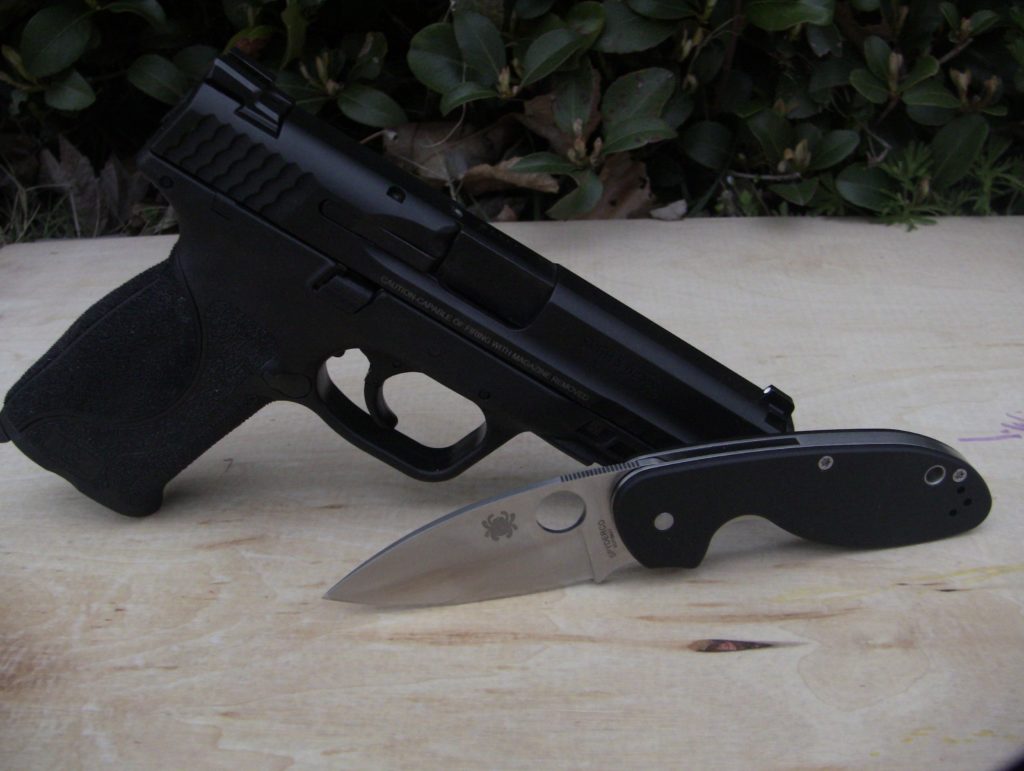 I’ve seen the light! My opinion has shifted. Initially, I thought “I already have an M&P9 and I don’t see a significant enough difference to bother with upgrading,” but after shooting the M2.0, I foresee a move into the 2.0 in my near future.

Special thanks to William at Gun King (one of my favorite gun shops) for providing his FFL services and to Brownells for helping out with ammo.