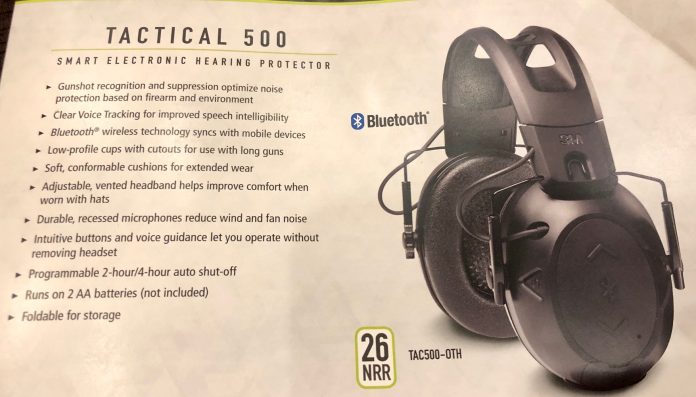 Wednesday of SHOT Show 2019 has turned into “electronics” day for this writer, because many of the things I have on tap are technology-related.

Today’s first stop was the “New Product Center”, where I saw several new models of wireless/cellular trail cams. There is a burgeoning market for cellular-capable remote cameras, so new ones are entering the fray this year. These can also crossover into the property security/surveillance arena, so hunting isn’t the only application for this technology.

I also checked in with with Bushnell because they have a new and improved wireless trail cam model called the Impulse. According to the rep there are now TWO processors so that the cam can upload images and continue to take pictures all at the same time. (The previous model could do one or the other at any given moment, but not both). Bushnell has improved the antenna, and upgraded the modem to 4G LTE, so this might solve some of the issues I had with the previous model.

In addition to the above, I checked with an outfit called CuddleLink, which has cameras which communicate with each other. There is one “home” camera which transmits the images and keeps the card, but it collects and sends images from its own network of up to 15 cameras. If you have a very large property, that would definitely cut down on the card-pulling and camera checking.

I visited with Peltor this morning and got a chance to try their Tactical 500 electronic muffs, which are Bluetooth compatible. I tried them in the sound booth on the show floor at Peltor, and even the recorded .50 cal and full auto AK noises didn’t bother me. I could feel the concussion in my chest, but it did not affect my ears. The electronic suppression was great. They will be sending me a set to try in the real world, so stay tuned.

On the same pass on the show floor, I ran into  AXIL (the SportEar people) where I got fitted for custom hearing aid-quality earplugs for hunting – for when wearing muffs around in the woods is not the best option. I will be writing up my impressions of those as well. This company also makes hearing aids, so they know exactly what they’re doing with enhancement and suppression. I can’t afford to lose ANY of my hearing – I need to be able to use a stethoscope for at least ten more years. I’d also like to not have my shooting and hunting habits impact my ability to hear the beautiful high frequencies of eventual grandchildren. Both of the above products should go a long way in that regard.