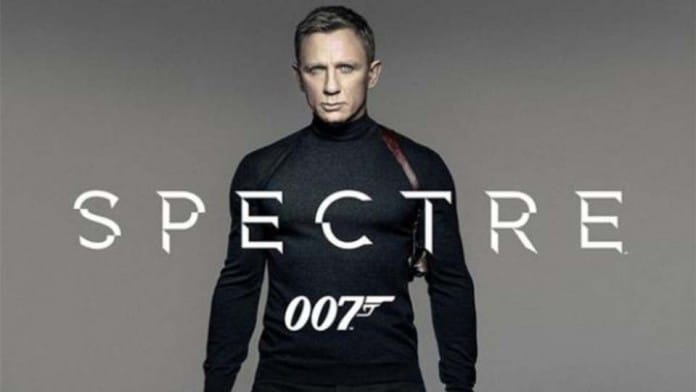 SPECTRE, the upcoming 24th James Bond movie, set to premier this fall, has a sweet new preview out that shows off some very swag guns.

Besides some video of a race around Rome with Daniel Craig/James Bond’s Aston Martin DB10 and a Jaguar C-X75 piloted by mysterious enemy agents, there is a good bit of firepower to be seen in the trailer. Come on, whats not to love besides super-cars, supervillans and super sweet action.

Oh yeah, super-guns, and there seem to be plenty.

The folding carbine/pistol in the open scenes looks like a Arsenal Firearms LRC-2 conversion kit fitted to a pistol– maybe with the Heckler and Koch VP9 HMs favorite spy is seen with later– inside of it.

A bearded goon can be seen with an AF2011 double barreled .45 (come on, you knew that gun was going to be a propmaster’s favorite).

Don’t frown on the modern technology though, it sure looks like 007 is back to rocking a Walther PP/PPK by the end of the trailer getting in some impossible shots from bow of a speeding boat.

One thing for sure is Christoph Waltz is pretty pimp for a supervillian.