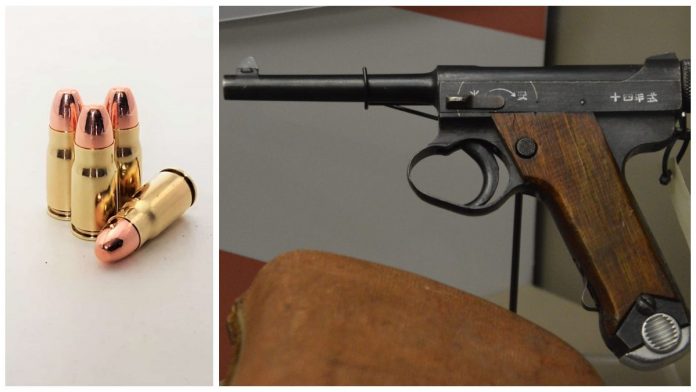 An estimated 475,000 Japanese Type 14 and Type 94 Nambu pistols were made, with many coming back to the U.S. after WWII as war trophies. Steinel Ammo is now making new cartridges for these relics. (Photos: Chris Eger/Guns.com- pistol, Steinel- ammo)

Ohio-based Steinel Ammunition announced this week they are making new factory ammo for Japanese Nambu pistols. The rimless, bottleneck 8x22mm cartridge was developed in 1904 by Kijiro Nambu, a firearms designer often referred to as the “Japanese John Browning.”

Used in Nambu’s Type 14 and Type 94 pistols as well as his Type 100 submachine gun in World War II, the low-powered cartridge had a reputation in military service as being on the anemic side, especially when compared to .45 ACP rounds. While no guns chambered for the round have been made since 1945, officials with Steinel feel there is a desire among potentially thousands of Nambu enthusiasts in the States for the round.

“Unless you are adept at loading your own ammunition, we find many classic firearms owners are just keeping these unique historical pieces in the safe,” said Andy Steinel, president of Steinel Ammunition. “So many Marines who served in the Pacific theater during World War II either captured or picked up one of these Type 14 or 94 Nambu pistols. They are incredibly fun to shoot, offer light recoil and their unique design is still copied by firearm designers today.”

Steinel noted that no less a firearms designer than Bill Ruger is believed to have used the Nambu handgun series as inspiration for his own Standard .22LR pistol in 1949.

Using an 83-grain full metal jacketed bullet, Steinel is marketing the new production Nambu cartridges in 25-round boxes for $26.99.