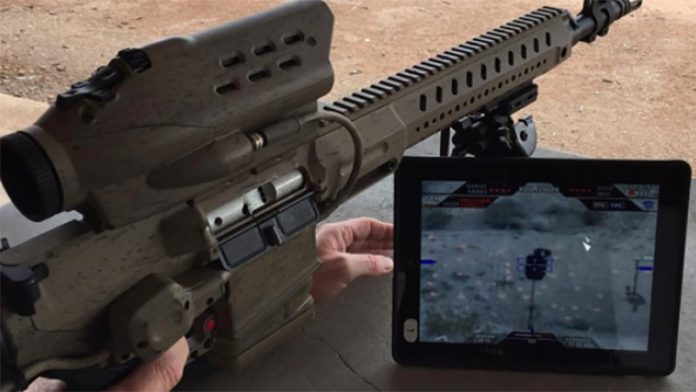 Nevada Department of Wildlife Commissioners voted 7-1 on Saturday to limit the use of “excessively large” caliber rifle cartridges and prohibit the use of laser tracking rifles by sportsmen for taking game in the state.

The Commissioners, in their notice for the hearing, said the purpose of the proposed regulation is “to adapt to technological advances and limit long range shooting in the spirit of fair chase and ethical hunting practice, limit the waste of edible game meat and clarify muzzleloader powder restrictions.”

The Commission held workshops on the proposed regulations in January and March as well as public comment at their June 25 meeting in Elko. In June, Chief Gamewarden Tyler Turnipseed spoke to the need to decide, “how big is too big” in terms of hunting big game animals in Nevada in keeping with “fair chase” practices.

The regulation will limit case length of cartridges used in the field to three inches with a caliber of no larger than .50.

“The case length of three inches would still allow pretty much any popular big game round today,” said Turnipseed in June.

Julius Fortuna, of the Nevada Firearms Coalition, joined with the National Rifle Association and the .50 Caliber Institute, argued the Commissioners had no documented facts that new regulation was needed, would benefit wildlife, or protect public safety and that most of their county advisory boards have voiced opposition to the move.

“We strongly object to the proposed regulation banning these centerfire rifles. All of these banned cartridges are currently being used in hunting big game around the world,” Fortuna said. “The information presented to date to justify this regulation does not meet any of the three criteria.”

Fortuna held that those who argue against .50 BMG use for game and cite inaccurate “Hollywood” portrayals of the round, or that it is a “military caliber” that should be out of bounds which relies on an anti-Second Amendment argument.

“Who is driving this? We should never forget that the most popular hunting caliber ever made is the .30-06, also steeped in military history,” Fortuna said.

In speaking of electronically assisted firearms, Turnipseed specifically mentioned TrackingPoint smart rifles. “They guarantee half-inch accuracy at 1,800 yards with a target that moves up to 30 miles an hour,” he said.

The regulation would make it illegal to hunt a big game mammal with any firearm equipped with a sighting system using a  computer or electronically controlled firing mechanism, which would ban TrackingPoint or similar devices, but allow electronic trigger systems such as those used by some sportsmen with disabilities, to endure.

Guns.com reached out to TrackingPoint for comment but did not receive one in time for publication.

A Nevada Legislature subcommittee must approve the rule change before taking effect.

TrackingPoint is dismayed that the Nevada Department of Wildlife banned for hunting the safest, most humane, and most ethical rifle in the world. We believe this was an uninformed decision based on fundamental and gross misunderstandings of what TrackingPoint brings to the sport of hunting.

TrackingPoint rifles are considerably safer than legacy firearms. Fewer hunters will be wounded or killed based on TrackingPoint’s technology. The shooting process is cognitive and requires a pre-designation of the target before a shot can be fired allowing the shooter the time to ensure that no one is in harm’s way. In the near future TrackingPoint will add a Proximity Warning system that provides an indicator if another hunter or bystander is within three miles along the flight path of the bullet.

TrackingPoint rifles are significantly more humane. It is estimated that 17% of all animals are wounded and not cleanly killed and never found. TrackingPoint’s improved precision dramatically reduces the percentage of wounded animals to less than 0.5% of animals fired upon.

Enables the Disabled to Hunt

Disabled veterans are also able to use TrackingPoint to hunt. Even blind veterans have experienced the joy of hunting using TrackingPoint rifles. TrackingPoint’s video streaming enables a spotter to guide a blind hunter to place an accurate tag on an animal. From there the gun will only fire when the desired point-of-impact is intersected.

Lastly, TrackingPoint rifles are pulling young new people into the sport of hunting. The Company’s technology is exciting to younger generations in particular, including the ability to live stream their hunting experience to loved ones and friends, and share their experiences via social media.

We believe the Nevada Department of Wildlife has done a disservice to the people of Nevada. We can’t imagine that anyone on the Wildlife board is in favor of hunters being killed, animals suffering, or the disenfranchisement of disabled veterans. TrackingPoint is working with Nevada Governor Sandoval’s office to correct this apparent mistake by the Nevada Department of Wildlife.