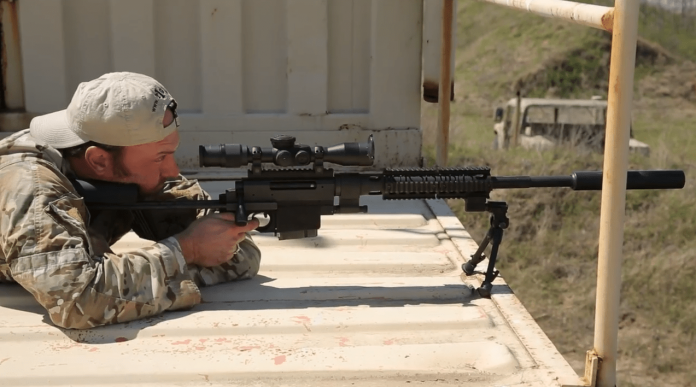 A couple of years ago, I fostered my interest in long-range shooting by attending classes at Marksmanship Training Center. I purchased a Ruger Precision Rifle and started getting busy throwing rounds out to 1000 Yards. It’s quite addictive and I ended up modifying my rifle with a bunch of bolt-on parts and a new Proof Carbon Barrel. Looking at the other guys shooting at MTC, I noticed very few compact rifles. Aside from one of the instructors, we all had these huge muskets. The Nemisis Arms Valkyrie looks to be a much more compact option.

When I saw this video, the packed size of the Valkyrie really caught my attention. Plus it has ambidextrous bolt actions to suit left and right-handed shooters. I’m not certain exactly how accurate this rifle really is, but the concept of breaking it down to a backpack includes some impressive engineering. Although I doubt the practical application within the military, this is still an interesting rifle. We’ve all seen the movies where some uber-sniper from Russia assembles his rifle from a briefcase atop a 5-star hotel. He makes the shot, disassembles the rifle and casually walks past the frantic authorities swarming the lobby. The Valkyrie looks like that kind of rifle.