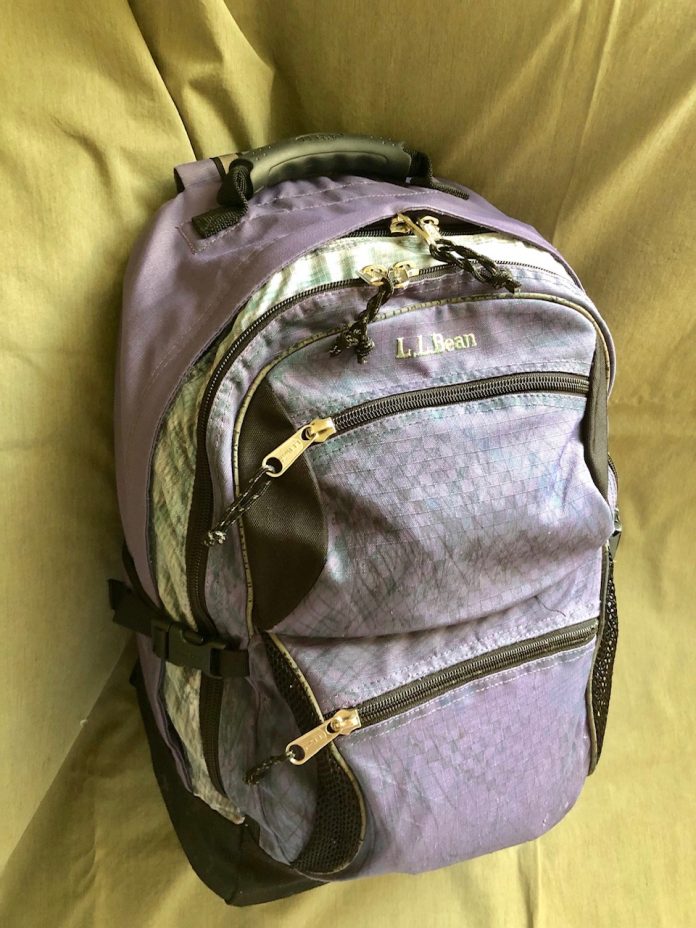 I had a good reminder this weekend why it’s important to be prepared for the unexpected. Because the unexpected isn’t always the Zombie Apocalypse. Sometimes the unexpected sneaks up on mossy little feet and grabs your car by the tires instead.

I was at an outdoor wedding under a tent in a field, in an unfamiliar area two hours from home. I had planned to return home in the early evening when the festivities started to die down. It was a lovely celebration, but I was tired, so while everyone else was watching the fireworks I took my leave. The field however, had other plans.

I wasn’t familiar with the field and there were people and campers and pick-ups everywhere which I was trying to pick a path through with my AWD wagon. It was dusk and I couldn’t see very well in the gathering darkness. I chose what looked like a clear path through – and drove right into a boggy patch I couldn’t see and got stuck! There was a reason that area was clear of other vehicles – D’oh!

After some pointed swear words, I got out of the car and squished over to some by-standers to see if they had a tow-rope. One little boy ran up and said he would go get his daddy to help me. I thanked him and squished back to the car to get my purse and phone – skirt hiked up and one sandal being sucked off in the process. It wasn’t a mud-hole so much as a classic bog. There was soft moss on my bare foot but about an ankle’s worth of water, and even with AWD, my car just couldn’t get any traction.

Long story short, the little guy’s daddy gave me a ride back up to the wedding tent in his side-by side, and after the fireworks I found the bride and groom (the only people I knew). They changed clothes and between some other people and the groom with his big pick-up, they got my car out.

One of the morals to the story is that if you don’t drive a big 4WD yourself, you should know some people who do. And also, if you need help, don’t ask a guy in a suit and a BMW – ask the guy in cargo shorts and a side-by-side. They assured me that though I was mortified at getting myself stuck, I wasn’t the first and likely would not be the last person who got mired in that spot during events there.

It was getting late, so instead of heading two hours home, I drove my mud splattered pride to a hotel instead. I had a bag in the back of my car – leftover from hunting season – that contained a change of clothes, so I didn’t have to sleep in my muddy skirt and I even had clean underwear!

I was thankful for my own forethought however limited it was. I was also grateful obviously for the intervention of friends – both those I knew and those I didn’t. Even the lady at the hotel at 1030 pm had a smile on her face.

One item I didn’t have and wished I did was a belt. The second thing was spare shoes. The bag had been originally thrown in the back of the car during hunting season with the assumption that I would already be wearing a belt and boots, and might just need to change out of wet clothes. That was fine – right up until I was at an outdoor wedding in maxi skirt and sandals.

What I did have were wool socks, cargo pants, a t-shirt, a fleece, and clean underwear. I had a shirt to sleep in and clean clothes to wear home in the morning, which did wonders for my morale. I looked a little odd at the hotel free breakfast wearing rolled-up cargo pants and muddy sandals, but there are worse problems in the world. And it was the Super 8, sooo…

Later, I started thinking about the what-ifs. (Actually, I laid awake for a couple hours that night stewing about it) What if I had been alone when I got stuck with no help immediately available? What if I had to spend the night in the car until I could rouse a tow truck? I had some water in my insulated cup, and I had a blanket in the car, but it would have been a hungry night. I certainly couldn’t have walked for miles in those sandals. They were flats and fairly sensible, but they weren’t sneakers or hiking boots.

As soon as I got home I set about building myself a new, more deliberate “Get Home Bag”. I started with one of my kids’ old school backpacks that I still had lying around. I salvaged it out of the basement a few years ago and found yet another life for the thing. As a side note, say what you might about LLBean, but this was one of their school backpacks from about 15 years ago, which not only survived a couple years of middle school until it wasn’t cool anymore, but also a few trips through the washing machine, and even range bag duty in the Arizona desert for a class a few years ago.

I decided to use this daypack – even though I own other more tactical or camo options – because I didn’t want any casual observer of my car to think this dusky purple bag with the ink stains was anything worth stealing.

In addition to the pants, wool socks, t-shirt, fleece, and underwear that I already had packed, I added:

-Toothbrush and sugarless mint gum (in place of toothpaste)

-Reflective tarp for warmth and shelter

-Protein bar – I’m going to add an MRE too

-Empty water bottle with a gallon jug in the car

-A couple big brass quilting-type safety pins – (I keep these in my travel toiletry bag too. They don’t rust, and can be used to make emergency repairs to clothing, or hold a blanket around your shoulders in an emergency situation.)

I also always keep a first aid bag in the car separately. I may come up with a few more things as I go along, but that’s my preliminary packing list.

All of this additional stuff will give me a little more piece of mind for next time. This bag is still more of an “Oh Sh*t” bag than a true Bug Out Bag though. I’m not exactly planning to hike for three days to my secret lair while shooting hundreds of rounds at the hordes. But in truth the opportunities for life to give you “Oh Sh*t” moments are legion, whereas the likelihood of an actual apocalypse – as much as folks like to talk about it – is hopefully very small.

If I can step up onto my soapbox for just one more minute – I’d like to say that I think it is particularly important for women to have a bag like this in their cars. Men have “Oh Sh*t” moments too, but women are more likely to be wearing flimsy clothing and horrifyingly unsuitable footwear when “Oh Sh*t” happens. I learned that lesson personally. I wasn’t truly stranded this time and the weather was cooperative. But who knows about next time? I want to be ready – even if it’s only for another wedding.