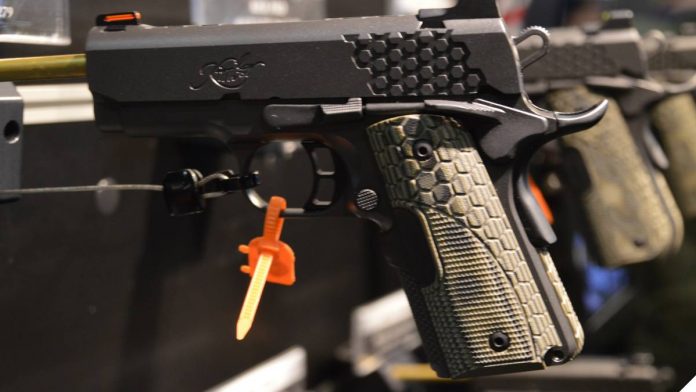 Republican Gov. Doug Burgum this month has signed at least three pro-gun bills into law that include measures to arm teachers and lower the boom on public “buybacks.” The measures sailed through the GOP-controlled legislature with the support of Second Amendment groups, leaving national gun control groups to urge Burgum in vain to veto the measures. The bills signed into law included:

HB 1163 — Reduces the punishment for carrying a concealed firearm at places with legal gun-free zones such as bars from a misdemeanor that could lead to possible jail time to an infraction punishable by a fine. Sponsors held it was needed to curb instances where otherwise well-meaning gun carriers missed a posted sign or were unfamiliar with the law.

HB 1332 — Allows school districts to designate staff to carry firearms of school grounds as part of an armed first responder program. The bill requires schools to coordinate with local law enforcement on their plans and supporters reasoned it offers a valuable tool to small or rural districts that may not have regular access to a school resource officer. Lawmakers say there are at least eight small schools already interested in the program.

HB 1381 — Bars the use of taxpayer dollars for firearm buyback programs while at the same time making it illegal for law enforcement to support one. Violators face a misdemeanor penalty. Supporters of the bill argued that such events do little to curb street crime and are often conducted in conjunction with police who could be better used elsewhere.

Besides approving the three pro-gun bills, lawmakers rejected a measure backed by gun control groups to institute a Public Safety Protection Order program that would allow police or family members of an individual thought to be at risk to petition the courts to have the individual’s guns seized for up to a year pending a hearing. The proposal, HB 1537, only drew 17 supporters while 76 lawmakers turned a thumbs down.