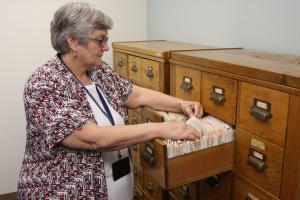 Gun rights advocates in North Carolina are pushing to have old gun registration records in Durham County destroyed rather than archived for future use.

The records, which date from a 1935 law that required gun owners to register their handguns with the county clerk, are now not needed with the recent repeal of that law by the state legislature. Now the debate is growing over what to do with the slice of gun control history.

Local county clerks have been in touch with the North Carolina Department of Archives about taking possession of the records, which does not sit well with area gun groups.

Valone explained that the reason the law stood for so long in Durham county, even after statewide firearms preemption, barring local governments from enacting gun laws more stringent than state law passed in 1995, was because it had been enacted by the General Assembly as a local bill, rather than having been adopted as an ordinance by the county.

Valone continued that this is the key to why the records should be liquidated rather than retained for the use of statisticians and researchers.

“Because the preemption statute now pertains, however, GRNC regards retention of gun registrations as illegal, and has demanded both county officials and the NC Department of Cultural Resources, whose approval is required before public records may be destroyed, to proceed with destruction,” said Valone.

The records are a reminder of a shameful era in American judicial history. Once commonplace, Jim Crow gun laws, aimed at refusing second amendment rights to African Americans, swept the country following the Civil War and were still being enacted as late as the 1940s in not only southern states but in places like Ohio and New York. Many of these, such as in Oklahoma were still being repealed as late as 2011.

According to reports from the Carolina Journal, local politicians, however, want no part of the debate over the records. The court clerk, who is trying to transfer the records out of his office, is similarly at a loss on what to do with the gun logs.

“If I were to take and spray some Kingsford charcoal lighter fluid to them and light a match, the next thing you know, here would come somebody from the county saying those were county records, you weren’t supposed to do that,” said Archie Smith, clerk of court for Durham County Superior Court. He advocates saving the records, saying there is no other continuous database going back to the Depression on handgun registration in the state.

Currently the nearly 80 years of records are stored in wooden boxes in the Durham County clerk’s office awaiting their final disposition.

Valone promises the GRNC is willing to keep the fight alive to ensure they never see the light of day.

“Our next demand will go to Governor McCrory, to whom the Secretary of the Department of Cultural Resources reports. If they fail to act, GRNC will consult legal counsel to examine the options for litigation.”

The post NC: Fate of Jim Crow-era gun registry records up in the air appeared first on Guns.com.

Via:: NC: Fate of Jim Crow-era gun registry records up in the air