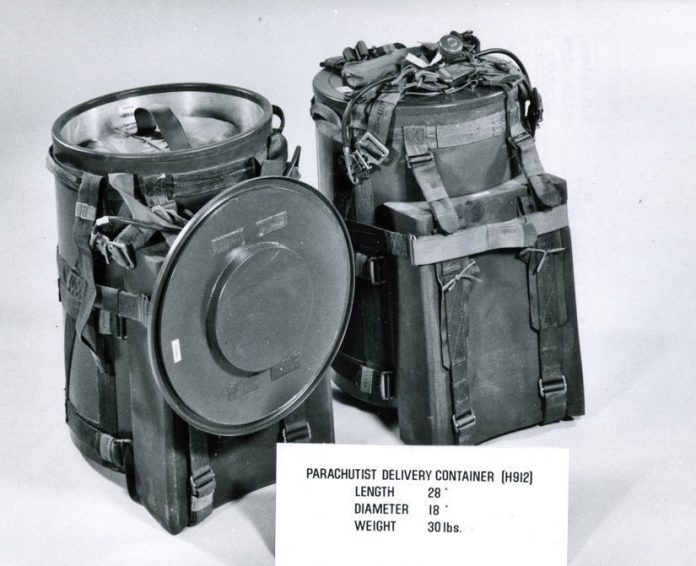 Thanks to decades’ worth of cultural pressure on the international stage, most nations view the use of nuclear weapons in war as a reprehensible act. Today’s nuclear nations, by and large, ascribe to a model of deterrence: Put simply, our nukes stop them from using their nukes. Although posturing can get quite a bit more complicated than that, mutually assured destruction remains the primary mode of prevention when it comes to nuclear war. In the minds of many, a single nuclear strike is conceptually synonymous with a global nuclear war, simply because we’ve spent so long operating under the assumption that the response to one nuke is more nukes.

But that mindset wasn’t always the prevailing one in the national security community. For a time, the tactical use of nuclear weapons seemed like a feasible strategy in the event the Cold War turned hot. The idea wasn’t to strike the Soviet Union with a cascade of ICBMs that would wipe the nation off the planet, but rather to utilize small nuclear weapons as a highly effective means of waging war on an otherwise conventional battlefield.

If this is sounding a bit like the Fallout game series to you, there’s a good reason for it. The “mini-nukes” and other nuclear-powered weapons throughout the series are largely based on nuclear programs (or aspirations) from America’s 1950s, tying in with the game series’ overall aesthetic. In fact, if you think of the way the video games incorporate these nukes, you may be surprised by how frivolous the U.S. government really was with small nuclear devices.

How frivolous? One American Special Forces unit was tasked with learning how to ski down the Bavarian Alps with 60-pound nuclear weapons strapped to their backs.

“It skied down the mountain; you did not,” said Bill Flavin, who commanded a Special Forces team tasked with the operation. “If it shifted just a little bit, that was it. You were out of control on the slopes with that thing.”

It only gets crazier from there. The backpacks those Green Berets were tasked with ferrying down those treacherous slopes were called Special Atomic Demolition Munitions, or SADMs. The U.S. government designed a variety of these man-portable nuclear weapons with destructive yields that ranged from 100 tons of TNT to 1,000 (.1 to 1 kiloton). They weighed approximately 59 pounds and were always meant to be delivered via a two-man team.

Although the deployment of the weapon could really be handled by just one special operator (these weapons never reached the conventional forces), nuclear doctrine dictated that no single person—other than the president—ever have the means to detonate a nuclear weapon on their own. As a result, each special operator was given one half of the detonation code and both would need to input said codes in order to start the countdown on the weapon.

A parachutist tests jumping into water with a SADM, which is attached to the line hanging below him. (Sandia National Laboratories archive photo)

The concept was really pretty simple: You could give a SADM, sealed inside a waterproof housing, to a team of Navy SEALs, who would send two swimmers into a highly secure Soviet shipyard. The SEALs would place the nuke somewhere inconspicuous, enter their codes, and then swim like hell to get out of the area before the weapon detonated. Realistically speaking, it would only take a dozen or so of these sorts of attacks to effectively neuter a military campaign. Other weapons could be delivered via HALO jumps or by sneaking through contested territory on the ground: each method within the areas of expertise of America’s diverse special operations community.

This declassified DoD video breaks down the SADM’s use and deployment (in an unusually cheery manner).

The problem really came in finding ways to effectively use these weapons. Soon, military officials began to question the value of keeping backpack nukes along Europe’s Soviet flank and the DMZ dividing North and South Korea. Aside from concerns within the special operations community that a SADM mission was effectively a suicide mission, military strategists struggled to find a reasonable use for the platform. A large-scale invasion in either Europe or South Korea would require either detonating these nuclear weapons in allied territory to stem the invasion’s forward progress or potentially allowing them to be captured by enemy forces. Neither seemed like a particularly palatable use for such a destructive weapon, and as a result, the program gave way to more reasonable means of nuclear weapons delivery, such as missiles or bombs carried by rockets and aircraft.

No SADMs were ever used in combat, and for good reason. Aside from the risk to the special operators tasked with deploying them, even tactical nukes carry a massive strategic weight. SADM attacks would almost certainly have led to nuclear escalation and, potentially, the use of larger nuclear weapons—which brings us right back to the mutually assured destruction quagmire. When conventional weapons could potentially accomplish many of the same tasks as a nuclear SADM, risking an all-out nuclear war to employ a .1 kiloton weapon just doesn’t make much sense.

General Louis Menetrey, commander of U.S. troops at the North Korean border at the time, reportedly referred to the presence of SADMs near that DMZ as “pretty dumb,” as a result.

Major General William F. Burns (ret.), however, summed up the reason America did away with the SADM program a bit more eloquently, saying, “As this realization sank in, such weapons were quietly retired.” 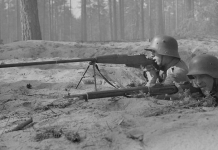