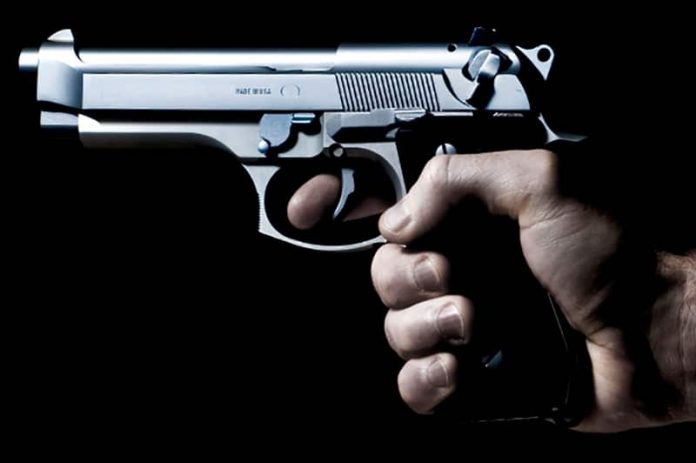 How can these groups be so divided when all purport to stand for the Second Amendment?  Which stance is the right one?

NRA and GOA point out what to some is probably not obvious—people with concealment permits have undergone a background check to get it.  Weeded out are illegal aliens, past felons, addicts whose vices have landed them crossways with the law, people whose mental problems have led them to stand before a judge, and in many states, even older people who incurred a misdemeanor offense of domestic violence before they were old enough to drink legally.

These same groups liken national reciprocity to a driver’s license from any state, which allows possessors to travel freely across state lines.  It’s an appealing argument, sensible on the surface.

Current concealed handgun licensure (CHL) laws are similar to a 50-piece quilt pieced together with no regard for matching anything.  Some states, like Vermont and West Virginia, have permitless carry, meaning any resident of those states may carry concealed without a permit.  Others, like Pennsylvania, require a fee and a background check only. Many states, Utah and Texas being among them, require training, though standards vary widely.

A live fire test may or may not be required.  The most restrictive states, i.e. Maryland and California, require residents to prove their need for a permit, as if protecting oneself from violent crime is a privilege.

Once a permit is issued, those who would carry must be aware of the unique laws pertaining to the act of carrying in each state.  Some states require drivers to inform police of their carry status on a traffic stop; others don’t.  Some ban carry in schools or hospitals; others don’t.

HR 923, the latest reciprocity bill on Capitol Hill, is touted by NRA and GOA because it not only simplifies the matter of travel.  It also preserves permitless carry across states for residents of permit-free states.

NAGR takes quite a dim view of national reciprocity, saying it represents the beginnings of a framework for national  gun registration at worst, and at best violates the privacy of gun owners. Furthermore, NAGR advocates for constitutional carry, another term for permitless carry, on the basis of accurate interpretation of the Second Amendment.  The group also rails against what it says is the NRA’s profiteering and monopolizing where training is concerned.

Which side has the best argument?

NRA and GOA surely have the support of many permitless carry state residents, whose literal interpretation of the 2A brought these states to no-permit-, no-training-required status.  It’s ironic that the most “literal,” if you will, of the 2A groups is opposing any national reciprocity–but they too have valid points.  Not only can I see the potential for privacy infractions, but other issues.

In a time when our nation’s police officers are targets of terrorism, they don’t need to be spending more of their roadside time waiting for permit information to download onto their dash-mounted computers.  National reciprocity also appears to remove a slice of states’ rights and puts it with the federal government. When that comes to firearms, more federal oversight equates to more federal gun control.

NAGR is correct in its analysis of NRA’s monopoly on training–however, no other group appears to be challenging that mantle.  The NRA’s training standards are generally not a reflection of instructor quality, nor of a graduate’s readiness to bear a handgun for self-defense.  I believe the live fire standard to be a reasonable one, considering the gravity of responsibility in carrying a firearm.  Meanwhile, NRA has taken much of its beginner pistol course out of local hands and into its online system.  Answering questions on a screen correctly is no test of handling a firearm safely and effectively.

The stance taken by NAGR to oppose national reciprocity is, in this writer’s opinion, closer to the spirit of the 2A.  However, the organization is wrong-minded in shunning the idea of at least basic training.  Though staunch constitutional carry advocates will deny it, there have been naïve mistakes by carriers in states without a training requirement.  Cue up the guy in Altoona, Pennsylvania whose gun went off as he knelt during mass last Easter Sunday—an avoidable mishap that appears to be lack of training on safe carry, in a state that requires no training.

Dumb unintentional discharges, some tragic, will happen with or without trained carriers. Training doesn’t necessarily change behavior; it does make safer carry and judicious use of deadly force more likely.  This is a time in history when gun owners can’t afford stupid mistakes.  One person’s mistake is used to paint all guns and their owners as dangerous.

While I agree in principle with NAGR’s stance, and oppose federally mandated, one-size-fits-all training, I do think that the millions of experienced and competent gun handlers in our nation bear a responsibility to model safe gun handling, and if they carry, to become competent in self-protection in a way that’s sensible for their lifestyle.

Gun owners shouldn’t be blind to industry marketing schemes.  Convenience marketing is one of the oldest and easiest to accomplish.  The ease of driving state-to-state without first researching carry requirements is a soothing proposition for busy lives.  However, is that worth the sacrifice of privacy or the inevitable compromises (read: restrictions on where one can carry) that will inevitably end up in any bill that becomes law?  Besides, websites like handgunlaw.us put current information from all states in one place, bringing a hefty measure of convenience back to the process.

As a richly diverse nation of gun owners, surely we can find our own ways, in our own communities and states, to hold ourselves and one another to high standards of safety and effectiveness in order that arbitrary government standards not have to be put upon us.