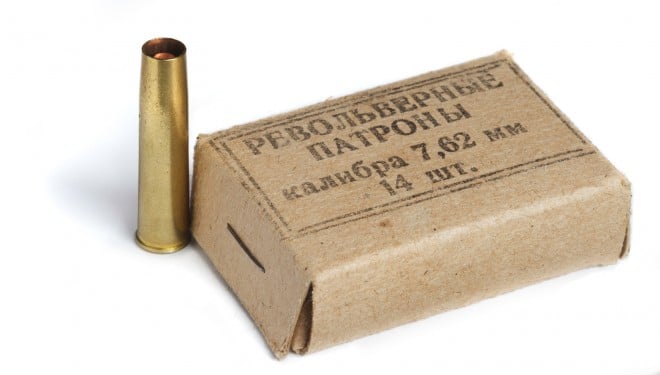 The 1895 Nagant revolver is well known in the US as cheap surplus gun (available for a time for under $100) with questionable ammunition availability. Many thousands were sold in the past twenty years and still sit in gun cabinets as amusing plinkers. Can they be more than historic curiosities?

The main feature of the Nagant is the “gas seal” effected by the forward movement of the entire cylinder on cocking. The mouth of elongated cartridge case would actually enter the forcing cone and expand on firing. That eliminated the cylinder gap flash (incidentally allowing effective sound suppression) for slightly higher velocity and increased shooter comfort. It also improved accuracy but self-centering the bullets relative to the barrel. Unfortunately, the main problem with this revolver has also long been its unique ammunition. Loaded with a deeply recessed bullet, is was typically made with non-reloadable Berdan brass. Surplus ammo availability was limited mainly to the low-power target loads shown above. They were corrosive and only moderately consistent. The original military loads used approximately 100gr bullets at about 1100fps. Some surplus loads go up to 109gr and nearly 1300fps, though that may be from improper storage and resulting overpressure. Target loads ranged from 700fps to about 650fps. For a long time, the only available non-corrosive load was Fiocchi at about $30 per 50 rounds. More recently, Prvi Partisan (PPU) (sometimes branded Hot Shot) became available at about $22 per 50.

One more option is available, a conversion cylinder for the more common 32ACP. While functional, it loses most of the advantages of the unique Nagant design and is recommended only if proper ammunition is completely unavailable. Shorter 32ACP cases do not provide gas seal but do provide very considerable freebore in the long cylinders, both ruining accuracy. At the time of its introduction into the Russian army service in the 1890s, the Belgian-designed Nagant revolver was at once a technological break-through and a quaint reminder of the old thinking. The quaint feature was the single leading through a gate combined with sequential extraction of spent casings. In retrospect, it actually made a lot of sense: the original cartridge was loaded with black powder, and individual extraction was more reliable than simultaneous. The swing-out ejector rod was definitely a bad design, slow in use and unnecessary given the option of fixed ejector rod similar to the American Colt SAA revolver. Fortunately, it turned out that the ejector rod was seldom necessary: Nagant chambers stay cleaner than those of any other revolver, and spent empties usually just fall out on their own as the cylinder turns. 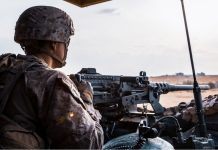