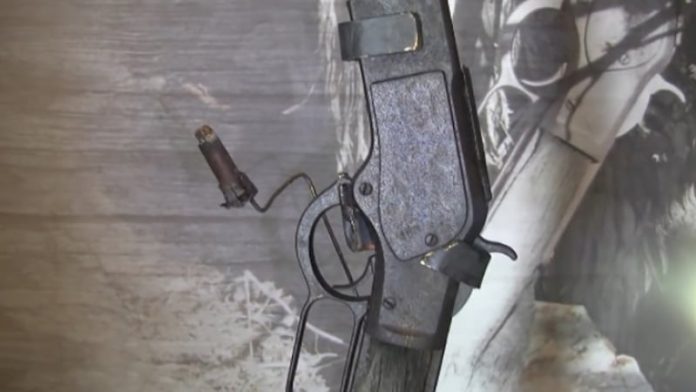 Remember that Winchester Model 1873 .44 found in Great Basin National Park in 2014? Here’s an update as to what happened to it and what researchers found.

The gun made headlines when it was stumbled upon, chilling out by a rock for what looked like a century or more– left behind by some hunter or potential Old West traveler. The Cody Firearms Museum and the Buffalo Bill Center of the West in Cody, Wyoming dated and probed the ’73, including finding a UMC-made .44-40 WCF round dating from 1889-1911 in the buttstock trapdoor. The gun itself was made in February 1882, making it 132 years young when found.

Now, the museum has stabilized the firearm and it is on public display at Lehman Caves Visitor Center, part of Great Basin National Park, in Baker, Nevada and mixup98 has some footage and background on it in the above video.