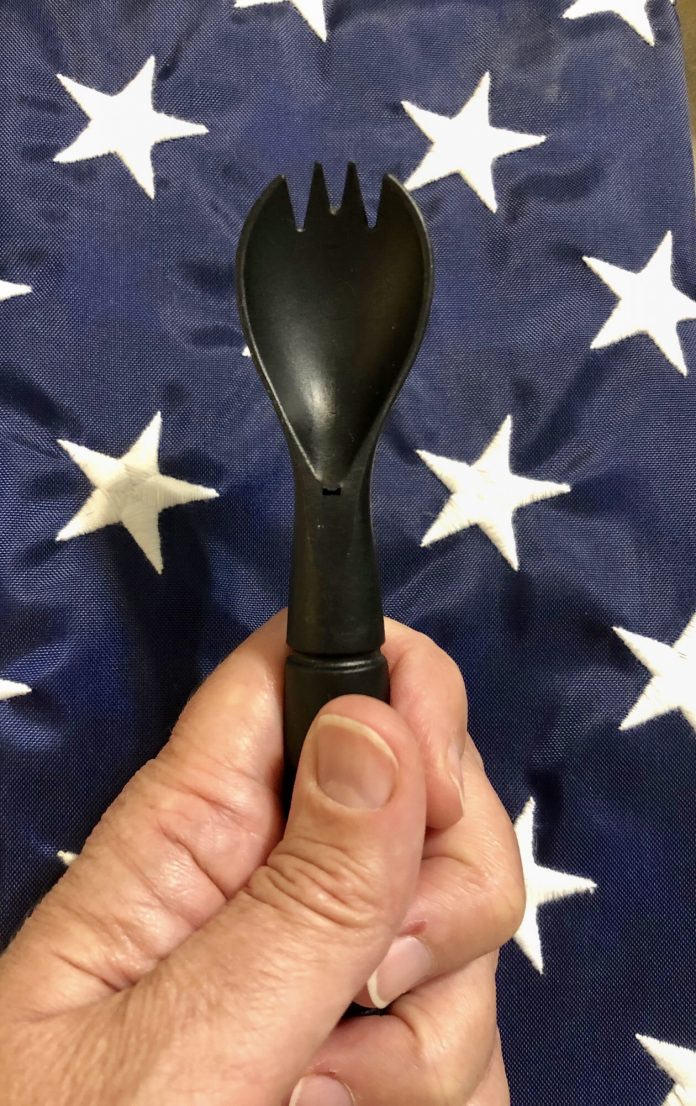 Anybody read about New York Governor Cuomo and his “undetectable knife” law?

Yeah, so I just bought a spork/knife combination on Amazon so I could have some type of eating utensil in my get home bag. The spork happens to have a serrated plastic knife in the handle. And it’s black. I guess that makes it an “Assault Spork”. Yeah, scary – woooooo.

Because the bag containing that spork resides in my car, I guess I’m now going have to worry about driving through New York State even if I’m NOT carrying firearms. What a pile of thoughtless feelgoodism the state legislature and governor have scraped off the barn floor. Banning the manufacture and possession of such items makes us all “safer” … or something.

“Undetectable knives are meant to be used by trained members of our police and military forces for covert operations — not regular civilians attempting to sneak weapons past metal detectors,” Cuomo said.”

… or by you know – picnickers and families on campouts – because you are a moron, Mr. Cuomo. Can you say “unintended consequences”? If these knives are “undetectable”, how do you propose to enforce this law? When you make inanimate objects illegal, people automatically give them up, right? Prison inmates do that ALL the time. Are you going to institute house-to-house searches?

Have there really been that many people trying to slip knives past metal detectors? How would you know, exactly? Unless you resorted to pat-downs and random cavity searches besides the metal detectors, I mean.

What exactly do police need with “undetectable knives” anyway? If some random beat cop needs one, then  I should need one too, just on general principle, right?

Yes, I know that the law was meant to include ceramics and other modern composite materials, rather than picnic cutlery or archeological artifacts, but no innocent person has EVER been caught up in a badly written law, now have they? My “assault spork” and I dare you to say that it won’t ever happen. Especially in New York.

This is just more impotent demonization of objects in place of controlling human behavior. We are NOT the Freaking UK, people!! We HAVE a Constitution. Get a Grip! Knives are bearable arms, too!

The spork portion of my new purchase is not terribly large or dangerous, but the knife portion IS a knife. It’s fairly rigid and serrated. I was able to slice off a hunk of homemade bread, slice a roma tomato, slice an orange peel, and stab an apple with it. It would hurt somebody if stabbed in the soft parts, but probably isn’t long enough to be deadly, and likely wouldn’t even penetrate heavy clothing. I don’t think your lawyer could argue a judge into believing that this isn’t really a knife. It’s just not a particularly scary one – even though it’s made of “undetectable” plastic.

You know what the real kicker here is? This item is made in Olean, NY. I predict that this will soon be another manufacturing operation which abandons New York State for greener (and freer) pastures. If so, good riddance, and may they shake the dust from their sandals when they leave.