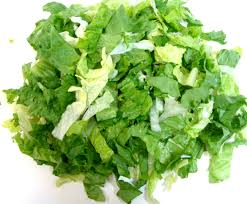 Have you ever considered the vast energy required to move projectiles at high velocity, with such sudden acceleration?  Or what happens to that energy once the projectile leaves the barrel? Depending on the firearm’s setup and the ammunition selected, the volume of gas released from the business end can be quite substantial. A muzzle brake designed to redirect that energy is common, but these are usually added only with consideration of aid to the shooter: mitigating felt recoil and reducing barrel movement.  Anyone who has fired

high round counts with too long of a handguard, or been on a firing line next to some jerk turning money into noise from a large gun with a muzzle brake, gets a totally different experience. A fairly unpleasant one, at that. Blasts from a muzzle brake can be a physically sickening annoyance to fellow shooters catching that wave in the face, or even destroy rail systems that extend too far. It may quickly prove to be an expensive mistake.

But, despite this being is an issue of legitimate concern, sometimes it can still be all fun and games.  Matt on Demolition Ranch takes us out to the range to show us what kind of force comes from the rapidly escaping gas of a rifle’s muzzle brake.

Armed with his new skeletonized AR-10 style .308 from F1 Firearms complete with a rose-gold bolt carrier and spiral-fluted stainless barrel, he uses all that accuracy potential to illustrate how much blast leaves the muzzle brake via sacrificial destruction of several heads of lettuce, a couple rolls of paper towels, cans of soda, and whatever else he can scrounge out of his pantry.

And then he moves to a .50cal, and things get really messy.