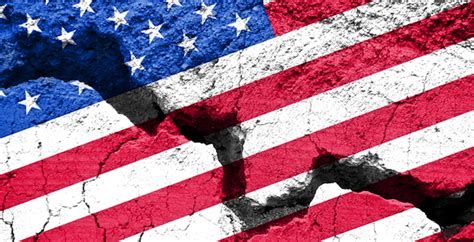 In a recent blog post a couple of shooters wondered if they could pass the Texas live-fire qualification—blindfolded.  They succeeded with respectable, though not spectacular, scores.  In their blog they pondered the value of such testing for government permission to carry a gun:

Should the tests be more rigorous, or abandoned altogether?  Might they do more harm than good by certifying less capable shooters, leading them to believe they are “qualified” when they are not competent?

Under such circumstances, is there room in either camp for creative thought on how America might better regulate gun carry?

Presently, 42 states and the District of Columbia honor the right to carry.  A dozen do so without reservation, requiring no permit at all; thirty require a permit to carry concealed, which their laws mandate “shall be issued” to every qualified applicant.

Of the remaining 8 states, discretion is delegated to county officials. Some are fairly liberal in issuing permits while others issue none except under stringent prerequisites (or as political patronage).  Is this the way “rights” in America are supposed to work?   Voters can’t know why some are granted and others not without full transparency.

A critical question is whether the Constitution allows each state to exercise its “police power” to require a permit to carry.  If no one is issued a permit then the “right to bear arms” is rendered moot.  If everyone is eligible for a permit upon request then there is no regulation whatsoever. Is there some rational midpoint in this spectrum?

Perhaps a useful midpoint could lie in how a state “qualifies” its residents to bear arms.  Let’s step out of the box of imposing a hurdle that must be passed or else — the Constitutional right is denied.

Imagine a qualifying test in which the applicant would be scored but not held to a pass/no-pass  result.  Virtual reality scenarios could be presented and the applicant would be obliged to make laser gun shoot/don’t-shoot decisions under the artificial adrenaline rush. Correct/incorrect decisions in the programmed scenarios would be judged by lawyers specializing in self-defense law.

But, as always . . . Who will pay?  Today, such a virtual reality kit would be remarkably expensive; however, that should change in the future and there is already a case to be made for routine training and qualification of police in just such an environment.  Each police agency should be equipped with the technology for the primary purpose of training and testing officers.  Then, ordinary citizens could have ready access to the police equipment to qualify for a carry permit.

Nearly no civilian could earn a respectable score without training, which should appeal to the controller mentality. Yet any Tom, Dick or Mary could walk out of the testing forum with a permit emblazoned with his/her score.

Applicants would be told that their permit, with their qualifying score, would be presented to the jury at trial if they ever were involved in a shooting incident.  That would be sobering.  Any rational applicant with a low score would be eager to seek further training before beginning the practice of carrying a gun.

An important part of this would be the right of permit holders to retake the test when they think they will qualify with a higher score. In that way, further training would pay off with increased recognition of their skill levels.

But favorable to the rights mentality, there would be no specified score officially declared to be “passing”.  No government endorsement would be implied by your score.  The permit would serve only as a certification that at the time of application you did not appear in the state’s and Fed’s database of prohibited permit.  But your score would be evidence of your initial degree of competence.

States would publish aggregate data of scores “on the curve” (by percentile). For example, it might be known that 25% of permit holders scored above 80 (of 100 maximum); 50% scored between 40 – 79; 5% scored below 45 and chose to retain their permits; while 20% scored below 45 and elected not to accept (at that time) the permit to which they were Constitutionally entitled.

Could some such approach promote responsible gun carry?  Shouldn’t we discuss ideas such as this, despite (or because of) their contradicting both sides’ taboos?

How is this approach different from that taken by the dozen states that require no permit whatsoever?  How is it different from the 26 states that have no live-fire qualification prerequisite to being issued a permit?  How would it affect applicants with some physical impairment such as blindness?  Would these individuals seek applicable training in tactics (such as shooting only when in physical contact with an assailant) appropriate to their handicap?

This policy is highly unlikely to be implemented by any state.   But it is an illustration of the sort of idea that could be discussed in polite company—if there exists any such thing in the firearms debate.  It might lead to other proposals that could further break the stalemate.

Suppose that a no permit-required state (known as “Constitutional Carry”) implemented such a proposal.  Since no permit is required in such a jurisdiction, such a test would impose no impediment on anyone’s rights.  More cautious may-issue or even some shall-issue states might decide to grant reciprocity only to permit-bearers with a score above a certain mark– but that would not prevent permit bearers from carrying in their own states.

The firearm argument is frozen right now.  We the People cannot engage effectively under the fog of taboo.   Second Amendment advocates will not undertake a democratic search for meaning of the “Right to bear arms”. Without other movement, we are simply waiting, until five Supreme Court justices tell us what, if anything, that right means.