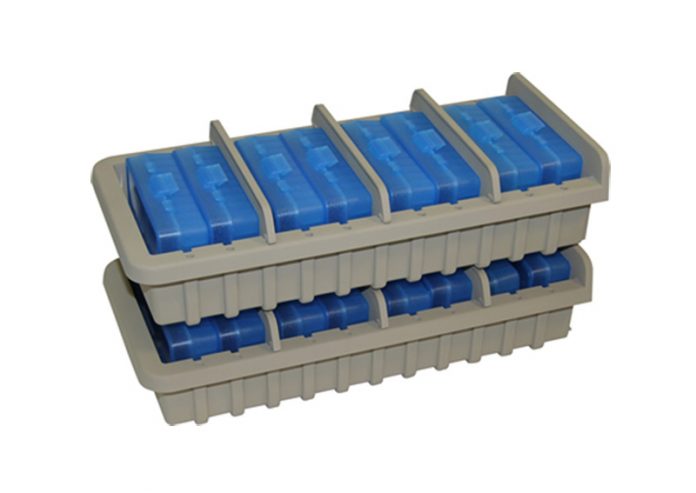 The AR9M and AARS allow gun owners to store ammunition in a variety of manners, including stacked flat, standing up or mounted to a wall. For wall attachment, MTM includes four holes molded into the back of the rack to achieve secure mounting.

“Since 1968, MTM has continued to design and produce products for the shooting enthusiast. From ammo boxes to gun rests to clay target throwers, MTM offers a huge variety of products essential to the sportsman.  For 2018, MTM introduces an all new way of storing ammo boxes with their new Ammo Racks,” MTM said in a statement. “Offering sturdy, adjustable shelving, you can alter the shelves to match your needs.”

The ammo racks boast a Dark Earth rack paired with clear blue ammo boxes. The racks are made in the U.S., with the AR9 priced at $20.99 and the AARS retailing for $18.49.