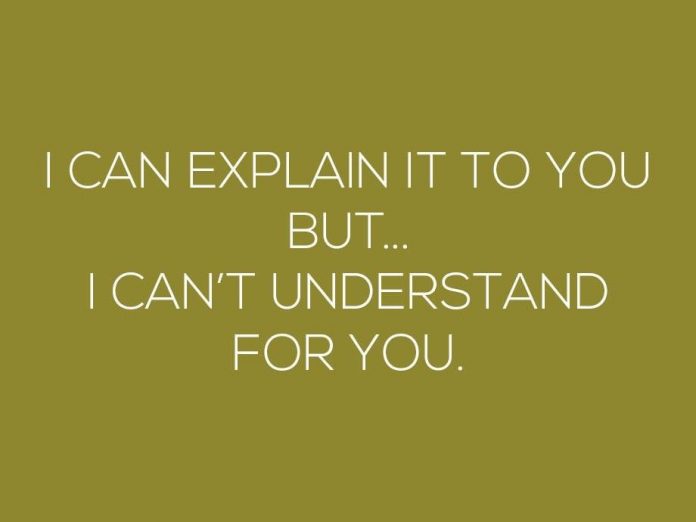 You are sabotaging your message more effectively than any external group possibly could.

The display of ignorance, arrogance, and vehement disregard of dissent lends you no credence where you need it. You do not need the allies for gun control that you currently have. They were waiting for you or someone like you to advance a tired broken record of an agenda.

You don’t need the ‘Fudd’ folks either. Those people who have illegally converted personal rifles into SBR’s…

This is felony that can jail you for 10 years by the way.

Or those who display their ignoramus nature through lack of even a rudimentary understanding of technology.

You actually don’t need the loud masses at all.

“When your old-ass parent is like, ‘I don’t know how to send an iMessage,’ and you’re just like, ‘Give me the fucking phone and let me handle it.’ Sadly, that’s what we have to do with our government; our parents don’t know how to use a fucking democracy, so we have to.” – David Hogg

The same could easily be said to you, young man. The message you’re spreading is, at it’s core, vague and inconsistent. The technological illiteracy here combined with a vague indefinable goal is the movement’s great deficiency and there appears to be little to no effort to bridge that gap, or any other.

I can easily say, ‘When a dumb-ass kid is like, ‘I don’t know how these guns work or the laws that are already in place.’ and you’re just like, ‘Shut up before for you hurt your argument further and let me explain the big picture’ Sadly, that’s what we have to do with these protesters; these children don’t know how to use a fucking Constitutional Republic, so we have to.’

David, the allies you need are the folks you have accused of having blood on their faces. The ones accused of not caring for, not thinking of, and completely disregarding the safety of kids in the pursuit of profits. The allies you need you have shut down, shut out, and attempted to eject from the discussion entirely.

The allies you need are firearms experts.

The echo chamber around you is immutable to both relevant and irrelevant criticism. Regardless of your personal feelings on all the various topics surrounding firearms you must recognize that you are not alone nor is your opinion the sole relevant opinion. This extends to the entire movement. The movement does not exist on a pedestal of moral superiority and by taking that perspective you immediately start a fight, not a discussion.

The now nauseatingly rhetorical question of “Why can’t we have a reasonable conversation on gun control?” is very simply answered. Nobody (or very very few) anti-gun people actually want a discussion, they want an agreement to their allegedly morally superior position which pushes immediate denigration of the dissenting positions. And when anti-gun individuals do not want to come to a discussion (no matter how they title it) it mirrors on the pro-gun side. No one has a reason to come to the table of reason because reason was never offered.

David, find the experts. Learn from them. Broaden the knowledge base you are attacking this problem with so that nobody of reason can find you unreasonable whether in agreement or not.

You are angry, on fire with momentum trying for a positive change, and this makes you your own worst enemy for the end goal. Logic and problem solving are a largely dispassionate pursuit.

When you, your allies, and followers are on international media across the platform spectrum claiming that, having been on the receiving end of gunfire, you are the experts yet disregarding the entire veteran, law enforcement, and citizen community who share that experience but differ in opinion the argument looses validity entirely.

Letting accusations of evil towards anyone but the perpetrators and direct accomplices lead the discussion to a grinding cataclysmic halt.

The accusations that you were not at the school or that you were ‘a crisis actor’ are asinine. Equally absurd are the accusations that pro-gun politicians, card carrying members of firearms organizations, and the owners and employees of firearms industry companies deal solely in the blood of the innocent. But an unreasonable ignorant visage using the shock value of profanity and waving the bloody shirt gives every shred of false credence to such stories. It’s easier to believe you’re a faker because so much of what you are using to make your points is utter bullshit.

Instead of saying ‘A deranged kid came into my school with an AR-15, killed 17 people, and then left blending into the crowd. That can’t happen again. How did it happen and how do we make it to difficult or impossible to repeat?’ your message was “they could have blood from children splattered all over their faces and they wouldn’t take action!” blaming a group of 6-100 million people who did not attack your school.

As you distance yourself from the extremist language on the anti-gun side so too will you find equal distance from the idiotic conspiracy nuts who happen to fall into the pro-gun camp.

Grant the position that everyone involved in this discussion wants to make the nation truly safer and you will experience a dramatic shift in how these conversations go. Grant that just because you do not like an answer does not invalidate the answer.

Grant that we are good people too and that we are actually here to help… and my being a 2nd Amendment absolutest does not change that fact in the slightest.