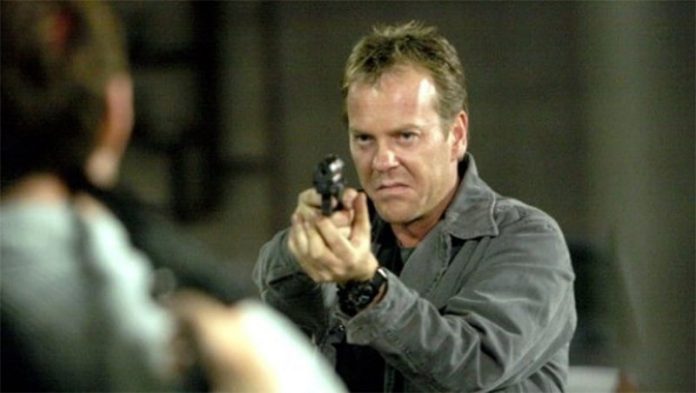 Gun aficionados—particularly those with a military combat arms or law enforcement background—tend to have a habit that irks those who are not gun aficionados, service members, or cops. While our non-gunning civilian friends are watching a film and enjoying the storyline, the character development, and the special effects, we’re the type to cringe, point at the gun, and go, “Hey, that’s not how you hold that! That’s not what that optic looks like! You ran out of ammo already, dude!”

“Why can’t you just sit back and enjoy the movie?” Well, I can’t speak for everybody, but I probably could if the producers of these TV shows and films took twenty minutes on Google to look these things up. Most productions actually would not even need a military or LE adviser, or a weapons adviser. It is ridiculously easy to find most errors rather quickly with a little Google-fu.

I was watching Ronin—starring Robert De Niro and Jean Reno—and was admiring how authentic they kept their weapons and tactics. I knew what I looked for, but perhaps those who don’t understand or are new to firearms don’t know why we groan at easy errors. So, I’d like to demonstrate some of the most common errors I see in cinema. 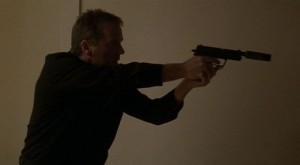 This is probably the worst offender I see in popular media. It seems very few people know how to actually hold a firearm. I picked a screencap of 24 (one of my favorite TV shows) specifically because very few people on that show know how to hold a weapon, and it drives me up the wall.

Fingers on triggers when not firing. Teacupping semi-automatic pistols. Chicken-winging when firing an assault rifle. Thumbs in the wrong position when gripping semi-auto pistols. This merits the first mention simply because whenever a publicity shot of a Hollywood production shows a picture that violates this, you can bet doughnuts to dollars that there are multiple commenters criticizing them on it. This is not anything new, either. Yet, Hollywood doesn’t deem it necessary to make such a simple fix. Take the actors to a range for one day, or even just YouTube videos of people at the range and see how they do it. It’s not difficult at all.

This one is a particularly annoying error I see in Hollywood productions. On both active duty and with my service in the National Guard, I have been a grenadier, and I have handled both the M203 and its successor, the M320. Grenades are not rockets. They are not heat seeking, they do not curve, and when you fire them, they do not sound like a rocket launcher.

Notice how quiet it is. It’s thunk. I’ve only seen a handful of movies actually get that right. The Michael Bays of Hollywood don’t think that’s cool enough, so they turn it into some extravagant explosive affair that it is not. Don’t get me wrong: you do not want to be on the receiving end of a 40mm high explosive grenade. Do not mistake its relative silence for weakness.

Originally, I was going to title this part “bottomless magazines,” but there’s so many offenses in this department that it merited an expansion.

There is the bottomless magazine trope. We’ve seen it before. The hero or heroine walks into a room and kills thirty people easy without ever once stopping to reload. I think even non-gun types end up scratching their head and asking, “Does it really hold that many bullets at one time?”

There is an opposite yet equal offender to this trope, though.

I could not find video for this scene, so I found a still instead. In the 2004 film “The Punisher,” when Frank Castle commences his final assault on the Saints’ compound, he has to transition to his secondary after his primary is damaged by gunfire. Good transition, and he takes down the nearest threat. Four shots later, he drops his magazine and loads a fresh one. The first one, I could understand as being a quick tactical reload to plus up his gun. He does this two more times, one of those times after firing two shots out of the gun.

To me, that screams, “We want to show off that we know about reloads!” Well, yes, good for you, but you’re not going to just ditch all that perfectly good ammo! What if you encounter threats further on? You’re leaving behind ammunition that you could use later on.

The other thing that bothers me is nomenclature. There are characters who are professionals, people trained in proper terminology, who are calling magazines “clips.” Seeing Jack Bauer call magazines “clips” when his background from the 24 Wiki indicates he is former JSOC and LAPD SWAT (don’t ask) makes me facepalm every time. Or, when he calls rounds “bullets.” It’s the details, the little things.

I’ll just leave that there.