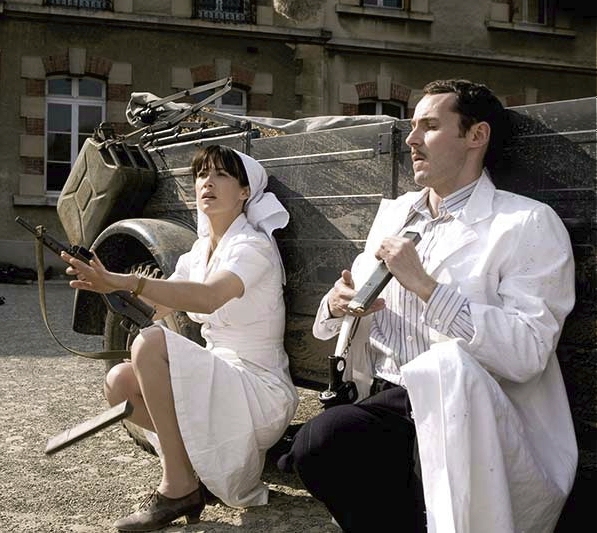 Cam Edwards brought to my attention Stephen Gutowski’s October 27 article in the Washington Free Beacon, “Health Care Workers Help Drive Gun Surge, New Study Says”. We talked about it yesterday on his show on Bearing Arms — Cam & Co, which I always enjoy. Unfortunately, my side of the audio is nearly incomprehensible, so I’ll share the meat of our conversation here.

We know that American firearm sales have dramatically increased since the spread of SARS-Cov-2 (COVID-19, coronavirus, etc.). This study’s methodology is nothing to write home about. Their total population was 1,432 of whom 263 bought guns “during the pandemic”. A randomly selected, nation-wide sample that size might have been meaningful, but it was neither. It did turn up a fairly broad range of respondents, but they were self-selected by choosing to self-administer an online survey. So the results are skewed and cannot represent the U.S. population. It was “administered” at the end of May, asking about decisions since February.

With those caveats, the survey found that “Firearm buyers differed statistically significantly . . . from non-buyers based on sex, age, ethnicity, marital status, education, having children at home, employment status, income, political orientation, location, and region of residence” and in perception of the societal impact of increased firearm ownership. Most of the differences follow well-known patterns. The more interesting discriminants were that “young, single, urban dwellers, healthcare professionals, and Hispanics were more likely to have purchased a firearm.”

That being “employed in healthcare professions” was the 3rd highest correlation of their 18 predictor variables with purchasing a firearm aroused our curiosity. Gutowski reports that 69% of those purchasing firearms were healthcare professionals. My knowledge of statistics doesn’t pull that number from the study analysis, but it certainly is substantially more than any of us imagined. Congratulations to Gutowski or his source for finding that interesting tidbit amid all the rather expectable findings that were highlighted by the authors.

Why? is the question Cam and I discussed. As we all began to realize the early impact of this virus, health care personnel knew they were going to be overwhelmed. Recall New York City’s severe infection, illness, and death rates from March and April. It was bad everywhere until we began learning not to over-ventilate COVID pneumonias, that there were frequent blood clotting problems perhaps couples with a degree of general vasculitis, that treating the immune response is key to recovery, etc. During this time, selfless nurses, doctors, and other health care professionals answered the call from hard-hit urban areas (especially NYC), traveling there in order to relieve stressed out local staff.

These were scary times, and deciding to enter places described as “war zones” included questioning one’s personal safety. And perhaps taking measures to try to ensure that, as well as our families for those of us overworked at home. We in health care may have found it easy then to anticipate a virtual zombie apocalypse, as this plague was threatening to infect and kill a large portion of the population in short order. Thank God it didn’t, thanks to the inconsistent lethality of this virus, and the common sense of people enduring plagues over millennia, to mask up and avoid close contact.

In addition, we suspect that highly variable gun laws from state to state reduced the numbers of providers who were willing to temporarily relocate to serve the inundated areas. NYC was a particularly undesirable to anyone who relied on carry for self-protection, since it essentially prohibits that for all. But the patchwork of laws and varying reciprocity similarly blocked too many volunteers who would otherwise have been glad to help.

Beyond that, who knows? George Floyd was killed May 25, which set off our “summer of love” and violence in the streets, which has given further cause for fear and preparation. That occurred just as the survey was being taken, but it shouldn’t have affected the number of gun purchases reported during preceding months.

DRGO hopes that medical personnel are waking to the fact that our sort of work makes us highly vulnerable to assault. As a group, ER staff are at highest risk, as they take over the care of sometimes confused, upset, agitated patients without further help from the police who brought them in. Within the specialties, psychiatrists like me are at greatest risk of harm, since we usually treat the mentally ill one-to-one without ready help available, especially in our own offices.

A corollary worry of ours on which Dr. John Edeen is particularly focused is the likelihood of terrorist attacks on medical institutions. These have already occurred many places internationally, and it is only a matter of diminishing time before U.S. hospitals and care facilities are targeted.

Even in the era of COVID precautions, limiting visitor access and stationing unarmed “security” at access points means nothing to a couple of vehicles worth of well-armed fanatics eager to die for their cause with as many bodies as they can accompany. Insiders are all too often part of these plots as well.

Once inside, they’ll find hundreds of undefended, disarmed victims to garner, many essentially disabled and sitting ducks. I am encouraged by one of my area’s largest hospitals employing more and more armed security, but that is still a rarity across the medical world.

The article’s authors, of course, conclude by worrying about the general increase in legally owned firearms, recommending . . . what? Additional gun laws!

Our bottom line remains that being prepared to fight is the best bet to prevail if and when the fight comes to you. As important is to be able to protect the vulnerable people who trust us to care for them and, in extremis, vigorously defending them too.