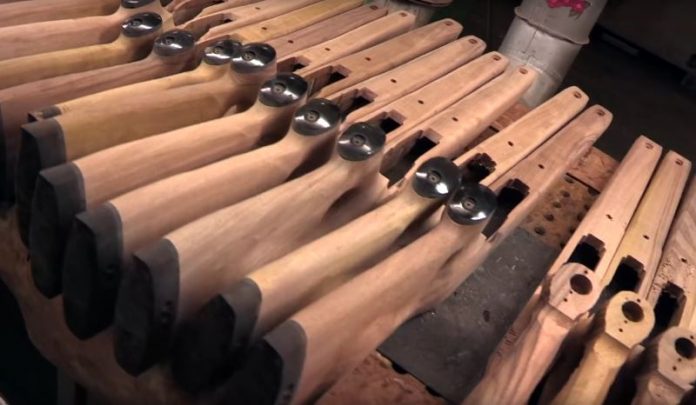 Founded in 1940 to make the Shpagin PPSh submachine gun during the Great Patriotic War, Molot’s VEPR line is imported to the states but they offer a lot more that is not currently approved to ship.

The Polyany arsenal, or more specifically, Vyatskie Polyany Machine-Building Plant, was state-run until 1994 and during the Cold War made the famous 9mm Stechkin APS machine pistols, RPK light machine guns and Plamya AGS-17 30mm grenade launchers. With their VEPR line of rifles, they started exporting to the U.S. and in 2009 took the name Molot for that side of the business, upping the ante with selling surplussed SKS, Mosin-Nagant, Mauser, and SVT-40 rifles from Russian storage.

They have also been hard at work on other projects, many of which we cannot get here due to the current regulations, sanctions and embargoes.

Here is a look of some of their hardware, courtesy of Molot’s InstaGram feed.