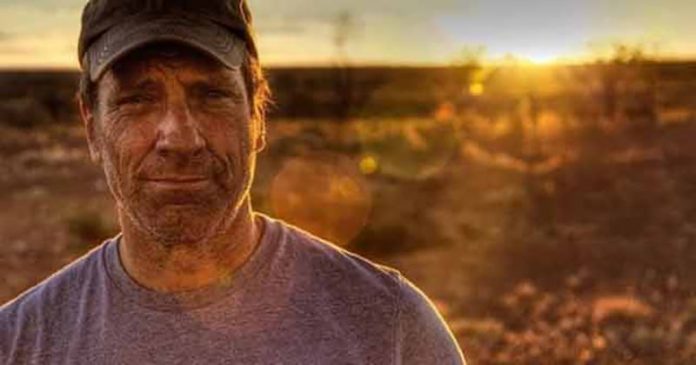 Host of the Discovery Channel’s Dirty Jobs and CNN’s Somebody’s Gotto Do It, and just all-around great guy, Mike Rowe explained in a recent Facebook post how he learned about the mass shooting at an Orlando nightclub Sunday.

I’m on a plane now, headed back to Baltimore, watching this nightmare unfold on the seat-back in front of me. There’s a kid sitting next to me – maybe ten years old – trying to get his head around the details of what’s happened. He has many questions, and because he’s seen me on television, he thinks I have the answers. All I could think to tell him was the same thing I always recall on days like this one. It’s a quote from Mr. Rogers.

When I was a boy and I would see scary things in the news, my mother would say to me, ‘Look for the helpers. You will always find people who are helping.’

Mr. Rowe concludes his post by writing what should be the obvious, “Orlando, and the rest of us, need all the helpers we can get.”

Mr. Rowe signed off with “Godspeed,” and was immediately met with praise for his way in handling the situation.

Except for this one guy by the name of Stan Shickandanz, who was apparently appalled at Mr. Rowe’s reaction.