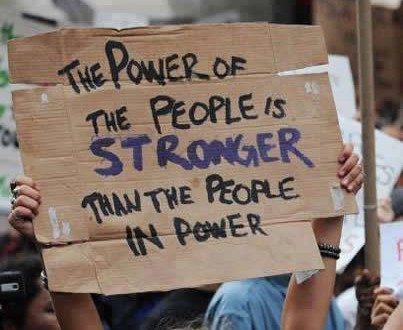 One of the best parts of doing this job is getting to know people. I am lucky enough to interact with manufacturers as well as end users on a daily basis. One such interaction was getting to meet the Chrzanowski family. These are hard working salt of the earth people who have created a successful business here in Michigan, they work hard to teach their children respect, manners and gun safety in a society that seldom respects these teachings. Had I not gotten out and taken training courses with PDT I would have never had the privilege of meeting this great family.

Stacey’s daughter Jaclyn Chrzanowski recently wrote this article.  Jaclyn is a student at Eastern Michigan. She is a poli-sci major and will graduate in less than 2 months. She is passionate about 2nd amendment and a fan of our page. Thank  you Jaclyn for all that you are doing and we look forward to congratulating you on your Graduation. We hope you might bring some common sense to those in Government.

We reported and encouraged our fans to join the rally that is discussed below. Word has it several of you had a chance to make it out. It is our pleasure to support a group acting locally for the best interest of Michiganders and Americans. I am a follower of their page on Facebook and would encourage each of you reading to consider giving them a like. A link is located at the end of the article.

This Saturday, October 19th, several Michigan patriots united at the River Raisin Battlefield in Monroe, MI. The River Raisin was one of the many national parks closed throughout the first two weeks of October due to the government shut down. The rally was originally intended as a statement to the government overreach of denying admission to national parks for seemingly no reason.

The River Raisin Battlefield mirrored the profile of many coned-off parks: walk up sites, no fee for admission, no armed guards or any other sign to indicate why citizens were being kept from walking down a sidewalk in a battlefield. However, the park was furnished with new chains and poles to keep visitors out during the shutdown. As the government temporarily opened its doors again before the rally on the River Raisin could commence, the group still met in the wind and cold on Saturday to recognize the importance of the park and its history, as well as the increasing government involvement in day-to-day actions.

“This isn’t one huge offense,” spoke Frank Chrzanowski, a resident of the Monroe area that worked with others to organize the rally, “the federal government is coming in and stripping citizens of their rights slowly. It is one small nibble at a time and before you know it, you have blindly given them your power.”
Brett Moyer and Kym Muckler joined Frank in creating a Facebook event page and inviting speakers to share their thoughts on the current citizen-government relationship. Dr. Robert Costa shared his family heritage while also illustrating his concern for the futures of his children and grandchildren. The group held signs such as “Patriots Over Politics” and “This Land is Our Land,” as they shared stories and sang our National Anthem.

“We have to do something, this is just the start;” Brett Moyer stated over the microphone, “This tide needs to keep moving and grow stronger.” Before departing, the group decided to find a way to collectively stay in touch to further the reach and involvement of citizens in a local setting. The page “Michigan Ohio Freedom Fighters” was created on Facebook to allow like-minded individuals to bring issues for discussion, and build a network for future rallies and calls to action.

No matter your political affiliation or background, if you are concerned about the actions taken at a federal level it is imperative that you express your opinion. The Saturday rally was non-partisan, and the group prides itself on being a collection of Americans from different backgrounds with a common goal.

“This is completely non-partisan,” voiced Brett. “I am a citizen, and I’m acting as a citizen.” To join the Freedom Fighters, visit:https://www.facebook.com/miohff.