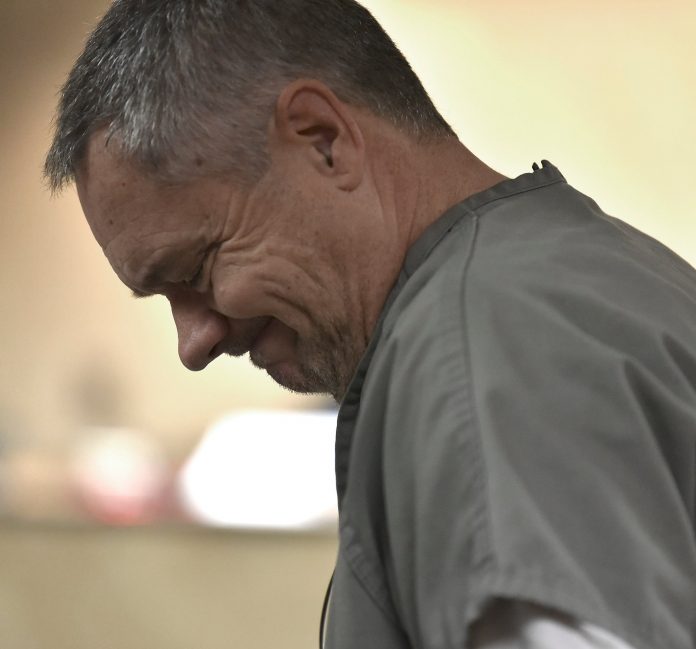 Image Via the New York Times

Jeffrey Zeigler is going to prison

Zeigler, 53, a retired firefighter says he awoke to his wife, Dana Zeigler, screaming about a black man trying to break into their home.

Brennan Walker, the lost teen who was trying to retrace his bus route on foot to school (because millenial problems) knocked on the Zeigler’s door to ask directions.

Jeffrey’s response to to a teen who had knocked on the door and his wife’s alleged hysterics was to grab an over/under shotgun, run onto the front porch, and fire at the fleeing teen in what he described as “a warning shot”

“Everything happened so fast, it was absolute madness, craziness,” Zeigler said.

Zeigler vehemently denies that he took aim at Brennan, claiming that he planned to shoot the gun up into the air, but he stumbled on wet pavement outside and his finger slipped from the trigger guard onto the trigger, and then the shotgun fired before he had intended it to.

The video proves this is absolutely false. Zeigler took aim, it looks like he tries to fire with the safety on, switches the safety off and fires. Furthermore nothing was happening fast, Walker is sitting on the porch waiting to talk to the residents of the home like millions of harmless interactions.

Caution is always warranted, nothing more.

Zeigler didn’t observe. He didn’t analyze anything in front of him.

Zeigler said his reaction was instinctive, after serving nearly 25 years as a Detroit firefighter. “We run toward danger, to mitigate it. That was my instinct, absolutely,” he said.

This is a poor excuse. I’d place a wager on your training, it never taught you to run in blind and stupid Mr. Zeigler. You would be excoriated for running into a structure fire that was about to come down on you or opening a door that was going to cause a flare up and worsen a fire.

“Run towards danger” is a catchy line for newspaper heroics just like Marines and soldiers “run towards gunfire”. It’s a shit legal defense.

He also testified that since the shooting, he’s regretted it every day.

“I wish I was awake and was the person to answer the door…I would’ve given him a ride to school, because I know it’s a long walk,” he said.

Jeffrey Zeigler is now paying the price for piss poor preparation. He didn’t know how to address his panicking wife. Additionally not knowing how to address a threat at his door. All of the bad decisions that could have been made were pretty much made.

This is going to cost him 4-10 years of his life. I personally believe his wife is culpable in this tragedy for freaking out about someone opening their outer screen door in the daytime, but Jeffrey fired the shotgun.

Don’t Be That Guy